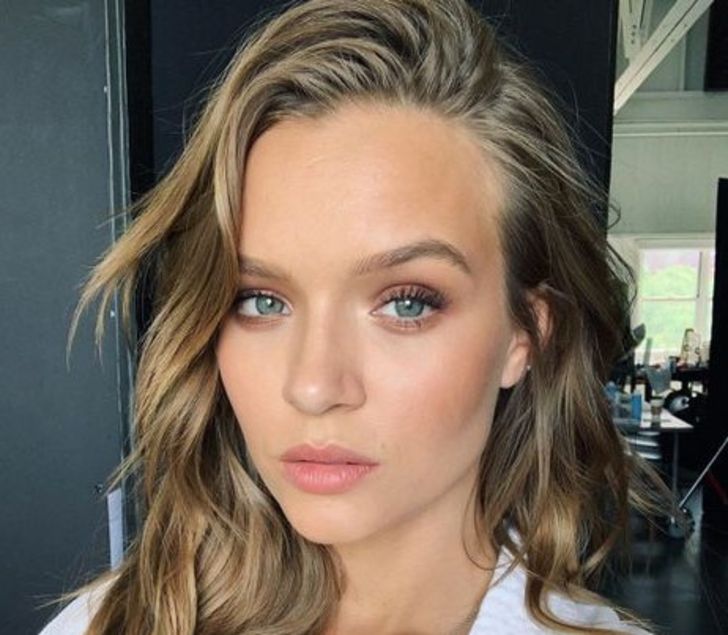 Danish-born Josephine skriver is one of the hottest and bold models. Skriver has worked for Gucci, DKNY, Victoria’s Secret, and also featured on the magazines including Vogue, Elle and more.

The model uses her Instagram profile to promote brands where she’s already garnered more than 6 million followers. Let’s dig deep into the personal life of Josephine Skriver as we talk about who is her parents, boyfriend, and her background.

Well, before that take a look at her quick facts below.

Originally from Copenhagen, Denmark, Josephine Skriver born on 14 April 1993, making her age 26, as of now. Similarly, Josephine Skriver Karlsen is the daughter of two homosexual individuals, who conceived her and their younger son through IVF.

Additionally, she has a younger brother named Oliver Skriver. Josephine mother is an IT expert and the father is a marine biologist yet her parent’s name are still in the dark. Her nationality is Danish and belongs to Dutch ethnicity.

Skriver has a towering height of 5 feet 11 inches and weight around 62kg. Likewise, Josephine has an hourglass shape and bust, waist and hips sizes are 36-23.5-35 inches. Moreover, she is a woman with a slim waistline and round butt.

The Victoria Secret’s model has maintained her figure and follows her diet but she loves chocolate so much.

At the age of 15, Josephine was approached for modeling while she was on a trip to New York with her soccer team. After returning to her nation, Josephine signed a contract with the international modeling agency Unique Models, based in Copenhagen.

Then she got continuously approached by many other agencies outside the country but waited until she graduated from her high school.

After finishing school, Josephine indulged herself in the fashion world and till now, she has walked more than 300 fashion shows. In February 2016, Skriver became Victoria’s Secret model and walked along with Sara Sampaio, Romee Strijd, Lais Ribeiro, Jasmine Tookes, and Martha Hunt.

Back in 2015, she became an ambassador of the Family Equality Council. Moreover, the Danish model became an advocate for LGBT rights.

The supermodel has an estimated net worth of $12 million. She accumulated most of her net worth through modeling and extra worth from her photoshoots.

Who is Josephine Skriver Boyfriend? Is she Dating or still Single?

Josephine Skriver deeply in love with her fiance, Alexander DeLeon, who is an accomplished American musician. Above all, the couple got engaged on 23rd November 2018, in Finland under the full moon of Northern light. After two weeks, walking the Victoria’s Secret Fashion Show, she said yes to her longterm boyfriend.

Before their engagement, Josephine and Alexandra dated almost five years. Now, they lived together in Nashville, Tennessee.