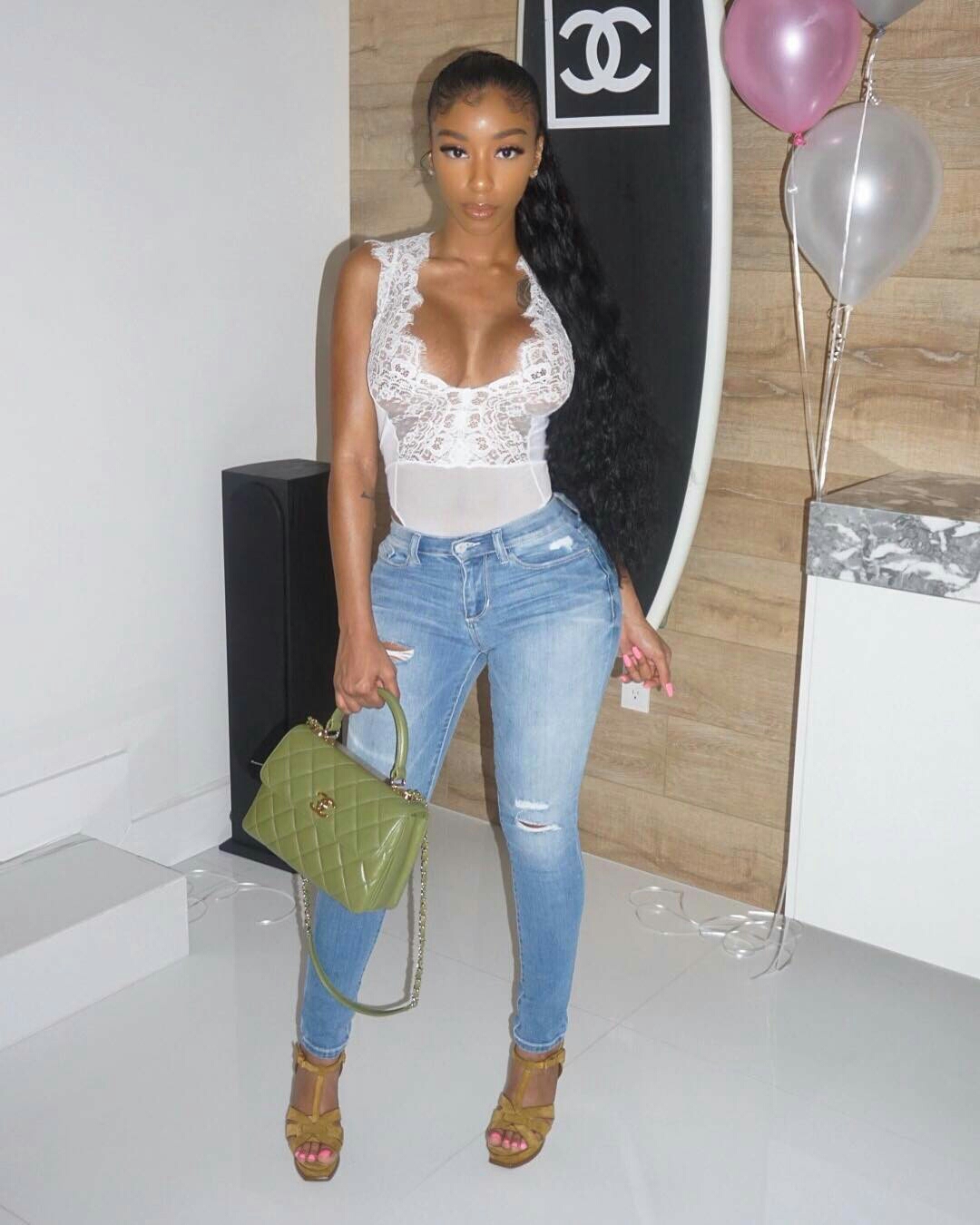 “A role model is a mentor, someone you see on a daily basis, and you learn from them,” same as the case with Ashley Burgos who is following the step of her mother,  Bernice Burgos.

The mother-daughter duo is very close to each other, and together they own a lingerie clothing line called Bold & Beautiful.

Bernice Burgos gave birth to Ashley at the tender age of 15, and her biological father is still unknown. Ashley Marie Burgos was born on May 9, 1996, in New York City, USA. Also, she has a younger sister Amarie Burgos.

She starred in many music videos and was on MTV’s Wild ‘N Out,

Ashley is an entrepreneur and model. Ashley and her mother are the owners of the sleepwear collection: Bold and Beautiful. Both mother and daughter own a selection of sexy sleepwear which is a famous brand in America. It includes pajamas, rompers, briefs, and bralettes.

The outfit of the sleepwear is exotic and appealing to wear. Ashley herself often does the promotion of the costume from her Bold and Beautiful collection.

Ashley’s passion for costume designing and promoting her brand disclose her interest in the modeling sector. She has a very sensual body. In fact, most of the people can feel the temptation about her looks. Her physique ideally reflects that she is a model.

Ashley stands tall with a height of 5 feet 1 inch and has a decent weight. Even after her pregnancy, she has maintained her figure well and flaunts her body in her social media accounts.

The 21 years old model was rumored to be pregnant. People are comparing her with her mother who also got pregnant at a young age.

By looking at her picture, the rumors of her pregnancy have been confirmed to be true.

She even posted an image on Instagram showing her pregnant body. Many people criticized it saying that how could one be pregnant at the age of 21!

This news created quite a buzz but then Bernice cleared people’s bewilderment with an Instagram post, stating that she was a young mother and she will be a young grandmother.

American model and Instagram star, Ashley is dating her boyfriend Bubba for a long time who is the co-founder of the music label HBTL.

Ashley gave birth to her baby girl and named her India. She first posted a picture of her baby on 15th March 2018.

Since then, Ashely has shared many photos of her daughter mentioning her happiness. Well, it comes as no wonder since India is lovable. It seems the model owns parenthood.

However, Ashley is now back and hard at work. She is a good mother and takes care of herhttps://www.instagram.com/p/BgUX-9vljJX/?utm_source=ig_embed daughter.

I got my baby looking like a little boy she was over it ???‍♀️?‍?

Ashley’s Relationship With Her Mother

Talking about Bernice’s Relationship with her daughter, it is pretty sure that it was hard for Ashley to grow her up without her father.

Bernice raised Ashley as a single mother she had to accept the responsibility of a mother meanwhile played the role of a father figure. And eventually, Ashley has paid her mother’s struggle by making her proud.

An Instagram model, Ashley is reported to be enjoying the single life. Despite many rumors about her, she has always kept her personal life off the media and spotlights. She has a sister who is ten years younger than her. Her name is Sarai Burgos.

Ashley has kept her education status private. But analyzing her profile, she might have a business management background as she owns and runs a company with her mother.

Ashley is an Instagram star who has followed her mother’s footsteps and entered the entertainment industry with Social media.

Before that, Ashley used to work as a waitress and bartender. As per Instagram feed, she looks like the type that fits into the category of model.

Ashely’s net worth is estimated to be $1.1 million.

When it’s about celebrity, there comes rumors and discussions. Ashely was also rumored to have Buttock enlargement. Yes, one can assume this by looking at her images on Instagram.

Her picture with the sleepwear and bikini gives a clear idea about the augmentation of the buttock.