Mitch Grassi Weight Loss | Meal Plan, before and after 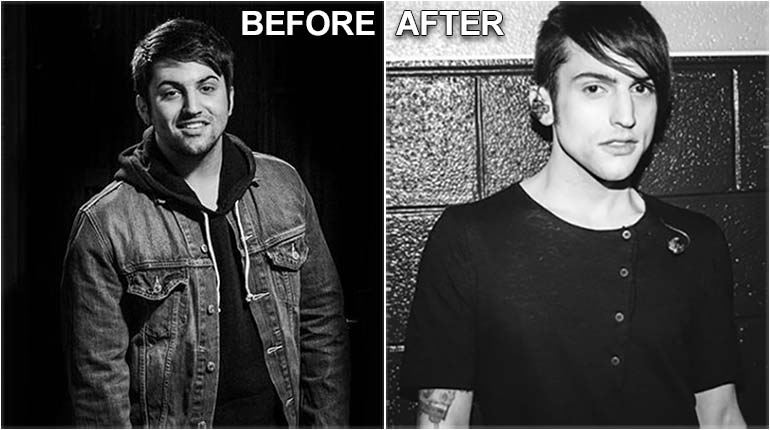 Mitch Grassi is a popular American singer and vlogger. He is renowned for a Capella group called ‘Pentatonix.’ The group has a fantastic mix of voices and sing songs without playing any musical instrument. Mitch Grassi is the lead singer of the group and always in the spotlight more than others team members.

Mitch is a gay and was involved in a relationship with Scott Hoying.

Mitch Grassi Weight Loss: Before and After

Mitch Grassi lost lots of weight. The vlogger inspired has many people with his impressive weight loss. Instead of being happy for him for losing weight, people started questioning the reason behind the change in a short time.

There are lots of rumors about the losing weight; his ex-Travis Wright might be the reason behind weight loss. He was in a relationship with Travis who forced him to lose weight. Later Grassi announced that his relationship has nothing to do with the lost pounds. Mitch told media that he took part in the gluten-free diet. Some people also believed that Travis was abusive and he made Mitch guilty about himself and his weight.

Mitch Grassi involved in the gluten-free diet and by itself isn’t enough to make you lose a significant amount of weight, especially in short period. Grassi did not lose weight by using medicine like pills or any surgery.

However, he took a challenging step for himself not for others. Mitch tweeted ‘s/0 to weight loss,’ and lots of people reacted to the updated status on twitter.

Mitch Grassy is an avid supporter of self-love and self-respect.

When it comes to losing weight loss, Mitch’s advice is gluten-free diet and seek help from a professional. Also, he used some natural tips for weight loss. Firstly he maintains a diet routine regularly. Then practice physical exercise every day, and always determine from his mind.

Despite all, there is also a rumor that Mitch might have jaw shaving surgery. Though his jaw looks a little bit different now seeing the pictures of him before and after.

Mitchell Coby Michael aka Mitch Grassi was born on July 24, 1992, in Arlington, Texas to father Mike and mother Nel Grassi. He attended Martin High School where he first met Scott Hoying.  From an early age, he has interest in music. He took part in many music competition and missed his graduation day due to an audition. Thus, Grassi ends up not attending the college and focus on his music career.

Mitch was a high school senior when he taped for the ‘Sing-Off’ reality singing competition hosted by Nick Lachey. Pentatonix came to limelight after they won in the ‘Sing-Off’ show. Pentatonix group of five members; Mitch Grassi, Scott Hoying, Kaplan, Kristin Maldonado and Kevin Olusola.