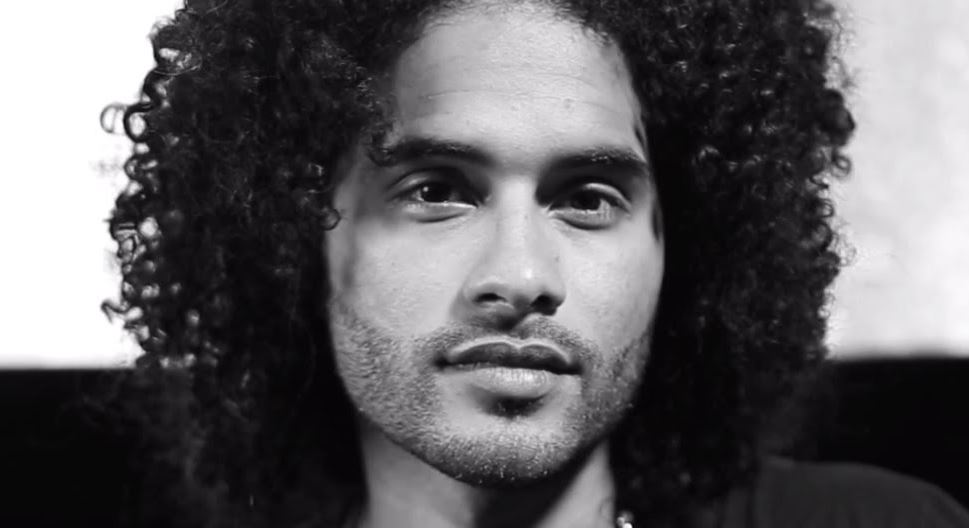 Everybody has a dream of being a successful person in their life and they work hard just to achieve their dreams. Singers are more creative and they buckle down just to ensure that audience engagement is achieved, that is the reason each music band would produce the best if they want to remain in the music industry.

Today we discuss one of the popular singers, Manwell Reyes who has done a great job as a lead vocalist, lyricist, rapper in the Christian hip-hop group called Group 1 Crew.

Who is Manwell Reyes?

The iconic singer, Jose Manwell Reyes was born in Germany and raised up in the United States of America. His mother was a singer and father was an army officer. Jose’s parents separated while he was growing up.

There is no information of his birth of date and year, so his age has become pretty hard to find out. Some sources claim that he celebrates his birthday on 28 June every year.

On the Mother’s Day, he shared his childhood photo of him and his mother where he wrote a lengthy message on his Instagram.

From holding me in your arms to dancing with me at my wedding, no words can describe how much I love and appreciate you mom. Thank you for teaching me what real love is through you daily loving me and Jorge. Sorry that it took me so long to realize how cool, funny and amazing you are. Sorry for my “know it all” stage and my “too cool to hang with my parents” stage. I want to soak up every last minute I have with you and dad cause I realized you’re the most important thing. I love you dearly mama! Happy Mother’s Day!

He holds an American nationality and belongs to white ethnicity. He has disclosed the information regarding his childhood, siblings and family.

Talking about his education, Manwell attended a Bible College.

Career as a Singer

Manwell Reyes is a musical artist. He was involved into music since his early age. Manwell is the members of the Christian hip-hop band named Group 1 Crew. The band was signed by Fervent and Warner Bros. Records.

Reyes was the lead vocalist and also used to rap. He has been with the group from 2003 to 2017 when it was disbanded.  There was also another vocalist, Sarah Sandoz who also did rapping and stayed with the group for three years from 2014 to 2017.

Their hit single Can’ Go On debuted on WOW Hits 2007.  Love Is a Beautiful Thing charted into Top 20 in May 2007 and R&B magazine’s Christian chart. The album was later followed by Ordinary Dreamers in 2008.

The music group released their third studio album Outta Space Love in 2010. The song Forgive Me appeared on an episode of One Tree Hill. Their fourth and fifth album: Fearless and Power released in 2012 and 2016 respectively.

Additionally, he is one of the most accomplished artists in the American entertainment industry. He also tried his hand in Hollywood and acted in two movies Mom’s Night Out and Restored Me.

Besides movies, he appeared in several TV series. Moreover, Reyes is a fashion tastemaker/hot on Nuvo TV’s original show, The Collective where he talked about the latest fashion trends and kinds of music.

The singer and rapper, Manwell Reyes is married to an actress and comedian, Anjelah Johnson on 11 June 2011. The couple exchanged their wedding vows in Half Moon Bay, California.

They have been together for almost eight years and enjoying their married life. There is no rumor of having an extramarital affair and separation.

But the couple doesn’t have any children. They have clarified that they are not planning to have children anytime soon due to their busy schedules. His wife is from San Jose, California and belongs to Native American and Mexican descent.

You should have a question that how they met each other for the first time and how their relationship started?

He met his wife, Anjelah first time in 2010 through a mutual friend and became more than friends, eventually began dating each other. Prior to marriage, they date almost a year and later decided to take the love life to next level and became one soul forever.

Remember that time I married a girl who became a woman that turned this little boy into man? Ya…me too! Happy 7th Queen. You seriously inspire me everyday by just being you. You make me laugh, like for real laugh, not obligatory laughter..you get what I’m saying… and I’m truly honored to witness your life. Love you #OnlyGetsBetter #SheBadMan #Sauce #ImUsuallyJustFollwoingHerButt #ButtGuy #ButIListenToHerHeartToo #ThenBackToTheButt #WeMakinThemHatersMadBabe #GodBeTheGlory #ManyMoreToCome

The singer has attained new heights from his musical career. He has sold over 250k albums. With his band members, he had released total five studio albums and won Dove Award five-times. Further, he earns money through his tours and also the songwriter of the band.

However, he has not revealed his exact net worth and salary yet. He has played in some movies as well as the small screen which he may have gained a significant amount of money.

Though we can assume that Manwell Reyes has more than a million net worth. Whereas,

His wife, Anjelah Johnson has an estimated net worth of $5million, as of 2018.

287k likes on Facebook and a combined following of over 85k on Instagram and Twitter. Manwell is working on his 5th studio release and will hit the road this fall on The Beautiful Offerings Tour which will expect to bring in over 50,000 in attendance. In addition to being the group’s main songwriter, he also has developed a strong following for his blogs and encouraging posts on the group’s Facebook page.

Similar, Reyes has 287k likes on Facebook and more than 43.2k followers on Instagram. He has developed strong fan followers for his blogs and encouraging posts on the group’s Facebook page.

On his personal account, he posted numerous photos of himself, friends and also with his wife. Recently, he shared od picture of himself on Instagram. He wrote a statement on his page which is very true and catching.

“Enough…I know I am. How do you see yourself, be honest.”

“I was trying so hard to be a gangsta but in my heart, I was this soft dude…” Group1Crew. Christian Music. Hip-Hop. Rap. Power of God.