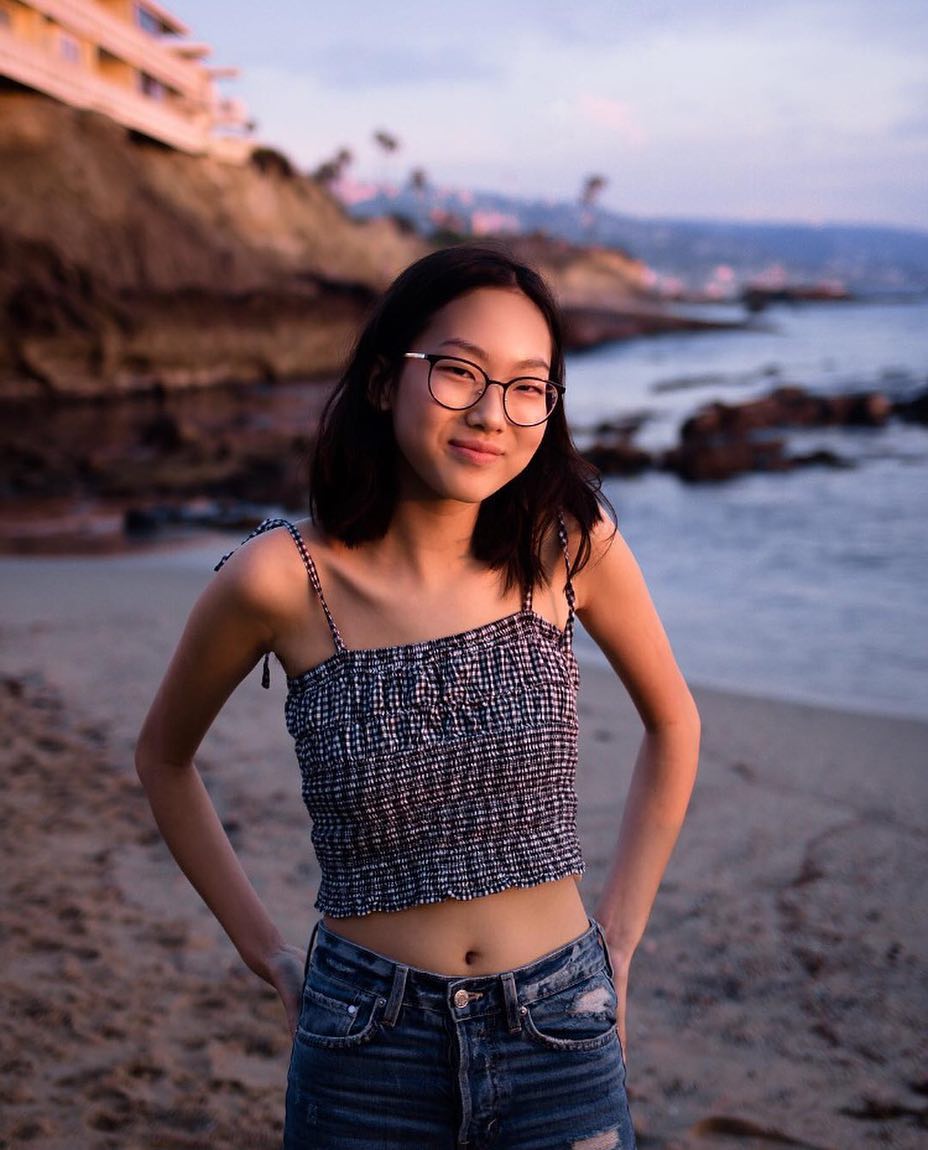 When one thinks of Madison Hu, they immediately think of  ‘Bizaardvark’. Being a 16-year-old, she has achieved a lot of success in her life.

Madison Hu is regarded as a versatile actress as she has proved herself in many characters and is working under the world famous production “Disney Channel”.

So far, her most remembered characters were Frankie from ‘Bizaardvark’ and Marci from ‘Best Friends Whenever’.

Madison Hu was born on June 2, 2002, in  Longview, Texas. At the age of nine, Madison Hu life changed from an ordinary kid to an amateur Television actress. She received a role for an episode of a TV show ‘I Kid with Brad Garrett’.

Then, Hu continued her studies and didn’t appear on television for three years until she received big breaks in 2014 such as ‘Tosh.0’ and ‘The Goldbergs’.

Her work in ‘Tosh.0’ and ‘The Goldbergs’, quickly grabbed the attention and bought her a chance to audition for ‘Best Friends Whenever’.

She was selected and the American comedy series ‘Best Friends Whenever’ started in 2015. She has also appeared in other programs like ‘The Kicks’ and ‘Grace and Frankie’.

Know about: Jake Paul’s Net worth, Wife and Controversies

Not just that, Hu has also starred in a hit movie called ‘Bad Words’ as a spell-bee contestant from the year 2013. Even though, Hu has starred in the movie but still, she is more popular among the public as a television actress.
Why is Madison Hu Special?

Madison Hu is truly a multitalented young girl. No matter whichever area of interest it is, she’s mastered it all, be it acting, sports or dance, Hu is an expert in all.

Not just that, she is equally talented in studies and maintains an active participation in class even though she juggles with multiple workloads at such a young age.

And to talk about her acting skills, she has already proved herself. Acting seems like it comes petty natural to her, Hu’s facial expression and comedy times has made her performance loved by a large number of audiences.

All her co-stars praise her acting skills and her warm behavior. In fact, it is heard that she entertains her friends and colleagues in school and on the Disney sets as well.

Be it everywhere whether in a public event, in the acting set, or school, she is always seen smiling. In an interview, Hu has also shared her sensitive side and cited she gets easily affected by negative comments.

At the very beginning of her career in acting, she revealed those moments were the toughest moments as she dealt with criticisms, but now she is used to it. She added, she has to be better from the criticism and just ignore the one who keeps on extending the negative criticism.

As we talked earlier that every area she ventured she has been successful in it. So talking besides acting, She is very good at swimming and ice skating.

Hu also has a passion for music and is a YouTube artist. She is seen playing guitar, piano, and singing. She especially enjoys listening to pop and rap music.

Hu enjoys spending her free time chilling with friends, uploading photos on Twitter and Instagram, especially with her best friend, Olivia Rodrigo who by luck is also her colleague.

Other than that she loves watching ‘Dora the Explorer’ her favorite program on Nickelodeon channel. Her favorite food is a simple ham and cheese sandwich.

Madison Hu was born in Texas but didn’t live there much and moved to Los Angeles, where she became a star. She respects and loves her parents for giving her a good life and for all their support.She has a brother who was born in China.
Madison shared her parents’ photos on her Twitter account in October 2018.

my parents in the 90's pic.twitter.com/NmZl8wVBl2

Hu also owns a dog as a pet. In an interview, she said she enjoys spending time with her dog and can cuddle for hours.

Currently, she is studying in Los Angles and is pursuing co-curricular activities meanwhile managing time to shoot. The best part about shooting for her is to see the reaction of her co-stars and to receive guidance from such a mega production house “Disney”.
She is fond of putting on beautiful dresses from the production but doesn’t enjoy makeup.

Income and Net Worth

Madison Hu is very young but has worked hard all her life. She earns a good amount of money through her television series and movies. Her annum income is estimated around $100-$150 thousand.

Madison has a lanky figure. She weighs 50 kilos. Both her hair and eyes are dark brown. Her body measurement is 30-23-31 inches and wears six size shoe.

Madison loves to wear glasses. She has a Chinese accent.

Madison Hu has the height of 5 ft 8 inches.

What do you think? If she would be a Hollywood actress in the near future? Let’s us know in the comment section below.