Home » Biography » Lucas Steele Tony Award Nominee, How Much Does He Earn

Lucas Steele Tony Award Nominee, How Much Does He Earn 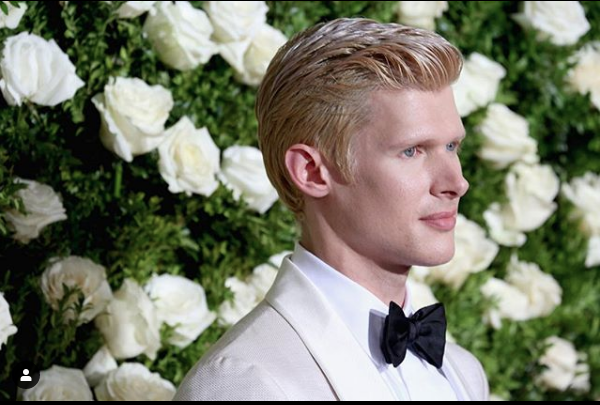 All you need to know about Lucas Steel, how much he earns and the truth about his hair. Is he really that blonde? Where did he study and is he gay?

Lucas Steele’s striking looks and impressive vocal range are a lethal combination in Broadway. Yet this talented Tony Award nominee actor prefers to keep things low-key and professional. The Pennsylvania native, who calls himself a ‘Modern Day Renaissance Man’ is a rare breed of actor who does things not for fame or recognition, but simply for the sheer love of his craft.

HOW DOES LUCAS STEELE EARN INCOME? HOW MUCH DOES HE EARN?

Since 2006, Lucas Steele has been working as a stage actor on and off Broadway. This is his main source of income. According to Career Trend, the current minimum salary of a Broadway actor sits at $2,034 per week, which is the base pay for members of the Actors’ Equity Association.  This brings the minimum income to $8,717 per month and $106,058 per year.

Actors who already have name recognition and who have years of successful shows under their belt can make more than the minimum wage.

Considering that Lucas Steele already has a Tony Awards nomination and a Lucille Lortel Award win to boot and has over 10 years’ experience in stage and theatre performance, it is not surprising to know if he earned way above this wage.

He also practices writing, directing and creative ideas development on Broadway and in workshops. He also writes songs for Rattlestick Playwrights Theater.

Here’s a video clip from Vogue where Lucas Steele and other noted theatre performers recall their most embarrassing musical auditions.

In 2017, Lucas was named one of the ’12 Best Dressed Men of the 2017 Tony Awards’ by Esquire.  After this recognition, Lucas was dressed and sponsored by UK fashion brand Burberry at least once or twice.

HOW OLD IS LUCAS STEELE?

Lucas Steele was born on the 13th of December 1979. He is currently 40 years of age. He was born under the sign of Sagittarius. 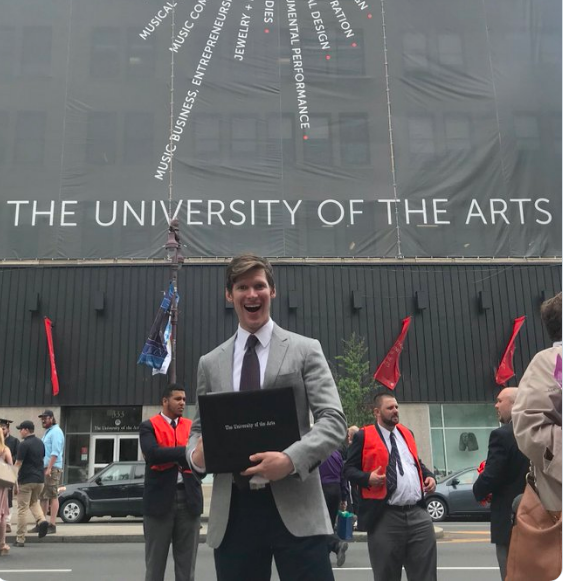 LUCAS STEELE EDUCATION: WHERE DID HE GO TO SCHOOL?

Lucas Steele studied, and obtained a degree in Musical Theater at the University of the Arts in Philadelphia, Pennsylvania.  It is a university of visual and performing arts and is one of the oldest schools of art and music in the United States, dating back to the 1870’s.

Lucas was a graduate of class ’01, and is seen here featured by his alma mater.

LUCAS STEELE AS ANATOLE IN NATASHA, PIERRE AND THE GREAT COMET OF 1812

From 2012 to 2015, Lucas Steele played the role of Anatole in the off-Broadway production of ‘Natasha, Pierre and the Great Comet of 1812’. It is this role that has put him in the Broadway spotlight, earning him a Lucille Lortel Award and a Tony Award Nomination in 2017.

LUCAS STEELE HIGH NOTES – HOW DOES HE TAKE CARE OF HIS VOICE?

While he was playing the role of Anatole in ‘Natasha, Pierre and the Great Comet of 1812’, Lucas was singing and hitting exceptionally high notes every night of the performance.

While audiences and fans commended his performance, Lucas shared that in order to take care of his voice, he limits his talking during the day or whenever he’s not performing. He says he is careful with how much he speaks during the day and does things like more texting/chatting than calling. He noted that this is important because they are usually rehearsing about 5 hours every day so he’s careful not to overuse his voice. Perhaps this is the reason why he seems quite soft-spoken on interviews. On top of limiting his speech, he also uses a special throat gargle as directed by his voice teacher, Dr. Bill Riley. This is important, Lucas says, because theatres, where he spends most of his time, are normally dusty, not to mention natural weather changes in New York.

The role of Anatole in ‘Natasha, Pierre and the Great Comet of 1812’ is considered to be one of the most vocally demanding roles in Broadway. According to a Broadway World discussion, Anatole requires climbing hundreds of stairs ( Lucas himself said they were averaging over 100 flights of stairs a day) while belting out obscenely high notes.

Opera News describes Lucas Steele’s vocal range as having the ideal blend of modern musical-theatre and falsetto notes. This is perfectly demonstrated in a video uploaded on Lucas’ YouTube Channel in 2011,  showing him playing the piano while singing a medley of Jewel’s ‘Foolish Games’ and Lady Gaga’s ‘Bad Romance’. 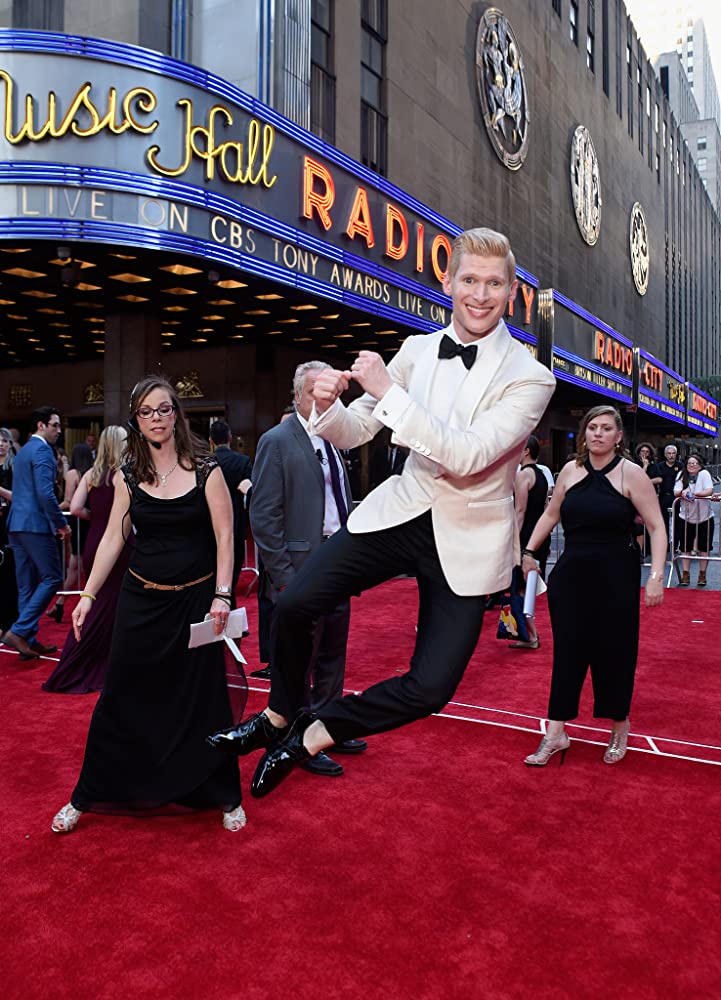 Lucas Steele has been active in theatre from the year 2006. He has appeared in more than 5 productions but it was his performance as Anatole in ‘Natasha, Pierre and the Great Comet of 1812’ that brought him much recognition:

At the age of three, Lucas Steele started to play the piano by ear and by 5th Grade, when he was 11 years old, he was already playing the violin. He shared that because he had a good ear, he also started mimicking singers like Freddy Mercury and Ella Fitzgerald, which explains his expansive vocal range.

Lucas grew up in Wyalusing, Pennsylvania (population 558). Lucas describes Wyalusing as a very ‘Friday Night Lights’ kind of town. This means that growing up, he spent most Friday nights watching the local football game. These Friday nights coincided with episodes of PBS’ ‘Live From Lincoln Center’ , so Lucas would record these while he watched his Friday night games.

He then studied the performances when he would get home after the game. It was a production of American Playhouse Series’ ‘Into the Woods’ that got him intrigued due to its dark and mysterious theme. He said watching that was what ‘sealed the deal’ for him and got him to decide that this (theatre / production) is what he wanted to pursue.

Lucas then made his debut in Broadway in 2006 for the revival of The Threepenny Opera, and he has been in theatre for close to 14 years now.

Lucas Steele’s IMDB show that in addition to his exposure as stage actor, Lucas has also appeared in 2 short films (Cavan and Photo Op), and a TV Move (Dangerous Liaisons) for minor roles. 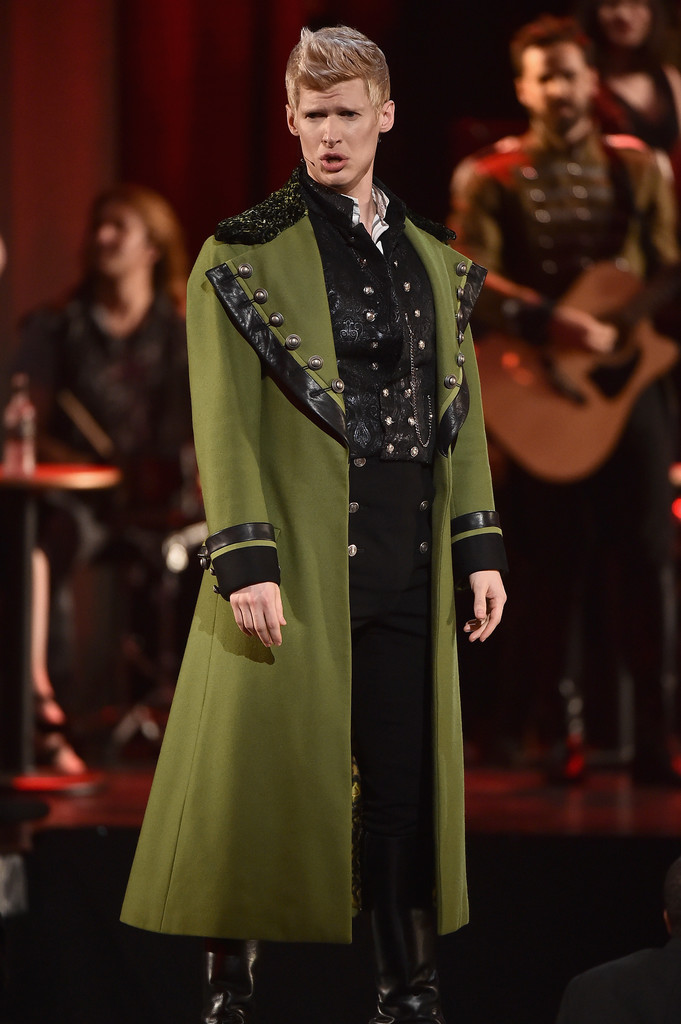 However, Lucas clearly does not see himself as a celebrity and keeps things very clean and professional on social media. Though his last posts on all his social media channels were from late 2018, he keeps his posts strictly about his craft, proving that not all actors are in it for the fame. Many of them perform due to the sheer love of their craft, and Lucas Steele is distinctly one of those.

At the time of writing, there is no official release or official ‘coming out’ from Lucas Steele himself that he is gay.

When he was asked in a Broadwaycom interview which era he would like to live in, he said he loves the 60’s, the Hollywood glamour and how things are romanticised in that era. He mentioned though that he did not like the lack of cultural acceptance during that time. This could mean both racial and sexual (anti-gay) discrimination that was prevalent during that time. But this of course, does not necessarily mean his is gay. He was then asked which role in ‘Natasha, Pierre, and the Great Comet of 1812’ (where he plays Anatole, the lead male role) he would like to play. He answered that he would like to play the role of Princess Mary. ‘Natasha, Pierre and the Great Comet of 1812’ is based on Leo Tolstoy’s 1869 novel ‘War and Peace’ and according to a fan forum discussion of ‘The Great Comet’, the book portrays Princess Mary as gay.

However, until there is evidence or an official statement from Lucas Steele himself, these are all inconclusive, so we therefore state that it is unknown whether Lucas is gay or not.

WHO IS LUCAS STEELE DATING?

Looking at Lucas’ social media accounts, he seems to be a very private and professional individual who only posts about his craft.  It is not known whether he is dating anyone. 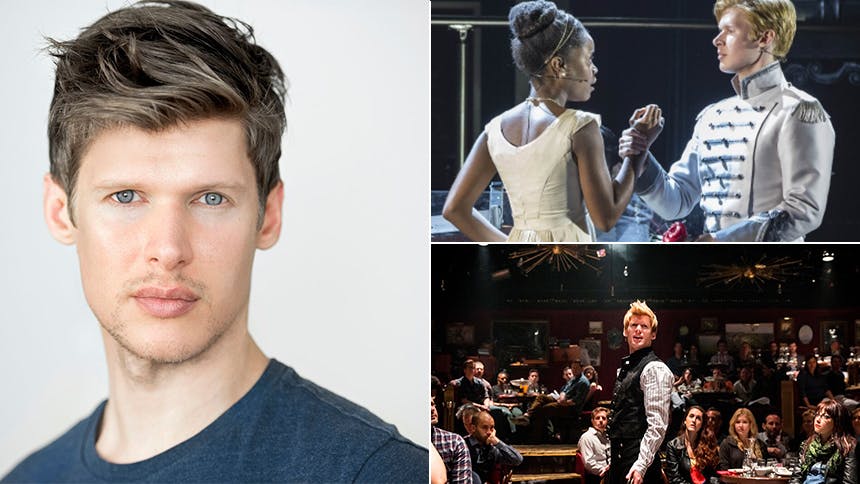 WHY IS LUCAS STEELE SO BLOND?

HOW CAN I GET IN TOUCH WITH LUCAS STEELE?

For bookings and professional work, you may get in touch with Lucas Steele via his website.