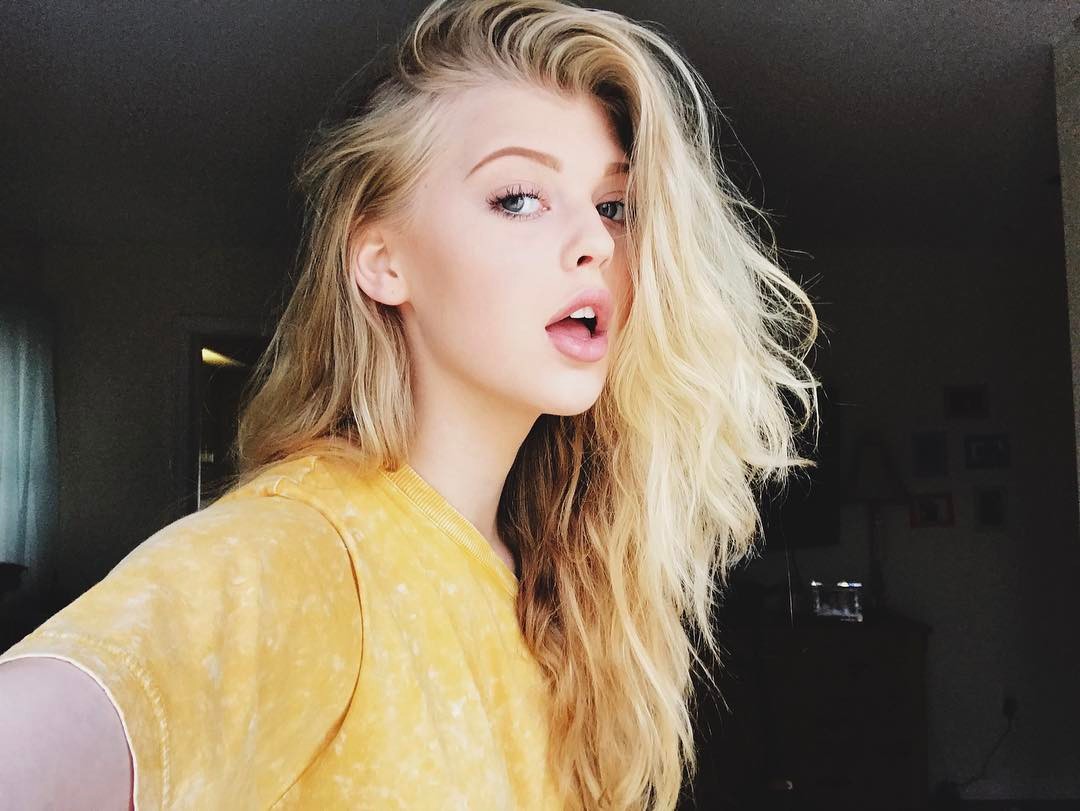 We all know social media platforms are majorly used by teenagers and young adults. These are the online platforms where the youngsters get the opportunity to showcase their hidden talent.

If you have surfed YouTube, then you must have watched Loren Gray. She is a famous social media personality with a massive fan following across a variety of social media platforms.

Without any delay, let us share everything that we know about her.

First thing first, what is her real name and age?

Loren Gray was born on Friday, April 19, 2002, in Pennsylvania, USA. That makes her 16 years old as of 2018. She belongs to White-American ethnicity and is American by nationality.

Her real name is “Loren Gray Beech,” but she doesn’t like being called Beech which she declared also through her YouTube video. However, she has removed the video from her channel.

Loren has posted some pictures of her family members on her Instagram account but has not yet revealed their names. However, her parents are found to be very supportive of everything Loren does.

Loren considers her mother as her biggest strength. She received homeschooling at her early years. At the moment, Loren is completing her high school.

If she is 16, then when did she started her career?

She has been active on several social media since 2013. Although, Musical.ly account gave her the most recognition. Loren has over 27 million fan followings.

At the age of 16, she is already a dancer, model, and an actress. But, she is more famous as an American YouTube celebrity and muser. With a click, visit her profile on YouTube and Instagram.

If anybody asks you, what were you doing when you were 13 years old? Then, the most possible answer would be school.

Loren Gray’s story is uncommon. She was already a child model. Teen Vogue and Seventeen are some of her featuring big magazines. In addition, she has also modeled for several footwear and clothing brands.

Talking about her social media journey, she began with YouTube in May of 2012. Then, Twitter in March 2013. And, in 2015, Musical.ly was introduced for the first time.

Then, Loren tried  Musical.ly  and soon become one of the first social stars to grow with an immense following on the new online social platform.

Besides her “how to” and “vlog” videos, she is also an awesome singer and a model. She is featured on HRVY’s music video named “Personal.”

On March 20, 2018, Loren signed with Virgin Records and signed her first record deal. It is clear that her fans are waiting for the releases of her debut album. With such a huge fan following it is expected that they will push it straight to the top of the charts.

Recently, on November 15, 2018, Gray released her new single ‘Kick You Out’ on YouTube.

What makes her unique than other social media celebrities?

First of all, Loren Gray is just 16 years old, and secondly, she is a multi-talented girl. If you don’t know, then let us tell you what are her talents.

She is a model, actress, VJ, and mind-blowing singer. Loren has remarkable interest and knowledge in a range of fields and has an expressive and warm presence on social media to match.

link in bio to pre save so you can hear #mystory first ❤️?? it’s already out in so many countries . 12am internationally, 12am ET/ 9pm PT for USA angels??

Loren is very polite and always focused on her career. Also, she well knows the value of time and how to utilize it. Her smile is so adorable and has a great personality with heart-winning acting skill.

Finally, does Loren Gray have a boyfriend?

Well, as we already know that Loren is multi-talented, she also has the talent to handle multi-boyfriends. According to Married Wiki, Loren Gray has dated four guys yet.

At first, she was in a relationship with an internet star and musical.ly celebrity, Joey Kisluk. They had dated for a year and separated in 2016.

Then, she was rumored to be dating English comedian, presenter and political satirist Mark Thomas. However, they both denied the rumors and rejected it by saying “we are just good friends.”

Similarly, Loren also had an affair with another social media star, Juwany Roman, in 2017. They had dated some months and quickly separated. Both of them didn’t disclose the reason behind their break up.

Recently, Gray was seen with English singer and online personality, Harvey Cantwell as well. The couple was spotted at All Bar One surrounded by a massive crowd of fans outside the pub. However, none of them approved or denied their relationship yet.

Here are some Loren Gray’s quotes from her Twitter about the toxic relationship. These quotes can be useful for young girls.

“If a boy is telling you how to dress, please run. Run as fast as you can and never look back. You don’t tell someone that you don’t like them dressing a certain way. If that’s your girl then you respect her and respect that she knows what looks best on her body. I wasn’t allowed to wear certain clothes that were revealing.”