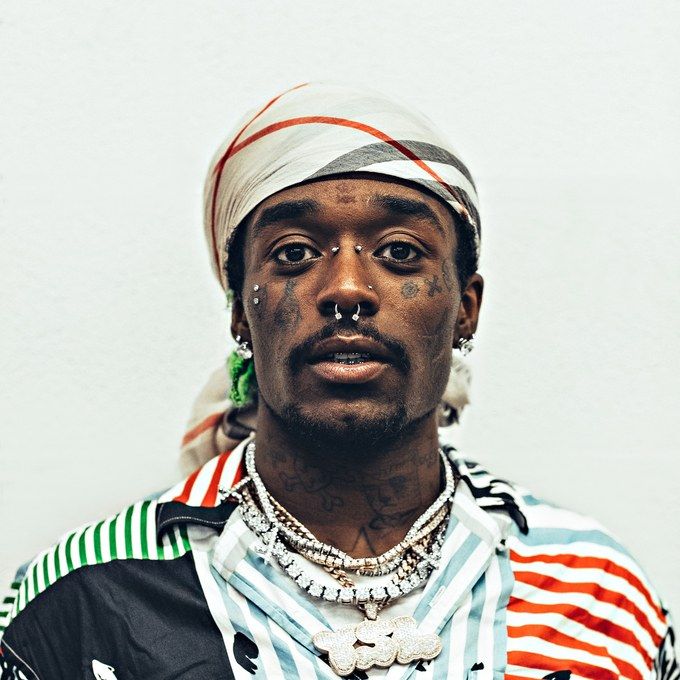 Lil Uzi Vert is an American hip hop recording artist, rapper, singer, musician, and songwriter. He has released several mixtape, labels, and extended plays. He has also collaborated with Kanye West, Travis Scott, and many others. Let’s know everything about Lil Uzi, his bio, career, net worth, and all.

Lil Uzi Vert (actual name: Symere Woods) was born on July 31, 1994, in North Philadelphia, Pennsylvania, United States. Lil Uzi grew up in the Francisville neighboorhood of the region. Any further details about his parents, relatives are unavailable.

Lil Vert liked music since he was a child. His major inspiration is Marilyn Manson. He also likes the band Paramore and more specifically, frontwoman, Hayley Williams. Lil Uzi said that ASAP Rocky, Pharrell Williams, Kanye West, Wiz Khalifa, Young Thug and Ying Yang Twins are his influence on his music career during his interview with Complex.

Lil Uzi Vert has always had a thing for rapping and with his rapping talent, he was noticed by Don Cannon. Don Cannon heard one of the Uzi’s songs on a radio program run by DJ Diamond Kuts. And later Lil Uzi Vert signed with the record label, Generation Now of DJ Drama, Don Cannon and Leighton and Atlantic Records too. His popularity heightened, even more, when he was featured in Carnage’s single WDYW along with ASAP Ferg and Rich The Kids in 2015.

Lil Uzi Vert released two mixtapes before Luv Is Rage, but they didn’t get any recognition. His third one, Luv Is Rage was produced by Don Cannon, Sonny Digital, FKi, DP Beats, TM88, Maaly Raw and many others. It was released on December 18, 2015. Hit featured many artists like Wiz Khalifa and Young Thug. Lil Uzi collaborated with Migos for his song Bad and Boujee, which reached at number one on US Billboard Hot 100, it was Lil’s first song to get at peak.

Then Lil Uzi Vert made a debut album, Luv Is Rage 2 which was released on August 2012 with a heavy delay. It peaked at number one of the Billboard 200 Albums Chart.

Lil Uzi’s fourth mixtape was Lil Uzi Vert vs. the World, produced by Don Cannon, Metro Boomin, WondaGurl, M-TRAX, Smatt Sertified and others. It was released on April 15, 2016 assn its over was designed by Fvrris. His fifth mixtape was The Perfect Luv Tape, which was released on July 13, 2013, on his birthday. The mixtape song, Seven Million featured Future.

Lil Uzi released a song XO TOUR Llife3 from his extended play Luv Is Rage 1.5 on March 24, 24. The single became a success reaching number 7 on the Billboard Hot 100 and it is the Lil Uzi’s highest charting song as a lead artist. He has also been featured on the song by Travis Scott’s, Watch along with Kanye West, which was released on May 3, 2018.

Lil Uzi Vert went on music tours for hundreds time since 2015. In 2015, he just did one tour and in the following years, he went on several tours. Taling of his upcoming tours, he will be performing at different places of the United States, which includes in Minnesota on August 14, Riverbend Music Center, Ohio on August 18, and several places.

Lil Uzi Vert has a successful career till now. His songs and collaborations have made up the charts several times and made a good sale. His song XO Tour Llife3w went to the number one at the chart with 135,000 album-equivalent units. It has been streamed for over 1.3 billion times in audio as well as videos. This level of stream earned Lil Uzi’s label about $4.5 million and it got Lil Uzi about $900,000.

Lil Uzi isn’t away from controversies and feud like all the celebrities. Lil Uzi tweeted about his dissatisfaction about Generation label in early 2018 and responding to the tweet Rich The Kid replied that if Uzi has signed to Rich Forever Music, then he would never face such problems. And Lil Uzi said,”Boy, I’m not signing for $20,000.” Soon this went too far with all the disses between the two on Instagram and Twitter.