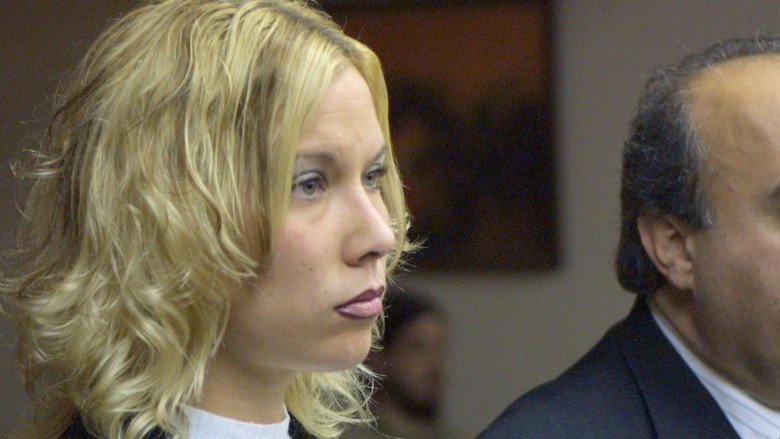 In this modern time of life, when love does not last for a lifetime, it is nice to see a couple who, despite suffering from an intense relationship of love and hate, still try to build a comfort zone around each other. That’s why we’re focusing in this article on Kimberly Anne Scott unfulfilled love story and her former husband Eminem whose relationship was ruined by the same music that began first.

They were married twice and gave birth to three children, but nothing could save their marriage. They are brought together by music and also separated by the music. Disturbance in marriage life once made her an attempt to end her life on very a few occasions.

Because of her failure, she also became a drug addict once. Eminem, on the other hand, started hating and develop an immense dislike towards Kim.

Eminem has sung many of his songs in which he has said many things about her negatively. Their tensed and disturbed relationship has often resulted in significant hiccups.

However, the love bond in their married life was able to keep their relationship for about 20 years.

Kimberly Anne Scott is the ex-wife of world-famous English rapper Eminem. She was born on 7th January 1975 AD, in Warren Michigan, United States of America.

She was one of the twin daughters of Kathleen Sluck and Casimir. Her twin sister’s name is Dawn Scott, and their mother Kathleen and stepfather raised both of them.

Her father’s name was Casimir Sluck who was an alcoholic. He often maltreated and abused his wife Kathleen and children whenever he was heavily drunk.

His alcohol addiction has affected the upbringing of their children Kim and her sister Dawn. Her twin sister Dawn Scott died in January 2016 due to the overdose of Heroine.

Death of her twin sister also became one of the tragic events in her life. Kim and her twin sister attended Lincoln High School where she met Marshal Bruce Mathers III now known by his stage name Eminem.

As at the time, Eminem was starting his rapping career; he was 15 years old while Kim was just 13.

Kimberly Anne Scott – How Does She Meet Eminem?

Kimberly Scott and Eminem met each other while they were attending one of their mutual friend’s House party. Kim was just 13 years of the age whereas, Eminem was 15 when met for the first time. As the party was blasting off, Kim got her first sight to Eminem.

At that moment, he was standing on top of a table with his shirt off. He was performing LL Cool J’s hit song ‘I am Bad.’

It was not so long the two have met, they fell in Love, and Eminem brought Kim at his home. He later asked his mom is Scott if they could live together with them.

On and off relationship began to blossom between the pair and soon they became school sweetheart. When they were in 9th grade, Eminem dropped school and took up odd Jobs to support himself and his career as a rapper.

Taking a more significant responsibility, Eminem got a job at St. Claire Shores as a bartender. In his profession, he combined with his rapping with the work, and it was the beginning of his professional career.

Eminem was often involved in lots of rap battle at St. Claire. One day he caught the attention of a local producer Marky Bass. Marky was determined to help Eminem to attain a higher height in his career English rapping.

They continued dating throughout the ’90s however, their relationship was not smoothest in any way.

However, the young rapper Eminem was on the extreme of taking his career to the next level, when Kim unexpectedly took in and became pregnant.

It became a real challenge for both when unexpectedly Kim got pregnant in 1995.

Kim gave birth to a daughter Hailie on Christmas day, i.e., December 25, 1995. To give daughter a better life, Eminem worked hard to make ends meet because he did not want his daughter to grow up as he did.

He had a hard living from day to day. In 1996, they broke up, and Scott moved to a one-bedroom apartment with Hailie, and Eminem moved in with his mother.

In 1999, Kimberly and Eminem tied a knot. Their marriage life initially went smooth.  However, after two years in 2001 AD, the couple separated.

Again after six years of divorce, the couple solved their issues and remarried. However, their second marriage also didn’t last long and divorced just after a couple of months in April 2006.

Some of the events those causing separation are- Eminem saw his wife Kimberly kissing a friend John Guerra on his check, and eventually, Eminem assaulted the man and was also arrested for it. For the crime, he was charged with a sentence of two years.

Again in the same year, Kimberly attempted to commit suicide by cutting her wrist because she was embarrassed by her husband in his concert in Detroit.

After the second split, Kim Mathers went through depression and substance abuse. In October of 2015, she crashed her car and stroked the pole after driving by taking pill and alcohol.

It was which she claimed a suicide attempt. She was fined because of the stint, attended drug and alcohol counseling, and was on probation for many years.

Despite the difference in the past, she has a warm relationship with her ex-husband Eminem while they are not romantically involved. The two co-parents their children.

Kim and Eminem’s divorce issue was settled at more than $ 10 million.

Kimberly and her husband Eminem shared an on-off relationship. She was also involved with several other men in illicit relationships.

Media have criticized her role in unsettling Eminem’s life. She was found to possess drugs and tried to commit suicide twice.

Her troubled childhood in adulthood was thought to be the cause of her upset behavior.

Kim has two biological kids: Hailie Jade Mathers and Whitney Scott Mathers. She and Eminem took care of Aliana Marie Mathers from an early age because of her mother, Dawn Scott’s drug problems.

Eminem adopted Aliana formally in 2002. They co-parented all three of their children.

Kim has a son named Patrick Scott. However, there is no available information about him other than the name.

Kim is working as a freelance illustrator and designer who works in the world of children’s books, greeting cards, puzzles, licensing, calligraphy, and others.

She has illustrated ‘The Terrible Time Without Tilly’ and ‘Monty Wins the Cup’ for Egmont.

Kimberly Anne Scott has an estimated net worth of $2 million.

However, her ex-husband Eminem has a net worth of $201 million.