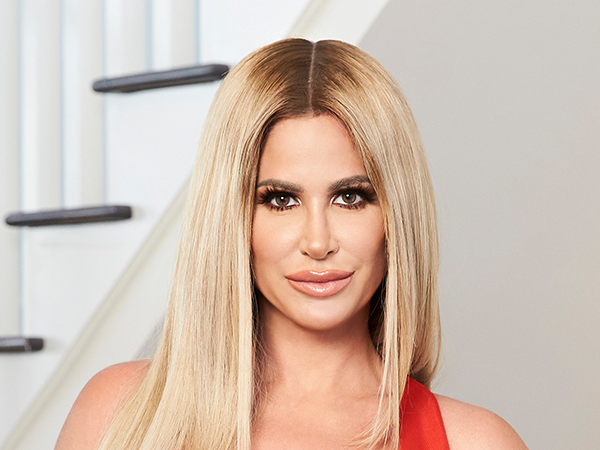 Kim Zolciak is a famous American Television star, best recognized from “The Real Housewives of Atlanta.” Also, she is known for her spin-off, Don’t Be Tardy. She also competed in 2015 with Dancing With the Stars. She is the wife of former NFL star Kroy Biermann, and for this reason, it has also helped Kim boost her career.

Who Is Kim Zolciak?

Kim Zolciak is an American Television star, whose career took a flight after appearing as a cast of “The Real Housewives of Atlanta.” She was raised in Atlanta but later moved to Connecticut.

She was born on May 19, 1978, in Pensacola, Florida,  United States. That makes her 40 years old as of 2018. Earlier before getting famous with the tv series, she was a single mother with two daughters.

Well, some of the co-stars of Kim from the American television series “The Real Housewives of Atlanta” have fizzled out, but Kim is still in the entertainment industry and doing good.

She became a household name after appearing in the reality series “Don’t Be Tardy.”

Kim Zolciak studied nursing at the University of Connecticut and graduated with a degree in nursing in 1996. She moved with her parents to Atlanta, Georgia at the age of 21 and worked as a nurse there.

Kim Zolciak began her career by being a nurse to becoming a famous television star. The tv series “The Real Housewives of Atlanta” was premiered on October 7, 2008.

Her acting abilities won the heart of many. The show captured Kim’s relationship with a specific Big Poppa, her burgeoning music career as well as her subsequent marriage to then-NFL star Kroy Biermann.

Kim was regularly seen in the tv series for the first five seasons, and in those time, she has managed to collect favorable reviews which also increased her income drastically.

It was rumored that she returned to The Real Housewives of Atlanta by making a guest appearance in its 10th season for which she took a hefty price. However, the amount was not released.

Then, Kim came with her show Don’t Be Tardy focusing solely on her life and family. In the same show, she has been seen preparations for her wedding to Biermann.

As we know now, Kim is married to the former NFL star Kroy Biermann. And there is no doubt that it has boosted her career. According to the sources it is said they met in May 2010 at the charity event.

At the event, Kroy Biermann was representing the Atlanta Falcons. The couple married in 2011,  November 11 in Roswell, Georgia, their home state.

In the 2008 NFL Draft, Kroy was selected by the Falcons in the 5th round selection. He representation the Falcons for six years then moved to Buffalo Bills in 2016.

However, he could not perform well with what so ever reason which resulted into the end of his 1-year contract signed in 2016, August. Since then, he has not seen playing football and has been involved in his ventures.

Kim and Kory together have six children including Brielle and Ariana born on February 25, 1997, and October 17, 2001, respectively. The two are from Kim’s previous relationships with her ex-husband Daniel Toce from (2001 – 2003).

Kim Zolciak has a height of 5 ft 9 inch, and her weight is unknown. Kim has a slim body. Her hair color is blonde, and her eyes color is light brown.

As of 2019, she is 41 years old, and still, she looks elegant and has maintained an attractive body. And to no surprise, she has admitted that she went through a couple of plastic surgeries.

She has injected herself with botox number of times, and one of many reasons is to perfect her cellulite dimples.

She also had cellulite injections and gone through breast enhancement surgery and tummy tuck procedures. But, she has denied the claim of having facial plastic surgery.

Net Worth Of Kim Zolciak

Besides having her own show business, she and her husband, together are into a new company “Kashmere Kollection” with the skincare products.

Kashmere Kollection was also praised by the famous tv celebrities Kardashian sisters. The company was established in 2016 and has included numbers of beauty products.

Kim has also designed eyelashes for  Lilly Lashes which are the favorites of world-famous celebrities like J-Lo and Nicki Minaj.

In 2016, with a collaboration with a footwear designer Aminah Abdul-Jillil, she established a new venture called “KZB Kidz,” footwear collection for kids.

Kim Zolciak estimated net worth is $1.5 million. On the other hand, her husband has a net worth of $5.5 million.

Currently, Kim with her family resides in a 17,000-square-foot Atlanta mansion. The mansion was worth $3.7 million, but after the developers faced bankruptcy, Kim purchased in for $800,000 steal.

Kim Zolciak and her family is living a luxurious life, and she is running multiple businesses at a time. However, all of the company is doing well.