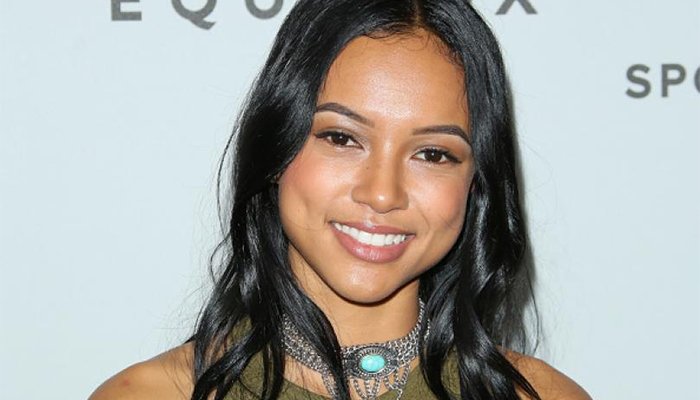 Chris Brown’s tag as a bad boy started when he struck his then-girlfriend Rihanna, which led to their relationship ending. Although many came to believe that for some time at least women would avoid him; he soon found another woman in love, Karrueche Tran; who surprisingly did not find a problem taking the entire public relationship. No doubt the relationship has helped make her more famous, but as an actress, model, and entrepreneur she has also done a lot for herself. However, we gathered all the information about Karrueche Tran in this article, keep scrolling down to get more information about her.

Who is Karrueche Tran?

Karrueche Tran is an American actress and model, who initially gained recognition among the public and the media as the girlfriend of American R&B singer, Chris Brown.

She was born on May 17, 1988, in Los Angeles, California, United States. As of 2019, she is 31 years old. Tran has appeared in the list of one of the prominent names in the glamour and fashion industry. She is currently devoted to establishing her clothes brand called ‘The Kill.’

Initially, she started her career as a freelance stylist for high-class society and worked at retail in the sales department. She was a model and has worked with big brands such as Crooks & Castles, where she was also the brand ambassador.

Besides, she has worked with TV serials as an actress on a small screen.

And Tran had tried her luck in production and earned a Daytime Emmy Award for the ‘The Bay’ in 2016, a Digital Daytime Drama Series. Besides, she has also won the Best Online Soap award for the same reason. She debuted in 2015 with  ‘3-Headed Shark Attack’.

The Career Of Karrueche Tran

Since 2009 till 2012, Karruech has worked in the fashion industry as a personal shopper. She was in the retail sales at the Westfield Topanga Mall in Canoga Park, CA.

Meanwhile, she was working as a freelance stylist in Hollywood working with celebrities and high society individuals. It can be said that she became successful because of her understanding of fashion and trends and her aesthetic sense.

Besides being the girlfriend of the famous singer Chris Brown, she always wanted to create her own identity. As a result, she published her resume as a model and an actress. Then, she was seen in the ‘The Bay The Series,’ the Emmy award-winning web series.

At the same time, she was working for the local brands by participating in photo shoots to gain some experience.

Then, she became the face of Lady Crooks, under the brand Crooks & Castles women’s division for the 2013 summer collection.

And at the time she also ventured into the clothing business with her brand named ‘The Kill.’

She also appeared in the ‘Love West Coast Girls’, the Mike Miller’s coffee table book, a celebrity photographer. She has also hosted in the same year 2014.

Then the following year, her movie ‘The Fright Nite Flie

s’ was released and also was featured in the Spring / Summer Lookbook with the athletic brand Le Coq Sportif.

Other than that, she has also appeared on the covers of different magazines like Flaunt Magazine

Karrueche Tran was also featured on ELLE.com and in 2015 with Wilhelmina Models, LA.

Also, she has earned an image as ” Vanessa

,’ a series of Style Haul sponsored by Maybelline

She is currently workly working with Jacob York of Electric Republic and is the representative of attorney Patrick Blood.

Karrueche’s mother, Cindy Adamson is a Vietnamese nationality. On the other hand, her father, DeVon Minters belongs to Jamaica. Karrueche’s a brother, whose name is Raymond Adamson.

Karrueche Tran has been nominated and won some of them for several awards.

Later, in 2017 she again won Daytime Emmy Awards for The Bay. Some of her other nominated awards include “Indie Series Awards” twice.

The relationship between Brown and Tran later got bitter which resulted in she accusing the R&B singer violence; which was the reason she and her family were protected Chris Brown and the order applies to the issue is addressed.

She is also rumored of being in a relationship with Quavo from the  ‘Migos,’ the hip-hop trio. Karrueche has also been servicing society through charity and philanthropic works.

Karrueche Tran stands at the height of 5 feet 1 inch and weighs about 45 kg. Furthermore, she has a perfect physique of 32-24-35.

Karrueche Tran’s wealth is accumulated from her career in the fashion and glamour industry and through her clothing brand.