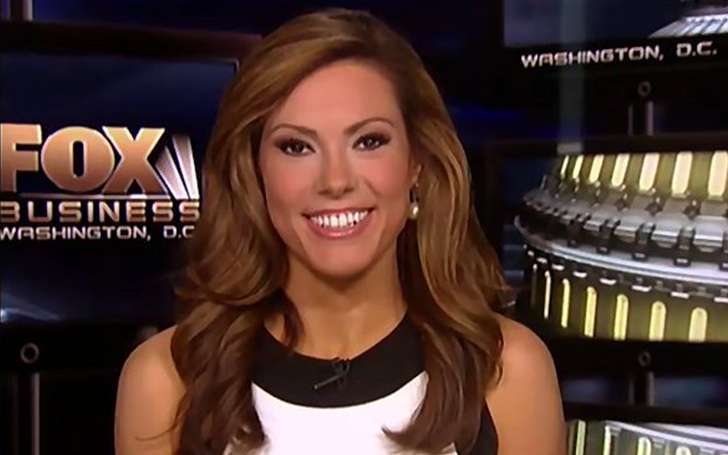 Lisa Boothe is a journalist, political commentator and republic strategist. She often features in CNN, Fox News, and  Fox Business. She is also the founder and President of High Noor Strategies.

She leads her life to the path of progress and prosperity through her hard work and dedication. Now, she becomes successful in establishing herself as a prominent journalist, political commentator and an author.

To know about Lisa’s wiki, career, her current spark of romance and net worth, let’s dig in.

Lisa Marie Boothe was born on February 3, 1985, in West Virginia, United States. Moreover, she holds an American nationality and has Aquarius birth sign. She belongs to white and Caucasian ethnicity.

Regarding her parents’, Lisa’s father  was a senator at Capitol Hill for ten years. In fact, she got an inspiration from her father. As a result, she developed her interest in politics and diplomacy and prove herself to be a brilliant journalist. Moreover, she was raised in Washington D.C. with her three brothers.

Besides her interest in politics, she was a hockey and lacrosse champion in her school age. In fact, she received two state championship rings for her excellent performance. Unfortunately, while playing a game, she tore her interior ligament.

Talking about her college education, in 2007 Lisa Boothe graduated with a Bachelor of Arts in Political Science and Government from the University of Tennessee, Knoxville. During her time in university, Lisa was also part of the Phi Mu sorority.

Lisa is an attractive woman of 33 years old. Moreover, she has a height of 5 feet and 6 inches and her body weight is 55 kg. Furthermore, her body possesses a measurement of 35-25-35 inches.  In fact, she looks stunning with her brown eyes and blonde hair color.

Lisa Boothe is a journalist, who works as a contributor on Fox News. She joined Fox News in 2016 as a ​network contributor, providing political analysis and commentary across FNC’s daytime and primetime program. Surprisingly, on August 6, 2017, Fox News confirmed that Lisa would substitute for Eric Bolling​ on Fox News specialists.

However, Fox News announced they canceled the show September, 2017 after Eric Boling left the network. She is a frequent co-host on Outnumbered, an occasional panelist on Special Report. Also, she presents herself as a guest on The Story and other news programs.

Taking about her past career, Lisa’s initiated her professional career as a staff assistant in the U.S. House of Representatives. Moreover, she is also a contributor to The Washington Times. After that, she worked for the National Republican Congressional Committee in 2010 and then was the spokeswoman for Sandy Adams in the 2012 congressional election.

Following this, she was a spokeswoman for the Tommy Thompson for senate campaign. In fact, she has worked on developing communication strategies for politicians such as Reps. Sandy Adams (R-FL), Mark Meadows (R-NC), and Shelley Moore Capito (R-WV).

During the 2014 election cycle, Boothe served as the senior director at the Black Rock Group, a Republican polling firm. At present, she is the founder and president of High Noon Strategies.

Currently, she is doing an incredible job with her extensive experience in political communications, working with Fortune 500 companies, and navigating crises.

Lisa fell into the controversy during the campaign of the presidential election in the United States, when she said that Hillary Clinton would “literally sell her daughter,” Chelsea Clinton​ for the presidency. She made the comments on Fox News‘s The Five, on July 14, 2017.

Is Lisa Boothe secretly married? Or dating someone?

Lisa has a successful career, because of her hardworking and passion. But Lisa is also a very charming and beautiful woman who easily attracts people around her. In fact, it’s rumored that Lisa is currently seeing a guy John Bourbonai Cummins. Yet, Lisa has been hiding her relation without giving us any official hint.

Luckily, rumors went public when she posted a photo of her on Facebook. The photo was a cropped one with only her face. In the comment section, her boyfriend Cummins commented there instantly. After few moment,  Lisa commented, “Love you, mean it.” The secret regarding their relationship was disclosed eventually.

Her private life is oblivious and a well-kept mystery. Her social media accounts additionally give no insights into her dating any individual.

Regarding Lisa’s net worth, she holds an estimated net worth of $10 million. Mainly, she makes her fortune through her journalism.

Besides this, being a founder and president of High Noor Strategies, she earns approximately $2 million per year.