Home » Biography » Jon B Fishing Net Worth, Age, How Can He Afford Fishing Trips

Jon B Fishing Net Worth, Age, How Can He Afford Fishing Trips 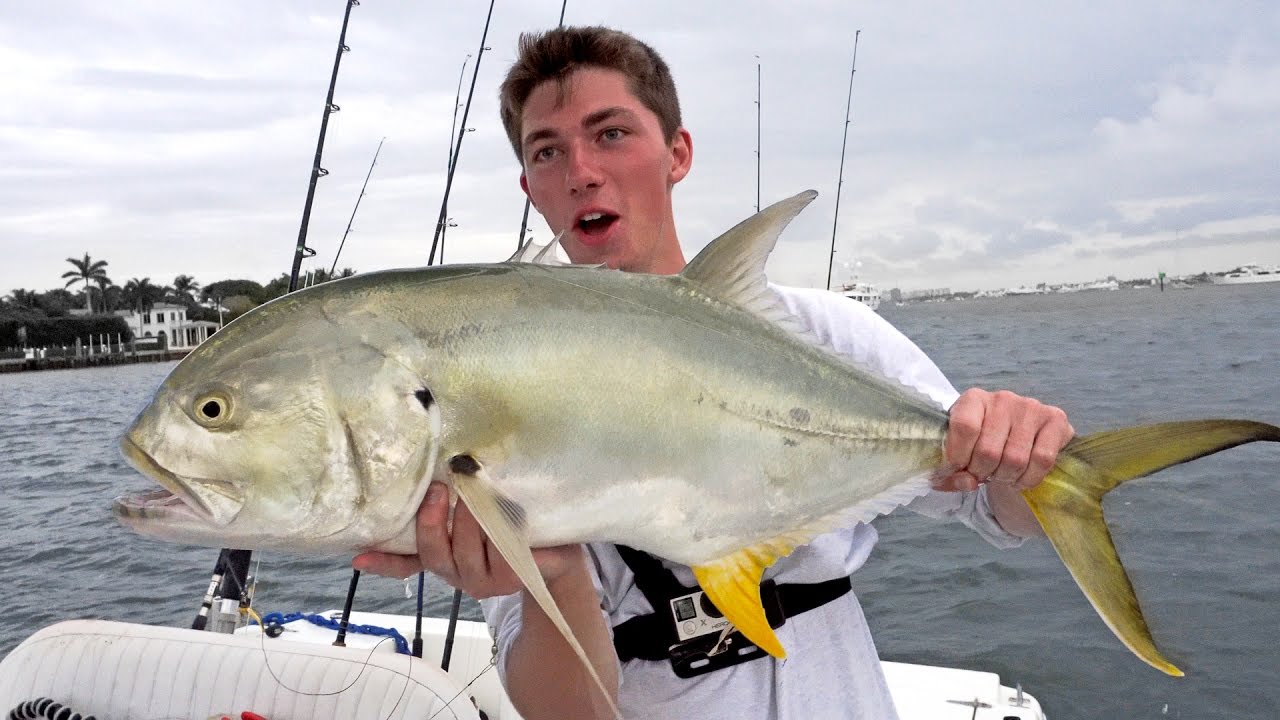 Know all about Jon B Fishing, who started YouTube in 2009 and is now a successful fishing YouTuber and entrepreneur. Find out how much income he makes.

There are thousands of YouTubers who call themselves an ‘influencer’ and plenty put on a show in order to stand out from the rest. Jon B Fishing is one of the very few young YouTubers who really holds authenticity, influence and knowledge in his chosen craft, fishing.

He started YouTube when he was 14 years of age and has steadily earned his followers. Barely 25 years of age, he is now an entrepreneur-YouTuber with an estimated net worth of  $1-5 Million.

JON B FISHING NET WORTH

HOW DOES JON B FISHING EARN INCOME?

How does Jon B earn his income? Let us count the ways: First, there’s his YouTube Channel which was established in the year 2009. Since then, his channel has amassed over 272 Million views and 1.33 Million subscribers. And then there’s the Googan Squad YouTube Channel, which he is part of. That group channel has over 65 Million views with 669,000 subscribers. Jon B has a share in that channel, and combined with his own YouTube channel, he is earning quite a lot per month just from YouTube views alone. Based on this article, a YouTuber can earn around $18.00 per 1,000 ad views, which comes out to about $3.00 – $5.00 per 1,000 video views.

Jon B is also earning from affiliate sales with companies he’s tied up with such as Favorite USA, where they feature a couple of rigged casting rods as Jon B’s favorite. Karl’s Bait and Tackle is also another fishing company that has partnered with Jon B for sales.

Jon B has created his own line of rigged fishing equipment, Rigged Fishing, which, at the time of writing is launching soon. 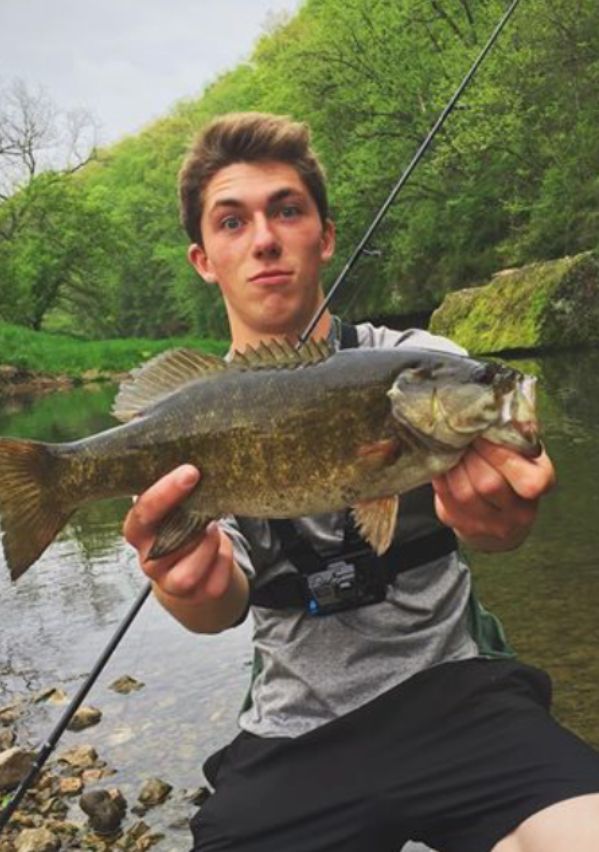 WHAT DOES JON B SPEND ON? CARS, ASSETS

Despite his financial success from being a YouTuber and all the affiliate sales and merchandise, Jon B seems to be rather frugal and intent on keeping a practical lifestyle. In 2017, he uploaded a video where he got his parents a car. The car wasn’t just for his parents He did say that he was going to use it as well whenever he spends time in his parents’ place.  In the video, he said that he’s aware that many YouTubers feel the need to flaunt how much they earn by buying luxury items because it also serves as a click-bait. He warned his viewers not to expect a Lamborghini or anything fancy. He ended up purchasing a Toyota that cost $8,500. He specifically got a Toyota due to its reliability and ease in getting parts.

In January of 2020, Jon B took his viewers on a Cabin tour video of his newly-bought Backwoods Cabin in Maine, where he now resides. The previously-owned cabin came fully furnished, left by the previous owners, which Jon B seemed happy about. The 1-bedroom cabin with a loft is spacious enough for 1 person. Similar cabins seen here are listed to be around $200,000-$300,000.

We can definitely say that Jon B is a fan of simple and practical living despite his success as a YouTuber.

HOW OLD IS JON B?

Jon B Fishing was born on the 7th of December 1995. This makes him 24 years and 5 months old at the time of writing.

WHO IS JON B DATING?

Jon B keeps his videos and posts strictly about his fishing adventures. The extent of his personal videos are kept to topics like buying a house / car etc. It is not known whether he is dating someone, but he is likely single and unmarried.

JON B EDUCATION: WHERE DID JON B FISHING GO TO SCHOOL?

Jon B went to Saint Viator High School in Arlington Heights, Illinois. He graduated in 2014 and was featured in the high school newsletter’s article in 2018 when they announced that a new bass fishing club was formed in school.

In 2014, Jon B announced in this YouTube video that he will be going to college at Hocking College in Southeastern Ohio. At this point, he was not sure whether he will continue the fishing videos because he sold most of his fishing gear to pay for college tuition fees. He shared that he will be studying Fish Management and Aquaculture Sciences.

Two years later, he uploaded a video entitled “Why I Quit Fishing and Filming”, where he announced that was quitting college as the course wasn’t working out for him. He felt restless and made the decision to go back to creating fishing content on YouTube.

One can see that during his days in college, Jon created a Fiverr account offering $5.00 to write a 500-word article about fishing.

HOW DID JON B START?

Jon B is considered a pioneer in the YouTube fishing world. His very first uploaded video was in June of 2009. Entitled, “Fishing the Midwest: Catching Crappies on Cranks”, the video shows a gangly Jon B as a teenager, barely 14 or 15, fishing in Lake Sylvan Ohio with his dad, showing expertise and seriousness about fishing for a boy his age.  Early on, he wasn’t just good at fishing, but he already demonstrated passion for explaining to the camera some tricks and tips in fishing.

The video was more than 10 years ago, but many still watch the first video, which now has over 72,000 views. There were some comments saying that this particular video shows when a fishing legend was born.

Jon B has been on YouTube for over 10 years, and it’s quite amazing to be able to witness how his channel has grown.

Jon B definitely grew as a Fishing content creator on YouTube. In 2016, before his own YouTube channel became established, he interned with MTB Hat Guy (Mystery Tackle Box), who, at the time of Jon B’s internship, was one of the more popular fishing guys on YouTube.  Fast forward 4 years later, and Jon B’s fishing channel already has 1.33 Million subscribers, overtaking that of MTB Hat Guy , who has over 200,000 subscribers.

Jon B’s parents are Bartolommeo Barzacchini and Florence Barzacchini. They have been featured in some of Jon B’s videos, such as “I Bought my Parents a Car!”.

Jon B’s dad occasionally appears in his videos as he accompanies Jon B on certain fishing trips, such as this video called ‘The Secret is Out! –Dad OutFISHES me on this Amazing Little Lure.’ 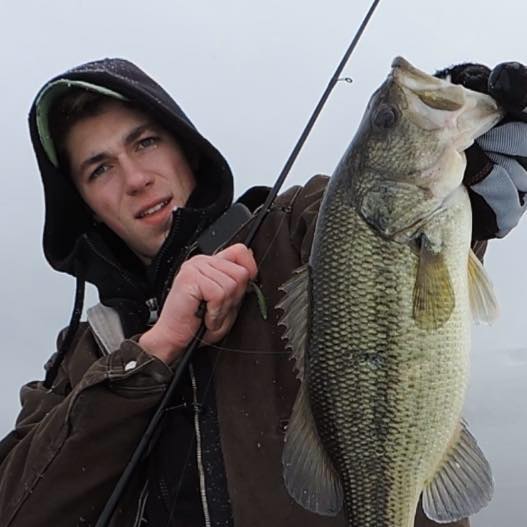 WHAT MAKES JON B POPULAR AS A FISHING YOUTUBER?

What makes Jon B unique is that he is not an overnight sensation and he did not have a particular video that went extremely viral. His tagline is “Never Stop”, and that’s what he exactly did. One can really see that his passion lies in fishing, and not being a YouTuber. His early videos show that he has always been skilled and passionate in fishing and he also had the talent to explain and share fishing advice to his viewers.

Authenticity is also what made him last this long. He has 1.33 Million YouTube subscribers, and that number is quite low compared to the more sensational YouTubers like gamers, or lifestyle / personality YouTubers. But that 1.33 M subscribers are an extremely targeted niche. It’s his knowledge and skill, not looks or crazy personality, that allowed him to be one of the most influential and trusted fishing YouTubers.

WHAT DOES GT’S MEAN IN JON B’S FISHING VIDEOS?

If you watch a few of Jon B’s fishing videos, chances are you will hear him mention “G.T’s” several times. G.T. stands for “Giant Trevally”, a species of large marine fish classified in the jack family.  They inhabit a wide range of marine environments, and in the fishing world, are known to be hard to reel in as they are strong and put up a big fight.

JON B AND THE GOOGAN SQUAD

Two years ago, Jon B banded with four other Fishing YouTubers / influencers to form the Googan Squad. Googan, in the fishing term refers to a rogue fisherman. It’s a name informally given to shore fishermen who bait fish typically without a license.

The Googan Squad sells fishing merchandise such as caps, shirts, tackle, and they also created their very own line of baits, Googan Baits.

The Googan Squad also formed their own YouTube channel, which now has 669,000 subscribers. The content in this channel are more informal and ‘behind-the-scenes’ type. 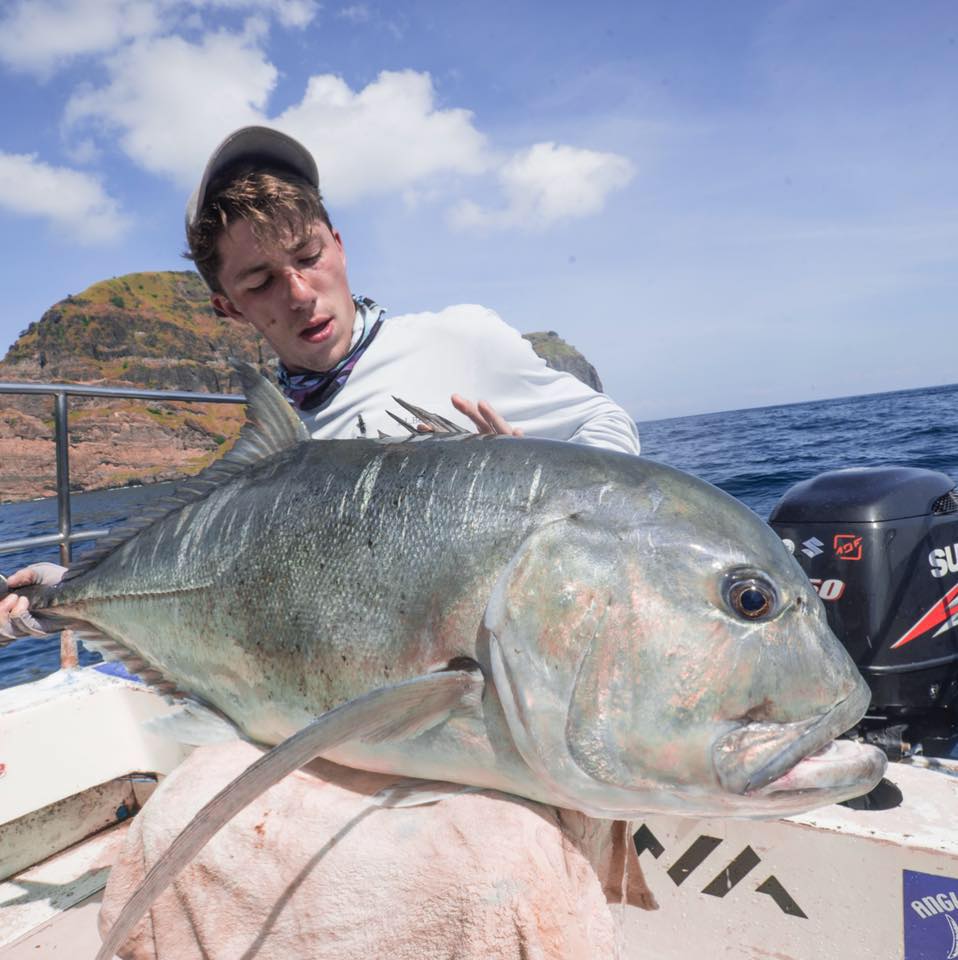 HOW DOES JON B AFFORD ALL HIS FISHING TRIPS?

With more than 10 years of YouTube and fishing experience, you can pretty much bet that Jon B has already travelled to places around the world where one can fish. First, he has already explored almost all lakes in the Midwest, where he is from. He’s also gone fishing in the Everglades and Texas.

He has also worked with travel companies such as Peacock Adventures, who sponsored his fishing trip to the Amazon in South America.

HOW CAN I GET IN TOUCH WITH JON B FISHING?

For business inquiries, you can get in touch with Jon B by sending an email to: fishingthemidwest@gmail.com