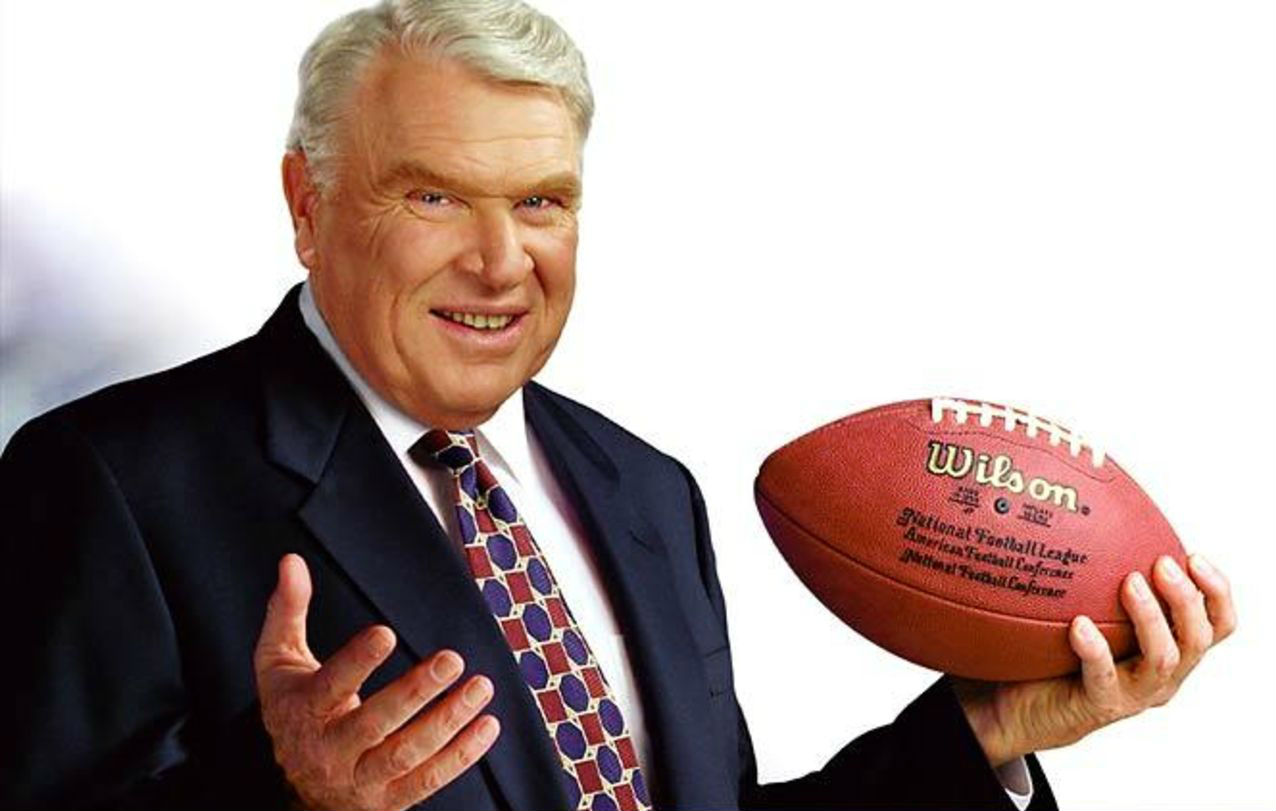 People generally understand John Madden as the famous sportscaster. His participation in being a professional football coach is a massive part of his net worth. Furthermore, John Madden gets an enormous sum of money because of sports on national TV. However, many people are still in a dilemma, how the net worth of John Madden was made through such activities. Such thoughts began to flow when it was declared that John Madden received only $ 5 million as his annual salary during his broadcasting career at his summit.

John Madden was born on 10 April 1936 in Austin, Minnesota to Earl Russell Madden and Mary Margaret Madden. His father was an auto mechanic.

When he was young, his family moved to Daly City, California. He attended middle school at Our Lady of Perpetual Help. Then he joined Jefferson High School and graduated in 1954.

John Madden loved to play football from childhood. He was a football star at his school. John has played many games while he was at college. He attended Grays Harbour College.

Then he went to College of San Mateo, and finally, he graduated from Cal Poly in San Luis Obispo. John was drafted in the 21st round by the NFL’s Philadelphia Eagles in 1958.

However, a knee injury during his training camp marked an end to his playing career before he could begin playing professionally.

After a knee injury, he started his career as a coach in football. In 1960, he became an assistant coach at All Hancock College in Santa Maria and promoted to head coach in 1962. In 1963, he was hired as a defensive assistant coach at San Diego State.

Developing his success, AI Davis hired John for the AFL’s Oakland Raiders in 1967. With his help, The team reached Super Bowl II that season.

After that, he resigned from the post and joined the Buffalo Bills and named him the Raiders’ head coach on 4 February 1969. He became a professional football’s youngest head coach ever at the age of 32.

John Madden is a successful head coach and has spent ten years with the Raiders. In 1969, he recorded a stellar 12-1-1, scoring the first of seven division titles during John’s tenure. In 1976, the Raiders went 13-2 before defeating the Minnesota Vikings in Super Bowl XI.

Also, in 1978, Madden retired from coaching due to his health issues. Madden was the youngest coach ever reach to 100 career regular-season victories.

Apart from that, he also worked as a color commentator on NFL games for four major American channels including CBS, FOX, ABC, and NBC.

In 1981, he became CBS’s top football broadcasting duo with Pat Summerall. Then he moved to FOX Sports in 1994 and worked there till 2002.

He left the FOX, became a commentator on ABC’s Monday Night Football where he earned USD 5 million per year. Madden worked there from 2002 t0 2005.

John Madden became the first sportscaster to have worked for all of the “Big Four” American broadcast television. He worked at NBC television for five years and retired in April 2009.

After a two year break, Madden was back in 2017, to his morning on-air chat on San Francisco’s KCBS AM radio. Madden airs twice in a week on Monday and Friday at 9:15 a.m. He also voiced for the Super Bowl-winning coach and broadcaster in the video game “Madden NFL

Besides from coach and radio, John also appeared in several movies which includes ‘Christine,’ ‘Little Giants

’ and ‘When the Game Stands Tall

In the film, “The Replacements

” he played by himself as a broadcaster along with his broadcast partner, Pat Summerall which was released in 2000 and grossed over $50 million worldwide.

In November 2015, Legendary John Madden underwent open heart surgery at the UCSF Medical Center. He is now 82 years old and living a healthy life with his family.

Due to his health problems, he left his jobs. Madden carefully guarded release of information on the issues that first arose day before Thanksgiving.

After the surgery, he moved to an in-patient Oakland rehabilitation facility and resided him there a couple of weeks, but described as “already well along the road” to a full recovery.

His second son joined Harvard University, and he started as a receiver on the football team.

Currently, Madden is living with his wife in his mansion in Pleasanton, California. He built Goal Line Productions in Pleasanton to reduce his travel to studios.

In 1979, he owned a 45 foot of luxurious SUV which value is $800,000. The bus is quite spacious with a separate kitchen, bathroom, bedroom, and a comfortable couch.

He earned a hefty amount of money from his career as coach and broadcaster. Back in 2017, his estimated net worth was 189.7 million.

Besides broadcasting, he made additional money from his endorsement deals and book sales.

The renowned persona of the American sports industry has a net worth of $200 million as of 2019.

He has made a deal with EA (Electronic Arts). John also authored many books on football, and non-fiction books including One Knee Equal Two Feet: And Everything Else You Need To Know About Football, The First book of Football, One Size Doesn’t Fit All and Hey, Wait a Minute(I wrote a book!).

John Madden has made his appearance in several Radio and TV commercials such as Ace Hardware, Media Deals Verizon Wireless, Sirius Satellite Radio, Tinactin and so on.