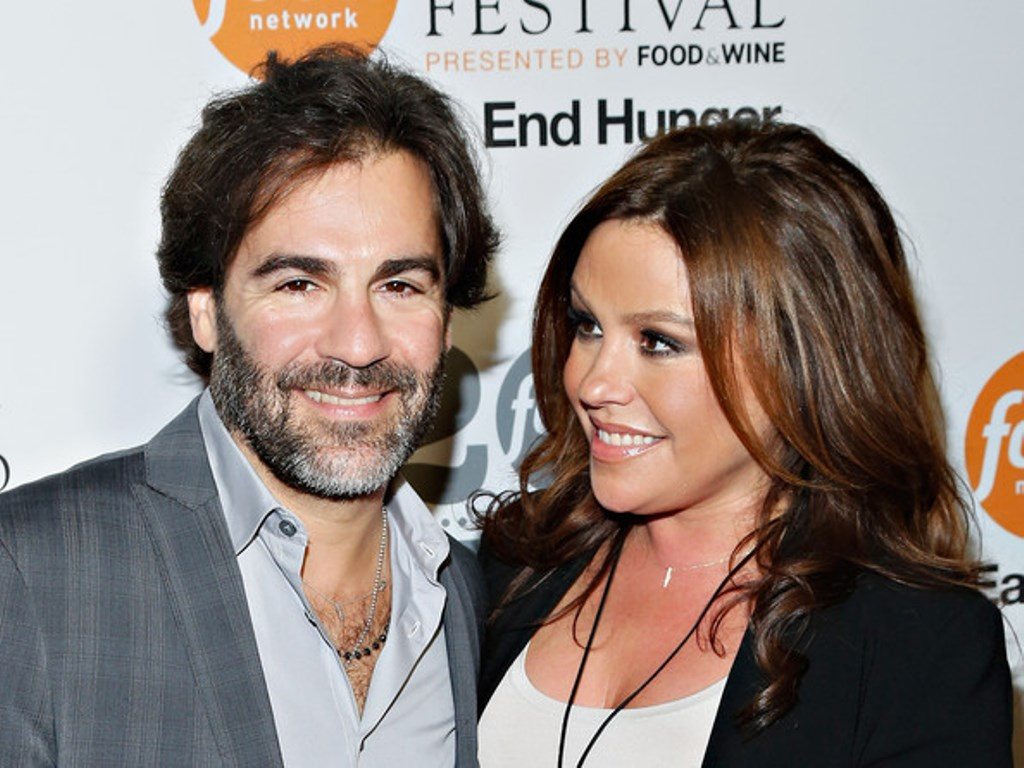 Each romantic tale is one of a kind and has a lot of up and downs. We heard most of the celebrity couples lasted for only short periods and involved in multiple relationships.

Well, John M. Cusimano and his better half and celebrity chef, Rachel Ray were surrounded by the rumors of their separation. Let’s talk what kind of trouble did the couple faced regarding their married life? Let’s dig in to find out.

The beautiful married couple, John M. Cusimano and his wife, Rachael Ray, have been together for almost 14 years. They are a perfect example of true love for lovers. Let’s find out how the two lovers began their love story.

John M. Cusimo first met each other at a party back in the year 2001 through a mutual friend, when he told Rachael about his cooking skills, and she assumed that he was gay.

“I was going to set him up with a friend of mine — another handsome Italian man.”

At the time, she stayed out with her then-boyfriend and now husband, Cusimano till 4 AM what his wife considered their first date.

His wife, Rachael, said that John was a big surprise for her. Rachael Ray told People,

“He came at a point in my life when I had decided, I’m not going to chase [marriage]. I don’t think young men or women should feel pressured into marriage. You shouldn’t marry anyone, in my opinion, who you have to try hard for.”

John and Rachael dated at least a year. Later they realized that they are perfect for each other and decided to turn their relationship into a marriage. After that, the two exchanged wedding vows in Tuscany on 24 September 2005.

John M. Cusimano and Rachael Ray have many ups and downs in their life. The duo has been a victim of false stories which almost ruin their marriage.

In 2007, there was a rumor that Cusimano and Ray were getting divorced. However, his wife, the perky queen of the kitchen, told Access Hollywood that the headlines were all of a bunch of nonsense. They were happy together and enjoying their love life.

“My husband and I were drinking margaritas on vacation when we read we were about to get divorced, so we find it funny. We’re very, very happy.”

Moreover, the newspaper ‘The National Enquirer’ asserted that John paid a lady for ‘strange sexual favors’ and that Rachael was interested in her new colleague.

However, the false story was busted when Rachael clarified that everything was going smoothly in their married life.

“I guess that in some ways it’s kind of flattering (that) people care. I just wish they got it right but, oh well, I still go home to my husband every night, so it’s OK. It doesn’t matter to me so long as he’s still there.”

John and Rachael renewed their wedding vow to mark their 10th anniversary in October 2015 at Castello di Velona, the Tuscan castle, the same Italian castle where they married in 2005.

While most couples promise in the flowery language and romantic symbolism, Ray compared her Mr. Perfect to bourbon. Ray said she loved him more than all the whiskey in heaven. A word that Ray borrowed from Charles Bernstein’s poem.

“Not for all the whiskey in heaven … No, never, I’ll never stop loving you.”

John was linked up with multiple relationships in his past. Prior to, Rachael Ray, he was dating Ali Solomon, but their relationship lasted only for two months.

Is there any other name which used to call him by his wife, Ray? You might have already guessed what we are talking about?

Most lovers called by nicknames to express affection: honey, sweetheart, baby, and more. Rachael calls her guy, “Jonny Walker” because of his love for Scotch. She said, “In knowing my husband, there wasn’t a dry eye in the house.”

Big “pinch-me” moment to have 3,000 words about my life and work in @nytimes & @nytfood Section today. What an honor! Thanks @Kimseverson & @samsifton! Read the story via the link in my profile. (cc: @katkinsman @fwscout, @chardrucks, and Niraj Shah) Photo by @RogerKisby

The pair has not planned to extend their family. In 2007, his wife, Ray told People,

“I work too much to be an appropriate parent. I just feel like I would do a bad job if I actually took the time to literally give birth to a kid right now and try and juggle everything I’m doing.”

Hope, we should hear the good news soon.

John M. Cusimano was born on 19 August 1967 in the United States to American parents, but their names are not available online. Reportedly, his grandfather was from Palermo while his grandmothers were from Naples and Catalano.

Most of his childhood information is missing. It is said that he spent most of his early life in New York. He is an American, and his ethnicity is not known.

John graduated from the State University in 1989. Later he went to studied law at Cardozo School of Law. He completed his law degree from Benjamin School of Law in 1994.

During his college, he practiced law in New Jersey and New York. Then he began his profession as a lawyer.

The career in Music and Acting

Besides his profession, John M. Cusimano is a singer, actor, and producer. John is the lead singer of the independent rock band “The Cringe” based in New York City which was formed in the early 2000s.

The band members are John Cusimano, James Rotondi, Jonny Blaze, and Shawn Pelton. The Cringe performed at the SXSW music festival in 2008 and 2009.

The band released a total of four albums: Scratch the Surface, Tipping Point, Blind Spot, and most recently, Play Thing. The singles are Anything You Say, No Control, Give Me Some Time, Another Day, Bricklayer and many more.

To speak further, John is one of the most shining stars of Hollywood. He is known for his roles in the movies such as Rurouni Kenshin: Wandering Samurai (1996), World War Mud (1982) and Crashing (2017).

John earns his fortune from various sources such as actor, lawyer, and singer. We are pretty sure that the multi-talented person makes enormous earnings.

John M. Cusimano has a net worth of $5 million.

But his exact monthly and yearly salary has not disclosed yet. However, his love life, Rachael Ray estimated net worth is $80 million. His wife is a chef and also, earns extra income from her books and cooking shows.

John and Rachel listed their Southampton house in the market for $4.9 million in the mid-2017. The beautiful home is made out of 3,650 square-foot area which has three bedrooms and three full bathrooms and a one bed/bath cottage.

Rock singer, John is available on Instagram. But if you want to know his latest updates, then follow his wife’s Instagram where she has posted numerous pictures and videos of her cooking as well as with John.

He has an account on Twitter. There he shared his music videos, photos and also shares his thoughts.