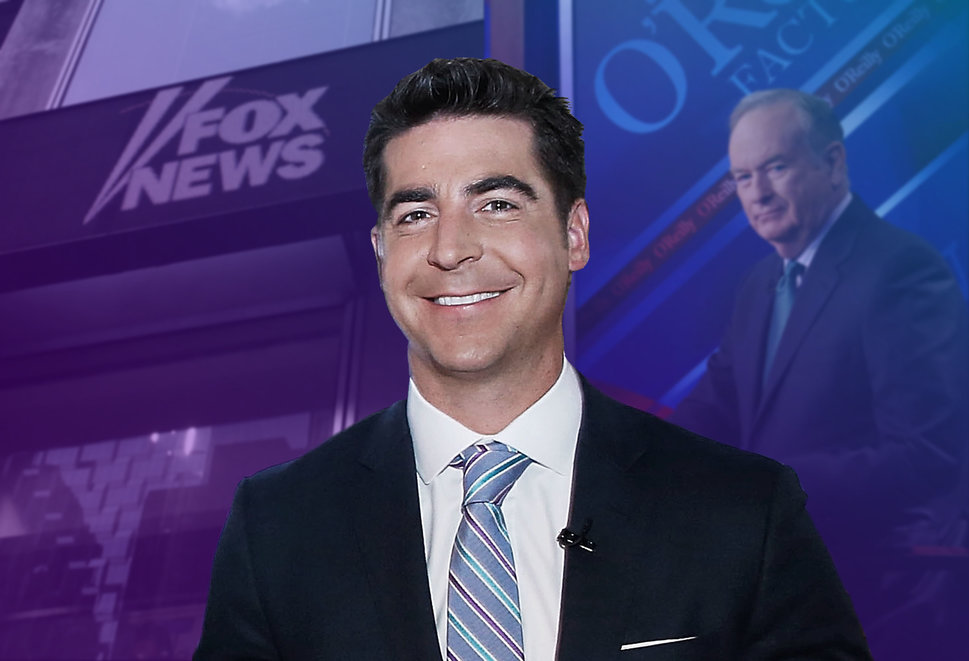 Are you familiar with the O’Reilly Factor Show, Fox News? Then, recognizing the guy from the on-street interview segment of the show wouldn’t take you long. Jesse Watters is an American show host renowned for his work on programs such as “Outnumbered

” from Fox News. His interview on the O’Reilly Factor in ambush-style on the street won him hearts across the United States in no small way. But the smiley face you see on television isn’t all; Watters is likewise a husband and a father of two lovely daughters. Let’s take a short hike into his personal life.

Jesse Watters was born on 7 July 1978 in Philadelphia, Pennsylvania to Stephen and Anna Watters. He grew up with his siblings in the Germantown, and later his family moved to East Falls neighborhoods with his family.

Watters holds an American nationality and is of white ethnicity.

He enrolled at the William Penn Charter School then his family relocated to Long Island, New York. He graduated from Trinity College in Hartford, Connecticut with a degree Bachelor of Arts in History in 2001.

After graduation, Watters began his career as a production assistant at Fox News Channel in 2002. The following year, he joined production staff of ‘The O’Reilly Factor

Jesse debuted on the Fox’s Outnumbered on June 2011 as a guest co-anchor and co-host. In November 2015, Watters came up with his show called ‘Watters World’ that aired every monthly. Later, in January 2017, his show broadcasted every Saturday at 8 pm EDT.

In April 2017, he co-hosted the program “The Five” and also appeared as a guest on ‘The Spin Stops Here Tour 2017’ along with Bill O’Reilly and Dennis Miller.

Watters was criticized in October 2016 for a “Watters’ World” segment widely regarded as racist towards Asian Americans.

In the Chinatown of New York City, Watters asked Chinese Americans if they knew karate if they should bow before they were greeted or if their watches were stolen.

The 1974 song “Kung Fu Fighting” plays in the background throughout the segment, and interviews are interspersed with references to martial arts and Watters clips to get a foot massage and play with nunchucks.

Bill de Blasio, Mayor of New York City, denounced Watters’ segment as “vile, racist behavior” that “has no place in our city.”

Watters has also been condemned by numerous other legislators and journalists, including Asian Americans Mazie Hirono and Judy Chu. The Asian American Journalists Association also criticized the segment, which issued a statement saying,

“We should be far beyond tired, racist stereotypes and targeting an ethnic group for humiliation and objectification on the basis of their race.”

On October 5, Watters tweeted what Variety’s Will Thorne called a “non-apology” about the segment. In the two tweets, Watters stated,

“My man-on-the-street interviews are meant to be taken as tongue-in-cheek and I regret if anyone found offense…. As a political humorist, the Chinatown segment was intended to be a light piece, as all Watters World segments are.”

Watters made an on-air comment on Ivanka Trump in April 2017, two days after joining “The Five” as a co-host, highly criticized as lewd. Watters commented after seeing Trump’s footage speaking on a panel on female entrepreneurship,

“So I don’t really get what’s going on here, but I really liked how she was speaking into that microphone.”

Some people describe him as imitating oral s*x stimulation with a hand gesture, as he says. After the incident’s clip on social media had been widely shared, Watters said the comment was not sexual, saying in a statement,

“During the break, we were commenting on Ivanka’s voice and how it was low and steady and resonates like a smooth jazz radio DJ…This was in no way a joke about anything else.”

TV presenter Jesse Watters is married to Noelle Inguagiato in 2009. However, the exact date, a venue and more details of their marriage are not available in the media. His wife worked for Fox News Channel as a host of fashion and style show “IMAG” 2011.

Jesse date Noelle dated for a quiet time before their marriage. He was working for the show of Bill O’Reilly at the time.

The duo is blessed with Ellie Watters and Sophia Watters, twin daughters in 2011, 4th November.

Noelle Watters filed for divorce in October 2017, after learning that her husband had an affair with a 25-year-old producer, Emma DiGivoine, working on his show, according to news accounts published in March 2018.

The producer has been transferred to The Ingraham Angle; the divorce has yet to be finalized, as at the time of this report, and it is believed that Emma and Jesse are still dating each other.

According to his birth date, he is 41 years old, as of 2019. Jesse Watters has a standard height of 6 feet and has a masculine physique and maintained body shape. Also, he is one of the stylish people in the network.

He is working with Fox News channel for 16 years. He earns a handsome salary which amounts to $30,000. His annual salary is around $4 million as well as he receives bonus and incentives.

An American TV personality Jesse Watters has a net worth of $1 million.

Watters lives in Pennsylvania’s $ 0.4 million luxury apartment. Speaking of his collection of cars, he’s not flaunting much. He bought a Mercedes Benz and a Ford of $ 3 million.