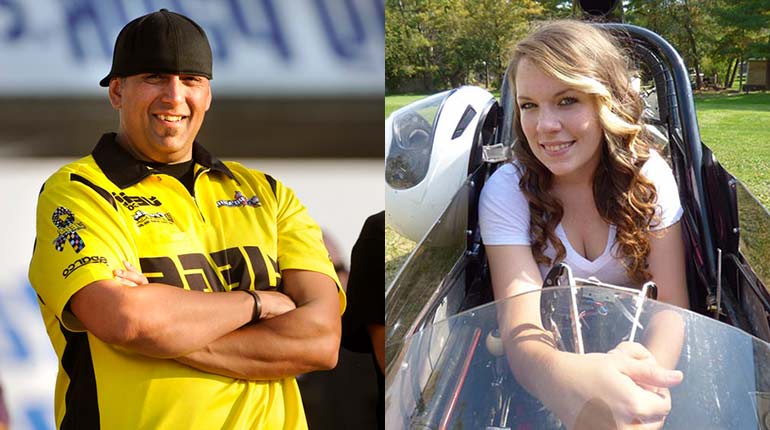 You can’t imagine anyone other than Big Chief when you think about street racing; he’s an industry novice. Big Chief is recognized for his famous Discovery Channel show “Street Outlaws.” He’s currently with his new catch, Jackie Braasch, in the public eyes. He’s a married man, however, and everyone tries to find out if his new girlfriend is just a rumor or not. There are many conversations around the city and unanswered questions about the modern woman’s entry into his life. 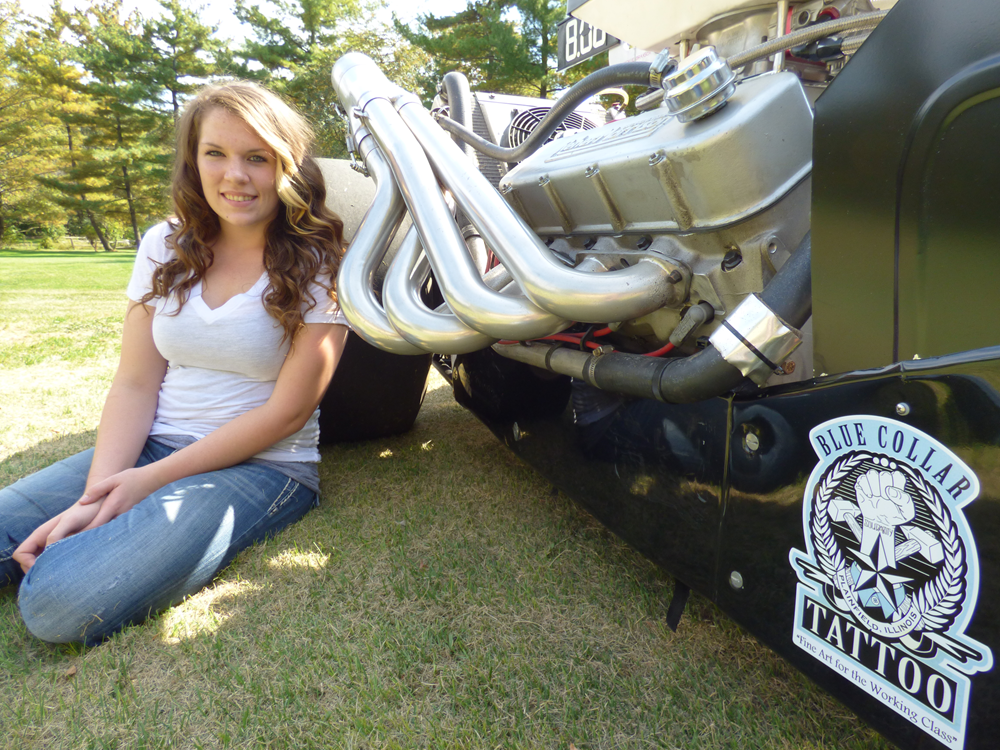 Jackie Braasch was born on  4 July 1990, in Joliet, Illinois which makes her age 29 years as of 2019. She holds American citizenship and belongs to white Ethnicity.

Braasch is a women racer. She is a member of one of the admired women motorsports organization called Car Chix group.

She was the top 12 finalists among 398 entries in 2014, and she drives a Spitzer Dragster. Jackie is one of the most competitive racers of the Rockett Brand Race Fuel Bracket Series.

Jackie is also a champion of Junior Dragster Division. She loves racing and has been in the business since she was a kid. Her love for cars is immense, and she enjoys trying her hand on the latest models in the market.

Jackie was born into an avid racer family whose father was involved in racing from a young age. Due to her upbringing and environment, she was bound to like sports racing, no wonder she took it by heart from an early age.

Her father would take her on the race track when she grew up in Illinois, and she would come out with helping hand when she was in the garage.

She wasn’t the family’s only girl that looks up to her father; her sister Erin Braasch also grew up liking sports. Jackie and Erin were in primary school when both of them took part in the junior drag racing event.

At that time, Jackie was only eight years old. During her teenage years, she maintained her passion for racing and was determined to become a professional in the sport. She upgraded to her full-size dragster at the age of 17.

Jackie is rumored to be the new girlfriend of Big Chief, the racing superstar. How and when did their relationship started is still a big question for the media?

But it is quite apparent, that both of them are the racing stars and had to cross paths of each other as they are in the same industry. As per the sources, it is said they met during a race. Jackie is also given the name “Mysterious Woman” by the magazines and news media.

More interestingly, when one of the followers of Jacklyn commented “so happy for you, miss you and the puppies????.” She replied with emoji of love.

During the recent shoot of the episode of Street Outlaws, Big Chief has often seen with Jackie Braasch which created the rumor.

However, the information remains a mystery given that neither, Big Chief nor Jackie Braasch addressed the rumors. Meanwhile, people are also expressing their doubt about “Big Chief and his wife divorce.”

You may also want to read: Big Chief, Allicia Shearer

Racing is in the blood of Jackie Braasch. Her dad was also into motorsports since his young age. Her dad used to take her to the tracks since she was just a baby. Jackie’s dad encouraged her to participate in his work such as building cars and racing. He was making his ’85 Chevy Camaro in the same year she was born.

Because of this, she was always out in the garage helping her father, bringing him tools or whatever he needed. She was already fixing minor problems of cars at an early age. She started racing in junior dragsters when she was eight years old.

Jackies’ family has been involved in hardcore drag racing for a long time.

They are on track every weekend, working on cars or racing. Jackie races a naturally aspirated Spitzer Dragster with a 510ci Big Block Chevy. She regularly competes in the Super Pro, Rockett Brand Race Fuel Bracket Series at her hometown track, Route 66 Raceway in Joliet, Illinois.

Jackie was a regular winner in the Junior Dragster Division when she was a child.

For Jackie Braasch, nothing gives more pleasure than working on cars. She spends more time with racers, her family and motivates all to win. Jackie supports Car Chix and wants all women to follow their dreams. She has once said that-

“Definitely get involved! Don’t get discouraged if people doubt you. Just prove them wrong.”

Jackie Braasch is active on Instagram where she posts pictures of her cars and their parts. She also keeps sharing her dog’s photos.

It is quite sure that when she is not on track, she enjoys spending time with her pets and enjoys her cars.

Well, sometimes celebrity’s private lives have often been a question of public scrutiny. People often find something to talk about celebrities. And that has been the case with Big Chief and his wife, Alicia Shearer.

On the majority of social media sites fanatics have been talking about the relationship between Big Chief and his wife. There is wide speculation that Big Chief might be divorced from his long-term wife. However, none of the rumors have been solved yet.