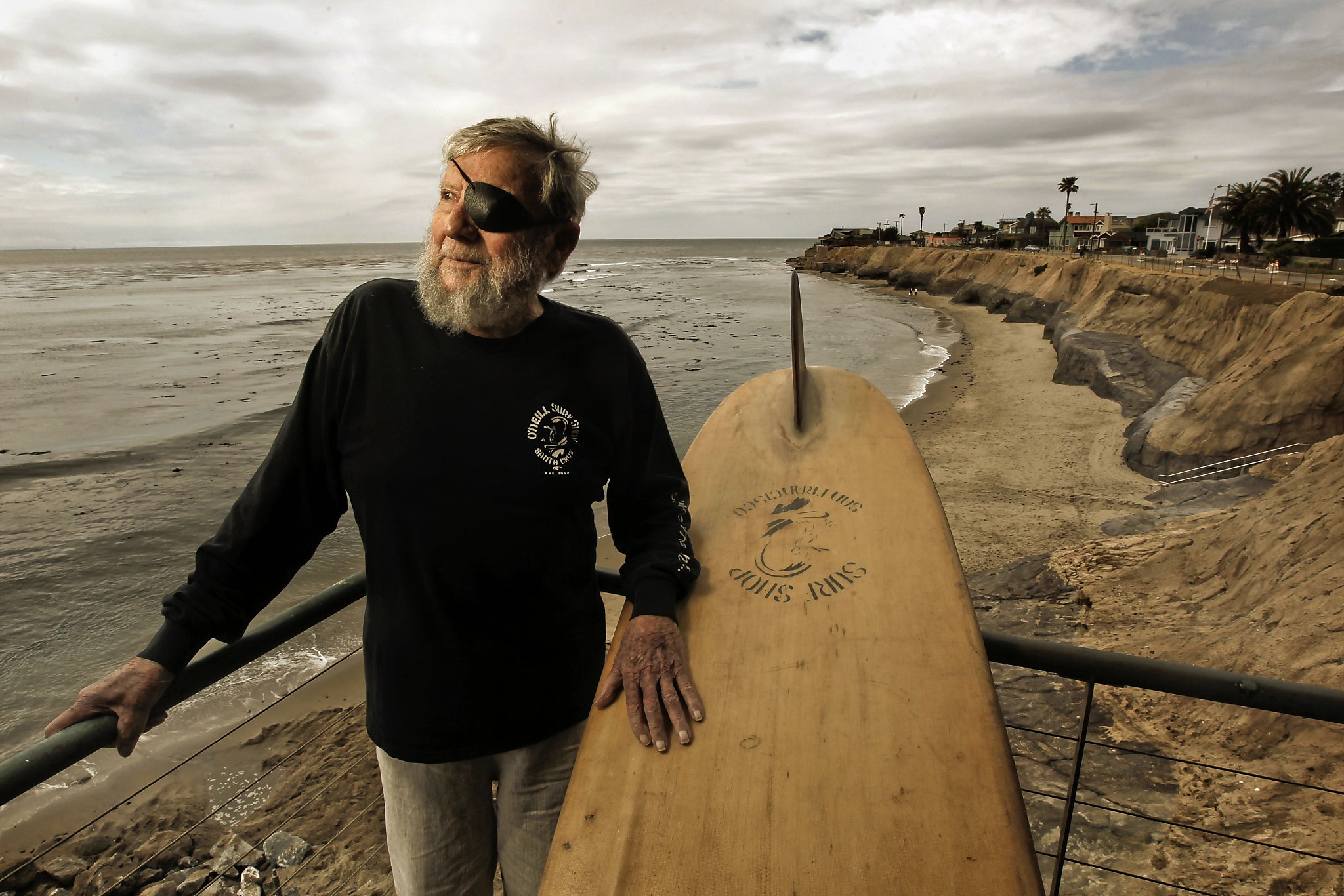 Read all about Jack O’Neill, the legendary pioneer in the world of surfing who made the world’s first wetsuit. How much did his company earn?

One-eyed Jack O’Neill is a legend who turned the tides of surfing culture when he created the wetsuit for commercial sale. He founded the company O’Neill, the leading brand for wetsuits. Ever since he opened his first surf shop in 1952, Jack’s legacy lives on as people worldwide celebrate and embrace surfing culture, whether it means the actual sport, or the fashion and lifestyle behind it.

HOW DID JACK O’NEILL EARN INCOME?

Jack O’Neil was celebrated as a pioneer and even though his claim to have invented the wetsuit is controversial, respect has to be given to a man who has turned a garage ‘project’ into a multi-million brand, O’Neill.

By the time Jack O’Neill died the world of surfing has turned into a $7 Billion dollar a year industry, and Jack was no doubt instrumental in turning this into a reality.

O’Neill has come a long way. Apart from wetsuits, it now sells beachwear, sandals, dresses, and even snow wear.

Up until he died in 2017, Jack O’Neill lived in a beach house in Santa Cruz. His house can be seen in this video, caught by a tourist visiting Santa Cruz. Beach houses in Santa Cruz can go as high as $3.5 to 4 Million dollars.

When World War II came, Jack joined the U.S Navy to be a fighter pilot. After the war, he moved to Northern California. 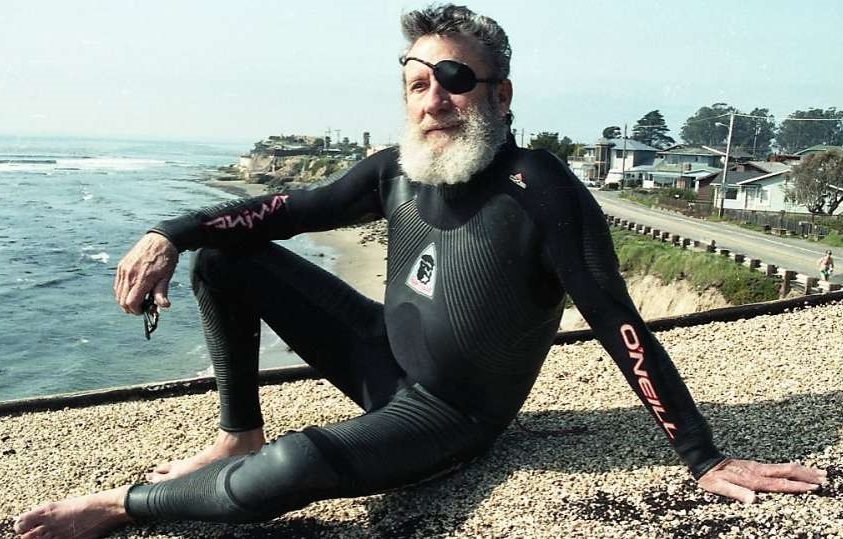 JACK O’NEILL AND THE NEED FOR A WETSUIT

After World War II, Jack moved to Northern California where he notes that the waters have dropped down 10 degrees Celsius. In a 2010 interview with Trip TV, he said that the waters would be so cold that they induce ‘ice cream headaches’ (probably pertaining to brain freeze), and that one would need a ‘baby girl’s hat or something’. He really wanted to find a way to be able to be in the water longer. Jack and his friends initially tried to cope with the chilly waters of Northern California by soaking sweaters in oily sealants. But not only did this not work in keeping them warm, it weighed them down too.

Jack’s ‘Eureka!’ moment came when he realised that one does not need to stay dry in order to stay warm. He discovered that when a thin layer of water is trapped between the skin and the suit, which was warmed by body heat, then this will make it possible for swimmers or surfers to stay in the water no matter the time of the year.

The material he needed in order to achieve this was neoprene. Also known as polychloroprene, Neoprene is a family of synthetic rubbers produced by the polymerization of chloroprene. It exhibits good chemical stability and maintains flexibility over a wide temperature range. Jack claims that he hit on the idea of using neoprene in wetsuits after seeing the material in the carpeting of an airplane.

After this, Jack became known as the legend who invented the wetsuit.

JACK O’NEILL VS BOB MEISTRELL:  WHO REALLY DID INVENT THE WETSUIT?

This is the million-dollar question that has become the longest-running debate in the world of surfing. Jack O’Neill’s long-standing rival, Bob Meistrell (of Body Glove) from Redondo Beach in south of Los Angeles made competing claims that it was actually him and his brother Bill who came up with neoprene and invented the wetsuit.

Jack O’Neill and the Meistrell brothers traded lawsuits against each other for many years.

They could have saved themselves a lot of time and money because neither of them actually invented it.  The Meistrell’s top surfer and business partner Bev Morgan later revealed that he suggested neoprene to them after reading a paper made by Hugh Bradner, a physics professor from the University of California-Berkeley.

Bradner initially created neoprene for the Navy, who found the invention quite novel. A material that could get wet and still maintain body temperature. Yet the Navy didn’t really do much about neoprene and Bradner never patented the design. The ironic thing is that when the professor first tried to sell it, no one was really interested. Yet today, annual sales for wetsuits worldwide are estimated to be around $120 Million. 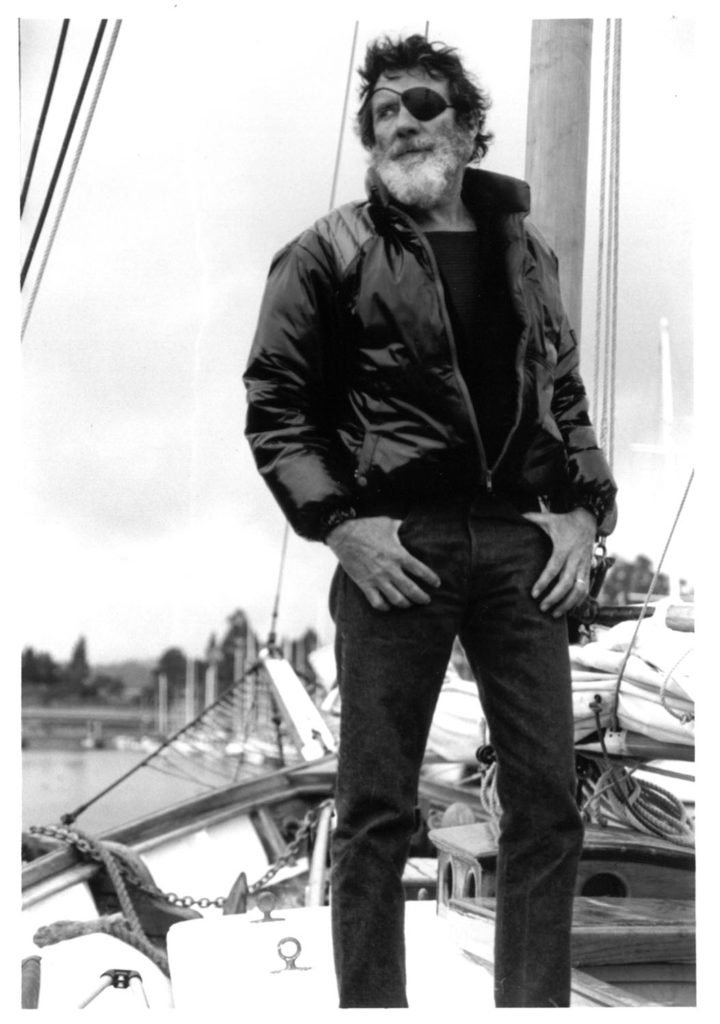 So Jack O’Neil may not have officially and technically invented neoprene. Yet he taught the market a very important lesson in business: While necessity may be the mother of invention, marketing is the engine of sales.

Soon after creating the wetsuit, Jack O’Neill opened his first surf shop on Ocean Beach in San Francisco in 1952. He opened a second shop seven years later when him and his family moved to Santa Cruz.

Jack O’Neill eventually developed a surfwear business that became internationally known. And he worked hard to market it. Surfer magazine says that in the early stages of his business, Jack would attend trade shows, dress his children in wetsuits and dunk them in ice baths.

O’Neill’s trademark slogan was also very effective: ‘It’s always summer on the inside’.

Matt Warshaw, former editor for Surfer magazine and an author of surfing history and culture books says, “Of all the things that Jack is known for, I think his genius for marketing and promoting stood out.”

By the 1980’s the brand O’Neill had become global and Jack O’Neill himself had become the world’s largest recreational wetsuit maker.

O’Neill’s YouTube Channel released a video in 2010 entitled ‘The O’Neill Legacy’. The video shows how the brand Jack O’Neil had formed in his garage in 1952 has transformed into a culture and legacy of its own. And one thing that Jack is known to be is how he likes to take care of the environment he loves. In 1996, he founded the O’Neill Sea Odyssey, a marine and environmental education program for children. He says that this is his proudest achievement. He tells Associated Press, “The ocean is alive, and we’ve got to take care of it. There is no doubt in my mind that the O’Neill Sea Odyssey is the best thing I’ve ever done.” 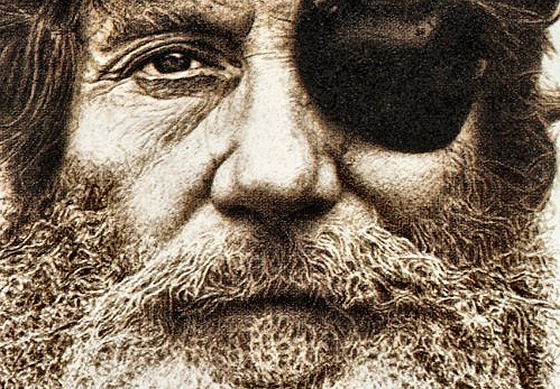 WHAT HAPPENED TO JACK O’NEIL’S EYE?

Unfortunately, Jack got into a surf leash accident that year. The earlier designs’ surgical tubing allowed the leash to overstretch, which caused the surfboard to fly back towards the surfer. The leash snapped the board back into Jack’s eye after a wipeout.

Ever the marketing master, Jack turned this accident into an opportunity. Since that day, he donned a black eye patch which has become his trademark look. With his unruly thick head of hair, eye patch, beard and adventurous personality, Jack carried the image of a pioneering, bad-ass pirate, which fit his brand and story perfectly. At one point, his ‘one-eyed’ face was even part of the O’Neill logo.

JACK O’NEILL AND THE NAME SURF SHOPThe term ‘surf shop’ is now so commonplace but it was Jack O’Neill who opened the world’s very first surf shop in 1952 out of his garage. The place was simply called “Surf Shop”. And while Jack trademarked the name ‘Surf Shop’, he never enforced his exclusivity against any of the hundreds of others using the same title. There are now surf shops all over the world from Bali, Australia, America and Europe. By not making the term solely his, Jack had also helped propagate the ‘surfing culture’ globally.

In 2017, on the 2nd of June, at the age of 94, Jack O’Neill died peacefully of natural causes at his Santa Cruz home with the waves lapping at his deck.

As a tribute and to pay respects to the legendary adventurer/inventor who revolutionised the way people swam and surfed, a worldwide paddle out was done on the 9th of July 2017. From the beaches of California, to Europe and Australia, surfers all over the world formed circles in the ocean in their surfboards, with some even wearing eye patches to commemorate Jack.

Even posthumously, Jack O’Neill’s legacy lives on not just through surfing but via cuisine as well.