Ray Diaz: Arrested for Alleged Sexual Assualt. Who is His Girlfriend? 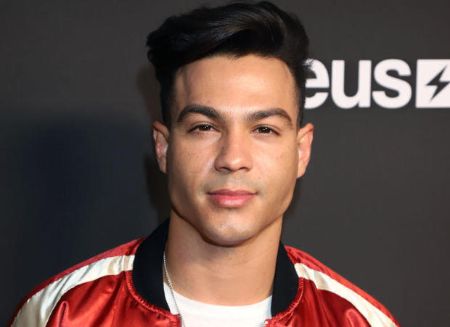 The YouTube-turned-Actor, Ray Diaz id widely known for being involved in Jake Paul’s YouTube group, Team 10. He starred as Lopez in the TV series along with comedian George Lopez for one season.

Additionally, the social media star is not just an amazing actor also a model and has been faced for various brands like Subway, Ford and many more. Other than that, he has over 304k subscribers on his self-titled channel. So who is Ray Diaz? How he rose to stardom?

Before, let’s know some quick facts about Ray.

How old is Ray Diaz?

Ray Diaz was born on 13 August 1985, Key West, Florida, which makes him 28 years of age as of now. His parents had a legal problem, so he and his sister grew up in a foster home. Additionally, Ray didn’t talk much about his family and also, school and college.

During his high school, Ray auditioned for an advertisement and also became part of National Macy’s events. He then moved to New York and studied at The William Esper Studio.

Ray Diaz again relocated to Los Angeles, California to pursue his career in the entertainment industry. By chance luck was with him; Diaz made his film debut with the thriller Stone Markers in which he played the lead role as well as worked on many commercial such as Ford, Lexus, and Subway.

In addtion to his career, he is a model and modeled for the famous modeling agency Wilhelmina in New York. Hence, Diaz has done national campaigns for top brands like L’Oreal, Polo, Calvin Klein, Reebook, Cosmopolitan and more.

In 2013, Ray starred in the independent movie In Da Cut. From 2014 to 2015, Daiz appeared as Nicholas Reyes on the series East Los High and as Hector in 2017 series Lopez. His other Movies and TV series are Close Range, South32, Real Husband of Hollywood, and so on.

Does Ray Diaz Have a Girlfriend?

YouTuber Ray Diaz has been very confidential about his love life but has bot disclosed of having a partner in his life to fans. However, back in 2017, Ray posted a picture with Lele Pons, a Viner. On that picture, they seemed to be a couple.

But while wishing birthday to Lele, he disclosed that they were just good friends.

After that, Diaz dated actress Angelica Salek who is 17 years old junior to him but now they were no more together.

In July 2019, the YouTuber got arrested for sexually assaulting Angelica Salek. Before the police arrest him, ray leaked the video on which he was threatening his alleged girlfriend Angelica Salek and laying hands on her.

The 17-year-old actress stated that they have been dating when she was 16. In an interview, Salek shared, she was afraid of him because he always yells at her.

She added, Diaz forced her to hid under his bed when police came to search for her. At the time, “I had to be quiet and not make a sound,” she said.

Diaz responded that they both were acting in the clips. In his own words, “It’s something you learn in acting class if you study in New York City.”

LAPD named Ray as a suspect in the case and arrested. However, police said that his bail has been set $500,000.

Moreover, in June 2018, YouTuber Ray was arrested by police for physically abusing his then-girlfriend Linda Hicks.

Ray Diaz has an estimated net worth of $600,000. He earns most of his wealth from his online videos as well as from acting. He has played in numerous movies and television series.

Not only that but Ray also makes a decent amount of salary as a model. According to Social Blade, Ray earns between $26 – $423 and estimated yearly earnings from $318 – $5.1K.

Diaz has over 3 million fans followings on Instagram but after the sexual allegation, he kept his account private.