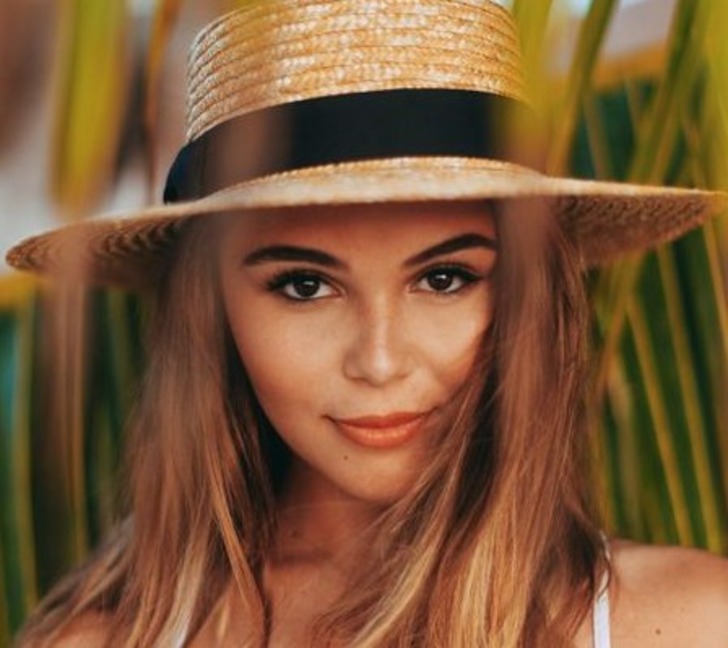 For the youngsters, social media is one of the easiest platforms to establish themselves as a celebrity and make fortune by sharing their talents such as cover songs, personal vlogs, experiment videos and much more. Likewise, Olivia Jade is one of them.

Olivia Jade is an American Instagram star, YouTuber and makeup artists. In fact, the creative 24 years old girl loves make-up. Through her beauty tips, travel, fashion, she has won millions of people hearts.

Let’s know more about American actress  Lori Loughlin‘s daughter in details. Also, know about her net worth, income, and boyfriend.

Olivia Jade Giannulli is the daughter of Full House actress Lori Loughlin and fashion entrepreneur Mossimo Giannull. Olivia was born on September 28, 1998, and currently resides with her family in Los Angeles, California.

She has an older sister named Isabella Rose who even featured in her several videos. Jade even post pictures with her on her social profiles.

Olivia graduated from Marymount High School situated in Los Angeles, California, in 2018. Then for further study, she enrolled at the University of Southern California.

Back in 2017, Jade crashed her car while singing Stevie Wonder‘s song Signed, Sealed, Delivered I’m Yours as she filmed herself on her mobile phone.

Career as a YouTuber

Olivia Jade has millions of followers on different social media platforms. Back in 2013, Olivia created her account on an Instagram page where she keeps posting pictures of herself and her friends.

Within a year, Jade has garnered an appealing number of views and making one of the most subscribed channels. Her channel has over 1 million subscribers and has more than 169 million views.

After gaining massive numbers of subscribers, Jade also launched her second channel called ‘Olivia Jade Vlogs’ in 2015 which has over 83k subscribers and over 1.1 million views.

Some of her most viewed videos include GET READY WITH ME-SUMMER DAY OUT, PRETENDING TO BE AN INSANE HOUSE FAN+LIFE FOOTAGE, and (LUXury) WHAT I DO FOR CHRISTMAS 2016.

Also, she has collaborated with other YouTube personalities including Natasha Bure. Moreover, Jade appeared in an episode of the game show Tap that Awesome App in 2016, competing for a US $5k prize for charity.

As of 2019, Jade earns a significant amount of money from her YouTube videos. Surprisingly, Olivia has an estimated net worth of $400,000.

The amount of revenue generated from the ads that appear on the videos around $800 per day. Furthermore, Olivia earns extra wealth from commercial endorsement deals from companies such as Amazon, Sephora, Smile Direct Club, Too Fab Cosmetics.

Does Olivia Jade Have a Boyfriend?

There is no doubt that Olivia Jade is a beautiful girl with an attractive body. In fact, she has always been in the limelight with most of her fans. However, not much is known about her personal life.

Though, back in 2015, Olivia was in a relationship with Tyler Greenwald, a fellow Instagram star. Eventually, the duo broke up in early 2018. In the time being, her ex-boyfriend frequently featured on her Instagram profile as well as on YouTube videos.

Olivia Jade revealed the reason for their break up was a long-distance relationship that didn’t work out for them. She deleted all the photos of them and even removed the video titled ‘Boyfriend Tag‘ from her YouTube channel.

In addition, during her college, she had a boyfriend named Jackson Guthy. Above all, their relationship broke out due to the college admission scandal, US Magazine reported.

In the earlier, in one of her videos, she revealed that she found a boy she liked but refused to disclosed the information about the mystery boy.