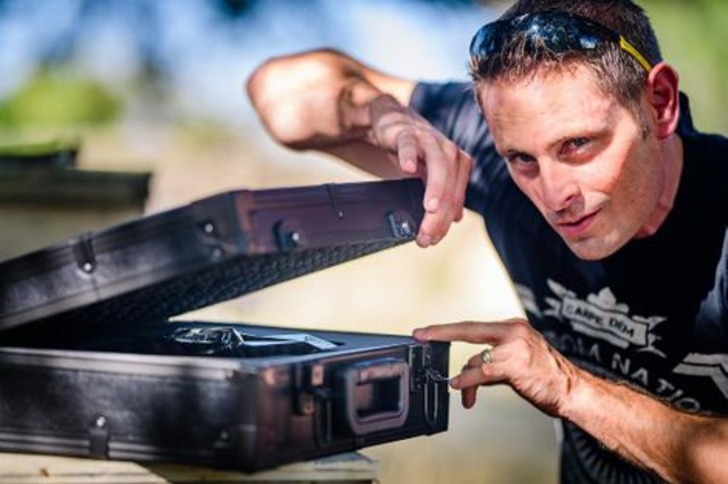 The King of Random YouTube channel’s founder Grant Thompson has passed away at the age of 38, from a paragliding accident on July 29, 2019.

Grant Thompson was best known for creating and starring in videos on his YouTube channel The King of Random (TKOR) that has garnered more than 11 million subscribers since joining the social platforms in 2010.

Here’s what you should know about Grant, including his personal life.

One of most loved YouTube content creator, Grant Thompson died on July 29, 2019, at the age of 38. Born on November 21, 1976, in Canada, Grant who had a brother, Mark Thompson belonged to white ethnicity.

Mark confirmed his death to TMZ. The founder of ‘The King of Random‘ died from the paragliding accident. He went paragliding on 29 July but never returned, Mark mentioned. Grant’s body was found by authorities on 29 July 2019.

The Washington Country Sheriff’s Office said that the missing report came on Monday of a paraglider who went off-course near Utah’s Sand Hollow State Park.

Many fans and internet personality gave tribute on his death. Also, Grant’s family uploaded a YouTube video tribute that has been viewed hundreds of thousands of times.

The King of Random shared a photo of Grant.

It is with great sadness to inform everyone that Grant Thompson passed away last night. Grant had great love and appreciation for his fans. We invite you to share your thoughts for Grant and the channel in the comments. Please do a random act of love or kindness today in honor of The King of Random. Grant’s legacy will live on in the channel and the global community he created.

R.I.P. to the legend Grant Thompson @thekingofrandom always had fun hanging out with you my man! It’s unfortunate to see you leave is so soon, my prayers go out to you and your family ❤️ pic.twitter.com/8adpqHvKGu

Who is King of Random? Grant Thompson Career

Grant Thompson is one of the famous YouTuber on social media platforms better known as The King of Random. Since 2010, he has been uploading the different contents like DIY, life hacks, debunk myths, and do fun experiments.

Grant rose to fame through the science-based videos that went viral from his channel. His channel, The King of Random,’ has over 11 million subscribers and more than 2.4 billion views.

Thompson was inspired doing video by Kiplay for Make Magazine. His channel is 321st most subscribed channel on YouTube. He had been featured in every video since starting his channel and worked along with two hosts, Calli and Nate.

Who is Grant Thompson’s Wife? Does he have any Children?

Grant Thompson left his family surrounded by sorrows. He’s gon but left sweet memories with his wife and four children. Yes, Grant Thompson was a married man and fathered four children until his time. However, the YouTuber’s wife and children’s details are still below the radar. Not even their wedding date and venue are known to the general public.

In his videos, he often said that his family is more important than his career. He had posted numerous pictures of his children and wife on social profiles.

Even though the late YouTuber didn’t mention any information regarding his children, he’d surely love to post photos of his wife and kids on his social profiles. Once, he had shared a picture of his four sons back in November 2017 on his Instagram with a caption that reads;

“Happy Halloween from me, and my 4 fun Sons!”

Net Worth and Salary | How much Grant Thompson Earned?

Aside from his videos, he had his own merchandise where he sells t-shirts, hats, and other items. Not only that, but he also made his income from other social media. He earned between $1,139.25 – $1,898.75 per Instagram post.