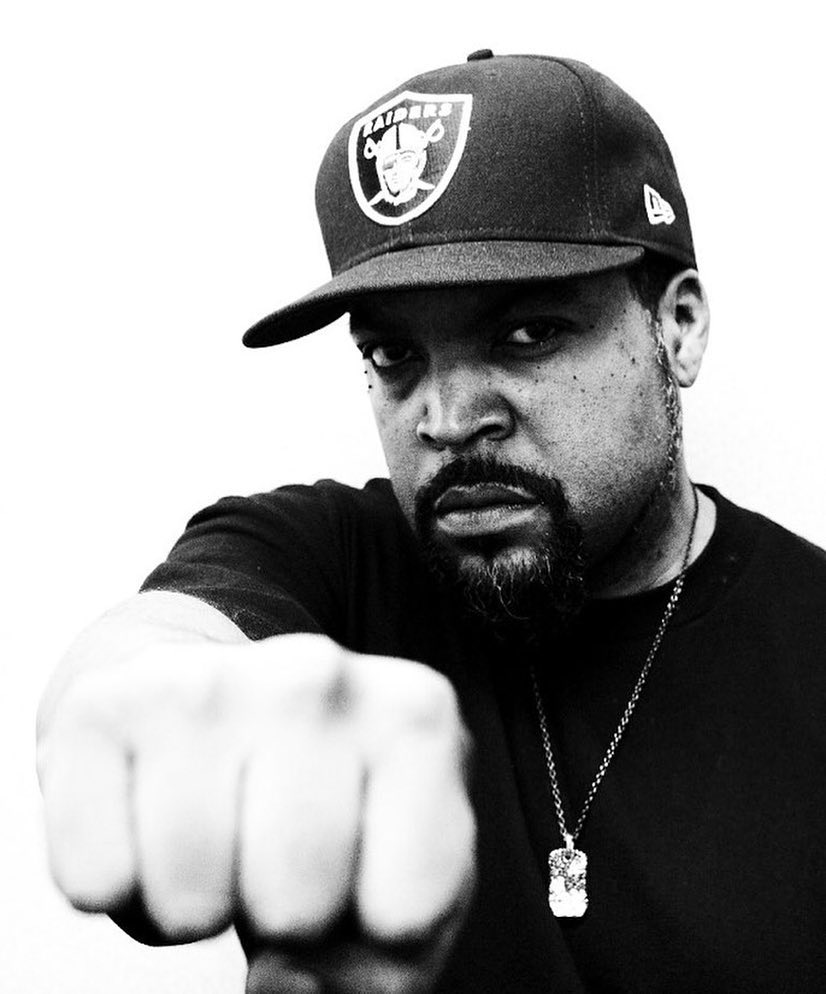 Celebrities have the responsibility of living a double life; their life on-screen and off-screen. There’s no shocker, the fact out in the open. We get to see so much of one part of their life as a whole, but not so much of the other. Do you listen to the famous American rapper and actor, Ice Cube? He is one of the founders of gangsta rap.  He has transitioned himself from rap music to one of the most influential actors in Hollywood.

Let’s take a look behind the scenes today and learn more about the family and other interesting facts of Ice Cube.

O’Shea Jackson was raised by his mother Doris who was a hospital clerk and custodian, while his father Hosea was a groundskeeper at the University of California, LA.

He has an older brother, and half-sister was killed at the age of 12.

After finishing his architectural, he formed the rap group N.W.A and started performing at parties hosted by Dr. Dre.

Ice Cube and his team released the album Straight Outta Compton in 1988, rocketed to fame. He was only paid 32,000; this led him to leave the group.

In 1989, Ice Cube released his first solo album AmeriKKKa’s Most Wanted after his spiteful split from the former group N.W.A. The album reached at number 82 on US Billboard 200 and was certified platinum by RIAA and sold over 1 million copies.

Then he released his second album Death Certificate in 1991 and certified platinum. The following year, his third album The Predator released and became the top-selling albums in the music industry.

In 1993, his fourth studio album Lethal Injection debuted at number 5 on US Billboard 200. The albums was a commercial success and featured the hit singles You Know How We Do It and Bop Gun.

After fives years, his fifth War & Peace Vol.1 also known as The War Disc released and was one of his best selling albums.

He came out with his sixth studio albums War & Peace Volume 2. Including his favorite club song, You Can Do It.

Ice Cube formed Westside connection along with Mack 10 and WC, and together the group released an album titled Bow Down. The album peaked at number two position in 1996.

Seven years later, Westside Connection released second and final studio album Terrorist Threats in 2003. It was certified Gold by RIAA and sold 679,000 copies in the USA.

Reunited with the former N.W.A.

His ninth album I Am the West and the tenth studio album Everythang’s Corrupt scheduled to be released in December 2018. He released his first single Arrest the President on November 9, 2018, from his upcoming album.

Ice Cube has worked with several other famous artists. He enjoyed his with his cooperation as a rapper and producer.

In 1987, he released a collaborative music album N.W.A and the Posse which peaked at 39 Billboard magazine’s Top R&B/Hip-Hop Albums.

Then the debut studio album Straight Outta Campton in 1988. The album ranked at number 144 in Rolling Stones magazines’ list of the 500 greatest albums of all time and fifth-highest in hip-hop album list in 2003.

Moreover, he collaborated with David Bowie and Trent Reznor for a remix of Bowie’s I’m Afraid of Americans. Ice Cube appeared in several songs such as Keep It 100, 80’s Babies, Boogie Till You Conk Out and Jack and The Bean Stalk.

Apart from his music career, Ice Cube also tried his hand in the film industry and earned an enormous amount of money through his acting career.

Throughout his career, he has played in several movies. He also produced, directed and written numerous films including Friday and its two sequels, Are We There Yet and 21 Jump Street.

He made his first debut as Doughboy in 1991 movie Boyz n the Hood alongside Ice-T and Bill Paxton. Later, he co-starred in the romantic film ‘Poetic Justice’ in 1993.

In 2015, he played in the biographical drama film, Straight Outta Campton, depicting the rise and the fall of the gangsta group N.W.A featuring Dr.Dre and Eazy-E, directed by F. Gray Gray.

The movie grossed over $200 million a production budget $50 million. N.W.A’s third studio album Compton released in the same year on Apple Tunes and iTunes, debuting at No. 2 on Billboard Charts.

The rapper generates extra wealth from many brand endorse and products which added to his net worth.

In 2011, he signed a deal with Coors Light beer, and since then he has appeared in advertisements for Coor Light. Previously, he was a spokesman for St. Ides malt liquor.

Back in 2016, Ice Cube complained about being featured in Donald Trump’s fake advertisement. He took to Twitter to expressed his frustration over the ad which shows him wearing a Trump shirt with the message, ‘Rapper-Actor Ice Cubes Endorses Trump.’

I will never endorse a mothafucka like Donald Trump! EVER!!!

“Stealing endorsement is not how you become the president of the United States, homie. Leave my name out ya mouth…”

Stealing endorsement is not how you become the president of the United States, homie. Leave my name out ya mouth… pic.twitter.com/Mo18hYcW8h

On 11 January 2017, Cube announced BIG3, a 3-on-3 concept of a professional basketball league, made up of former NBA players. The first season began in June, featuring eight teams with an 8-week schedule, a playoff system, and a championship game.

O’Shea Jackson has licensed a clothing line, Solo by Cube where you can get his signature apparel like a sweatshirt, hood, hat, t-shirts, cassettes, headphones and many more.

Back up for 2 days only! In honor of @RobinRobertsGMA dropping a #ByeFelicia on @goodmorningamerica we're re-launching the tee for a limited time. Last chance to purchase: Represent.com/IceCube

After making his name as a rapper and shift into an acting career and other business ventures, he has owned several properties across the United States.

Off the main living areas are terraces that overlook the water and extend the space outdoors for alfresco entertaining.

You can see the beautiful mansion glow in its glory as a reflection in the canal at night.

Jackson has valuable cars collection. He owns V8 Vantage Roadster which manufactured by Aston Martin that worth $140 million and Navigator Ultimate cost around $70,000 million.

Ice Cube and his wife, Kimberly Woodruff who is the perfect example of a couple goals. 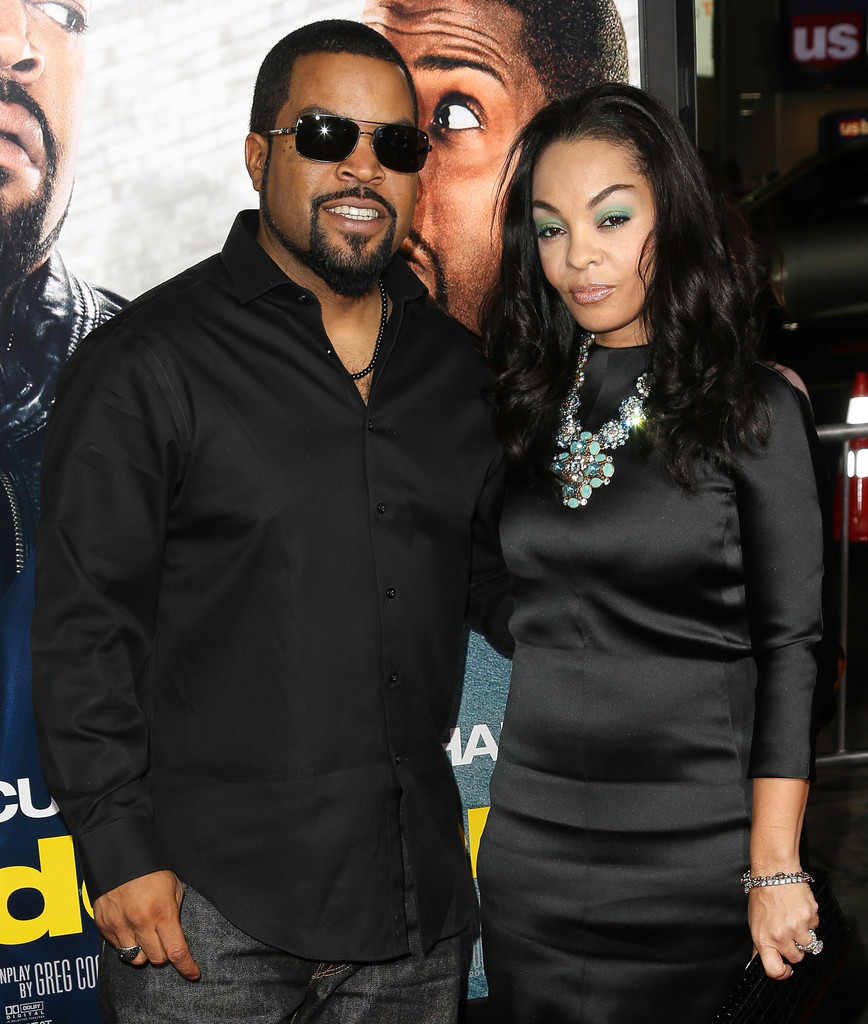 Cube and Kimberly have been married since 1992 and recently had celebrated their 28th anniversary. During an interview with PEOPLE, Cube said that he has been with his wife since 1989.

“We have been together since 89. So to us, we’re almost celebrating our 28th together. But as far as a married couple, ’92, November 28th. It feels great. I’m glad she’s stuck with me all of this time and not kicked me to the curb.”

Once in an interview, O’Shea Jackson said,

“ I still get the butterflies when i see her. it’s a true partnership.”

“I respect my wife, and she respects me. ”

Jackson is the father of five children. He has three sons and two daughters. His wife Kimberly Woodruff gave birth to their first child, a baby boy, O’Shea Jackson Jr. on February 24, 199, the couple were not married back then.

His eldest son is a rapper and actor, also known by his stage name, OMG. Furthermore, their second son, Darrell Jackson was born on December 29, 1992. Much like his brother and father, Darrell is pursuing a career in the music industry.

How Much Does Ice Cube Earn?

Ice Cube is famous for its music. Ice Cube is one of the Top ten wealthiest rappers in the world. He earns a hefty amount of money through his music sales and other ventures.

Ice Cube real name is O’Shea Jackson. He is the member of gangsta rap N.W.A.

His has a half-sister who was killed when he was 12 years old.

Jackson studied William Howard Taft High School in Woodland Hills, California. He enrolled at the Phoenix Institute of Technology in the fall of 1987, Arizona where he studied architecture drafting.