Tessa Brooks: Break up with Sutton, Career and Age 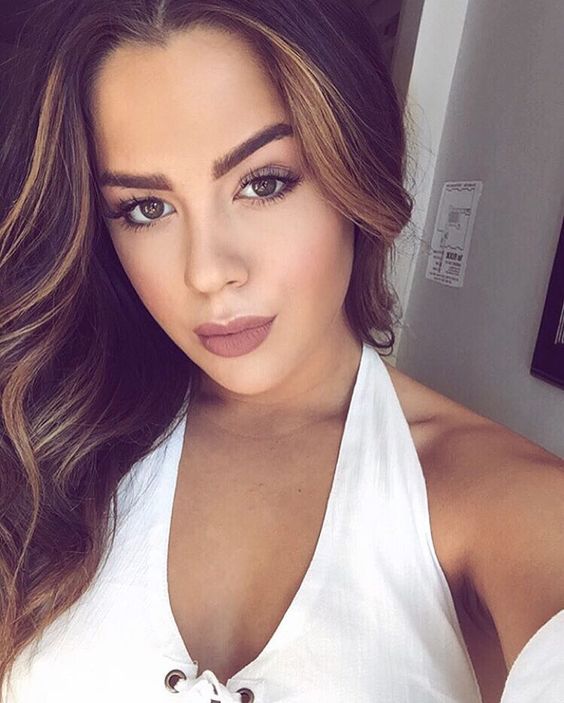 19 years old, Multifaceted dancer, model, and actress, Tessa Brooks amassed over 3.4 millions subscribers on her self-titled YouTube Channel. Tessa has performed in various events and concert. In 2017, Chessa broke up their relationship after a few days she pranked on Sutton’s brothers.

Tessa Brooks was born on 5 April 119 in California, USA. Her nationality is American. Tessa is from a family of dancers. She grew up and raised in her birthplace. Tessa started dancing from an early age. She has two sisters who are also dancers and a step-sister from her father. Tessa loves to swim, act, play with her dogs and friends. Her zodiac sign is Aries.

Information about her parents, childhood history, and educational background is not provided in any sites.

Tessa Brooks began her career as a dancer. She started practicing dance at the age of 2. As she grew up, she started training dance in various style and performed at different shows and gigs until a producer noticed her. She signed with “Disney’s Next Big Thing.”

Besides a dancer, she also a skillful gymnast and performed as a cheerleader. She also appears in various commercial like Aquestria Girls, Just Dance 4 and Skechers. Tessa featured as a dancer in YouTube movie, Dance Camp. She also collaborated with others artist like T-Pain, X-Factor’s ‘Diamond White,’ Disney’s ‘Miss Coco Jones.’

Tessa performed in many events and concerts. She has performed some significant events like “Miss Californa Pageant,” “Disney’s Next Big Thing,” and “the Haiti Benefit Concert”; she also a member of dance groups like ‘imaBEAST’ and ‘Team10.’

In 2011, she made an account on YouTube named Tessa Brooks and more than 3.4 million subscribers and 311 million views on her channel. Tessa is a part of Team10 and performed with her team at Micheal Jackson Tribute show incarnation Theatre.

Despite dancer, she has also done modeling for a famous brand such as Skechers, Contours Designs, and Coca-Cola.

Tessa is a professional dancer and a motivational public figure. Tessa once said that her one goal in life will always be to inspire and help people, and to make a difference!

19 years old, Tessa has been in a relationship with YouTube star Chance Sutton in 2017. The couple is a member of Team10. Tessa and Chance also were known as “Chessa.” YouTube star Tessa and Chance know each from when they became a part of Team. The couple soon became a best friend. Later, they started to date each other and involved in a relationship. Tessa and Chance first performed with their crew on their song “It’s Everyday Bro.” On the stage, the couple spotted dancing together, and Sutton even gave a kiss on her cheek.

The couple got married in Las Vegas. Before Sutton, she was in a relationship with her ex-boyfriend and Erika’s husband, Jake Paul. The couple dated for a short period and split up in 2017. After break up with Jake, she dated Sutton.

Tessa Brooks and her ex-boyfriend married at the same place.

Tessa uploaded a video on her channel titled “Chance Move In With Me.”

Chessa love is over. The couple announced their break up through social accounts and also Tessa has uploaded an emotional video on Friday, announcing that they had broken up. After a few days, her pranks on Sutton’s brothers, the couple disclosed that the couple is no more together.

In below she explained why Chessa broke up their relationship

Tessa earned most of her wealth from the YouTube channel. YouTuber get paid between $2-$5 per 100 monetized views after YouTube tales cut in it. She gets an average of 150,000 views. As a result, her estimated revenue of around $270 per day.

Apart from her YouTube videos, she earned an additional fortune from her merchandise where she sells online clothes and various accessories. She also made money from her modeling. Tessa has her own clothing websites”Fanjoy.”