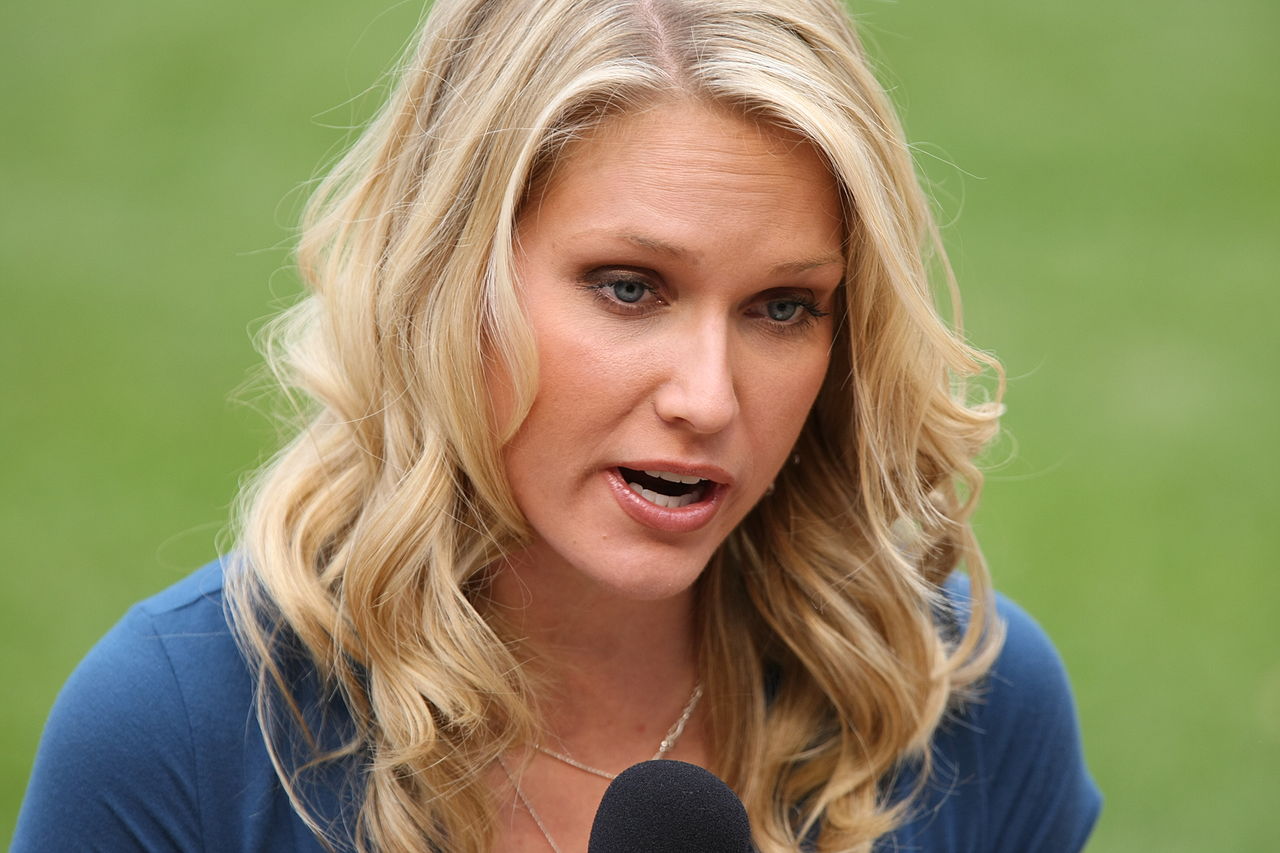 The sector of journalism is a sector with many ups and downs and with different personalities spreading their magic out of their presence and riddle. That’s why journalism is one of the most efficient and widely circulating in the television industry. Heidi Watney is undoubtedly a super sensation in this field and also is known as the Ultimate Red Sox host

as well as the super sensation in the ESPN, MLB

, NESN and other media.

Watney was also the Runner-up of 2002 Miss California pageant. She has done a lot of hard work in her life and has a good name with her obedient nature.

Heidi Watney was born on 19th May 1981 in Fresno, California, USA, to Paula Watney and Mike Watney. Mike Watney was in the US Army and later coached the Fresno State men’s golf team for 35 years before retiring after the 2013 season.

Heidi has three siblings, a brother named Josh and two sisters. Her brother Josh Watney followed in the footsteps of their father playing golf in college. He is now the Vice President at Relation Insurance Services, according to his LinkedIn profile.

Heidi Watney joined Clovis West High School located in Fresno, California, for high school study. During her high school, she had a keen a interest in sports and music.

She was involved in hurdles, gymnastics, diving, and cheer-leading on her high school days. After high school, Watney applied for a National Merit scholarship program for the University of San Diego, and she achieved it.

Heidi graduated from there with a B.A. degree in 2003, in journalism. Besides, she had competed in the 2002 Miss California pageant, where she became the first runner-up.

Heidi Watney was an athlete during her high school days. Then, she tried her luck in modeling. Later, she decided to take up the career of reporting and broadcasting because of her good looks, interest in sports and journalism degree.

She has been in a broadcasting career for a long time and had worked for different media companies. Heidi’s first job was with the local radio station, KFIg-AM radio in Fresno.

Then she became a sports reporter and assistant producer for KUSI News in San Diego, California.

Later, when she became professional in her career, she joined ESPN Radio 1430 KFIG as a sports talk radio host and worked for KMPH – TV as its weekend sports anchor.

Then in 2008, she joined New England Sports Network (NESN) in Boston. She worked as an on-field reporter and the host of ‘The Red Sox Report’ and also worked as a host of ‘The Ultimate Red Sox Show’ there in NESN.

‘The Ultimate Red Sox Show’ became very popular letting her be famous around sports fans. She continued this job till 2011.

Afterward, Heidi worked for the ‘Time Warner Cable SportsNet’ for a short period. Finally, she joined MLB Network in September 2012. She is currently working there as a studio host for MLB reporting across every studio programs.

Whereas, on-season, she anchors “Quick Pitch” and “Nightly Highlights.” She also contributes to weekday morning show “Hot Stove” too.

This had been going on for a few months before they split. In 2008, Heidi had a relationship with former Red Sox baseball catcher, Jason Varitek.

Jason played for the team from 1997 till his retirement in 2011. The two had met at Fenway Park, and started liking each other and then fell in love. There were reports of intimate conversations between the couple at a Baltimore Bar in 2008.

The duo coming together was very exciting as Jason had just separated from his 10-year-old wife, Karen. That relationship, however, was short-lived and broke up the same year. Later, Jason was married in 2011 to Catherine Panagiotopoulos.

Her Marriage Status And Husband

Born on January 20th, Wickham is a well – known figure in MLB who has served for a long time as a baseball executive.

The couple vacated to Nevis Island in the Caribbean for their honeymoon before spending on another trip to Bora Bora.

As for now, Heidi is earning a pretty good amount of salary and income from her broadcasting job. According to some online sources, her salary is around $10, 000 per month and has earned 250 thousand dollars after joining MLB Network.

Therefore, she has gathered some net worth which is currently estimated at $3 million to $5 million.

Heidi Watney has got one of the most beautiful bodies in the television world. She is very hot and in addition to this, Heidi was also voted as the sexiest women in the job of sports. The divine body that she possesses measures 32-24-36. The blonde hair and blue eyes make her look more heavenly.