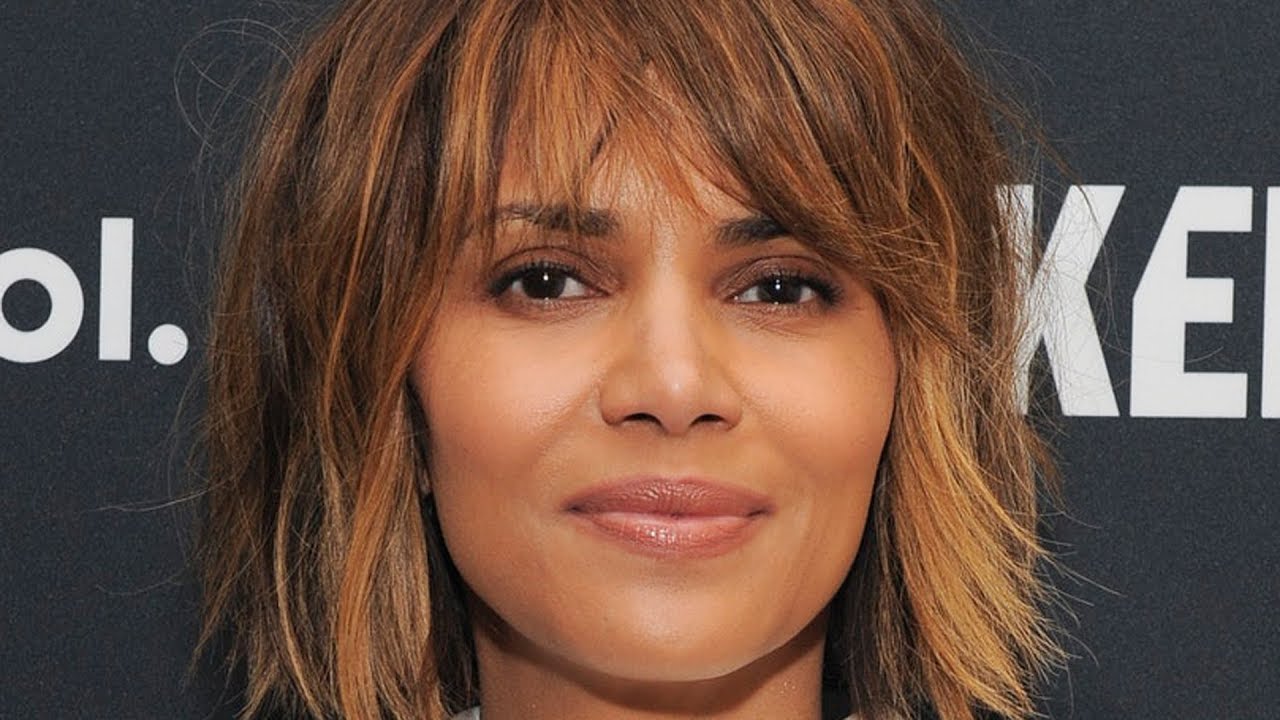 Halle Berry’s story is a typical rag to a rich story, Halle has worked along the way from humble beginnings to the Zenith of her career winning plaudits and A – list awards. If you have watched the Hollywood blockbuster movie X-Men, then you must have noticed Halle Berry. Halle is one of the topped and highest paid actresses of Hollywood. Halle Berry married thrice in her life and is of the mother of two children.

You might be thinking, how much money she earns from her profession. Let’s find out more about her family, lifestyle, properties and many more.

Halle Berry was born as Halle Maria Berry on August 14, 1966, in Cleveland, Ohio to Jerome and Judith Berry. She has an elder sister, Heidi.

Halle’s father abandoned them when he was young. After that, she moved with her mother and sister to White Cleveland Suburb of Bedford. During her growing age, she had to face a lot of racism.

Halle attended Bedford High School where she was a cheerleader, class president, editor of the school newspaper and prom queen.

Then she enrolled in Cuyahoga Community College where she studied broadcast journalism. Later, she left her education to pursue her career in acting.

In the 1980s, she participated in a different beauty pageant. Later, in 1985, Berry won the titled of Miss Teen All America and in 1986, Miss Teen Ohio.

. Then, she moved to Los Angeles after the cancellation of Living Dolls.

’ as a drug-addicted girlfriend, Vivan in 1991 and the same year, she co-starred in Strictly Business.

Halle played a significant role in 1993 in the television series, Alex Haley’s Queen

, and she played the role of Khaila Richards in the movie ‘Losing Isaias’ in 1995.

In the yeard of 1996, Berry appeared in two thrillers movies; The Rich Man’s Wife

In 1998, she played in the biographical movie Why Do Fools Fall in Love

Moreover, she has played in several movies and television series like BAPS

, Their Eyes Were watching God

In 2000 superhero movie X-Men, Halley played the mutant Strom who can manipulate the weather. The movie received positive reviews from critics. The film grossed over $296,3 million.

In 2001, she co-starred with John Travolta in the action movie Swordfish

which featured her first topless scene, for that she got 500,000 USD. In that year, Berry appeared as Leticia Musgrove in the film Monster’s Ball.

Halle Berry appeared as Jinx Johnson, as NSA agent in the hit Jame Bond spy adventure Die Another Day. Then she starred in the TV adaption of DC Comics’ Catwoman

in which she played the lead role.

: The Golden Circle and Kings

Halle Berry has endorsed different brand and products. Currently, she is a global brand ambassador of the Revlon. She signed a deal with Revlon in 1996 and has been working for the company for 20 years.

Halle has modeled for the fashion magazine ‘Versace

With such a massive net worth, Berry owns several properties across the United States and exclusive cars as well.

Halle bought the Mediterranean-style home in Beverly Hills for $2.275 million back in 2001; and sold the house for $5 million, the house has two bedrooms and two bathrooms. The Hollywood style home covers 1.3 acres.

The Cat Woman-owned Malibu Beach Mansion for $8 million in 2014.  The beautiful dream house located in Malibu with incredible views of the ocean.

Halle’s Hollywood Hills home is on the market for $3.8 million. She purchased the house back in 1994 while she was married to her first husband, David Justice.

An Italian-style home once covers 4,300-square-foot with an open floor plan and generously high ceilings in rooms lined with tasteful art and ocean views.

The home features three bedrooms, four bathrooms, and a gourmet kitchen. A sweeping staircase winds up to the master suite, where Berry enjoyed a fireplace, vaulted ceiling and a balcony with views of the Pacific Ocean.

Berry has quite large expensive cars collection. She owns luxurious cars like Mini Cooper, Alfa Romeo, Lexus, and BMW. She bought Maybach which is worth $200,000. Halle has been spotted driving Lexus RX350 which has a price tag of $40,970.

The actress, Halle Berry has married three guys in her life and had many affairs in her past. Halle Berry and Oliver Martinez announced that they were expecting their first child in April 2013, and the duo got married in the private ceremony in July 2013, in France. 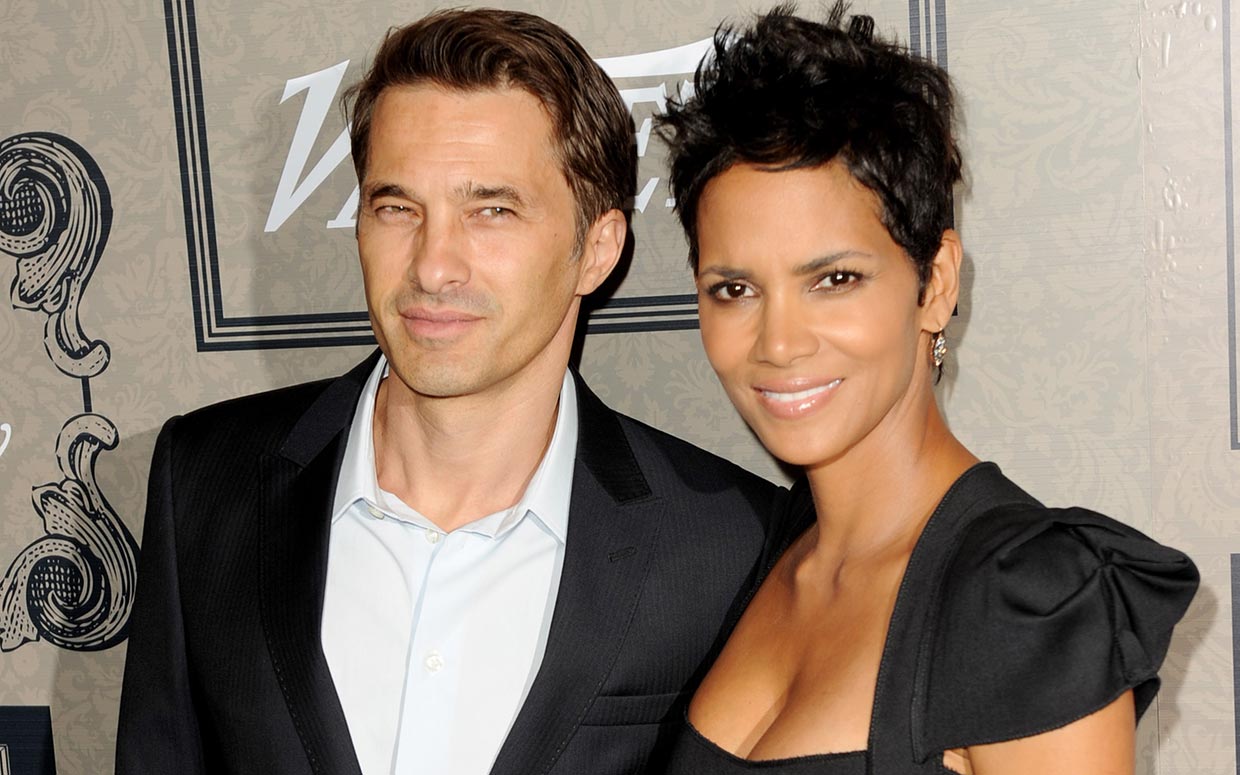 The Couple met on the set of action thriller movie Darkside and then began dating the French actor in 2010 and got engaged in 2012.

Unlike other celebrities, the couple marriage did not long last, and they announced their divorce in 2015. The couple officially separated in 2016.

Halle and David met in February 1992. According to Halle, he ex-husband, David was a fan, and she gave her phone number to him. After that, they began dating. Berry publicly announced their separation in February 1996.

Then she remarried to a singer and actor, Eric Benet in January 2001 but in early October 2003 they had split up. However, the divorce became finalized on 3rd January 2005.

However, in November 2005, she started dating French-Canadian model, Gabriel Aubry with whom she shares a daughter. After five years, Halle and Gabriel announced that they had separated.

After their separation, Berry and Aubry became involved in a highly publicized custody battle of their daughter.

Hally Berry has two children from her previous relationship. Additionally, she has an eleven years old daughter, as of 2019,  Nahla Ariela Aubry, born in March 2008 from her ex-boyfriend, Gabriel Aubry.

Additionally, Halle has a son named Maceo Robert Martinez from her third husband, Olivier Martinez, born on 5 October 2013. The former couple celebrated the 5th birthday of Maceo at The Coop in Los Angeles.

Berry and Martinez both organized a Halloween-themed party with a petting zoo from Reptacuar Animals, activities from Mini & Me Crafts and cupcakes by Blue Cupcake.

Also, Halle shared many fun photos of the birthday celebration on her Instagram page.

Halle Berry is 5 inches high and weighs about 55 kg. She has a pair of gorgeous black eyes and beautiful black hair, 36 – 26 – 37 inches of her body measurement. Furthermore, her dress size is 6 US and shoe size is 7 US.

Halle Berry is one of top 10 highest paid actress in Hollywood. Furthermore, she is an actress and a former model, by profession.

Annually, Berry earns the salary of $16 million. However, her monthly income is not revealed to the public.