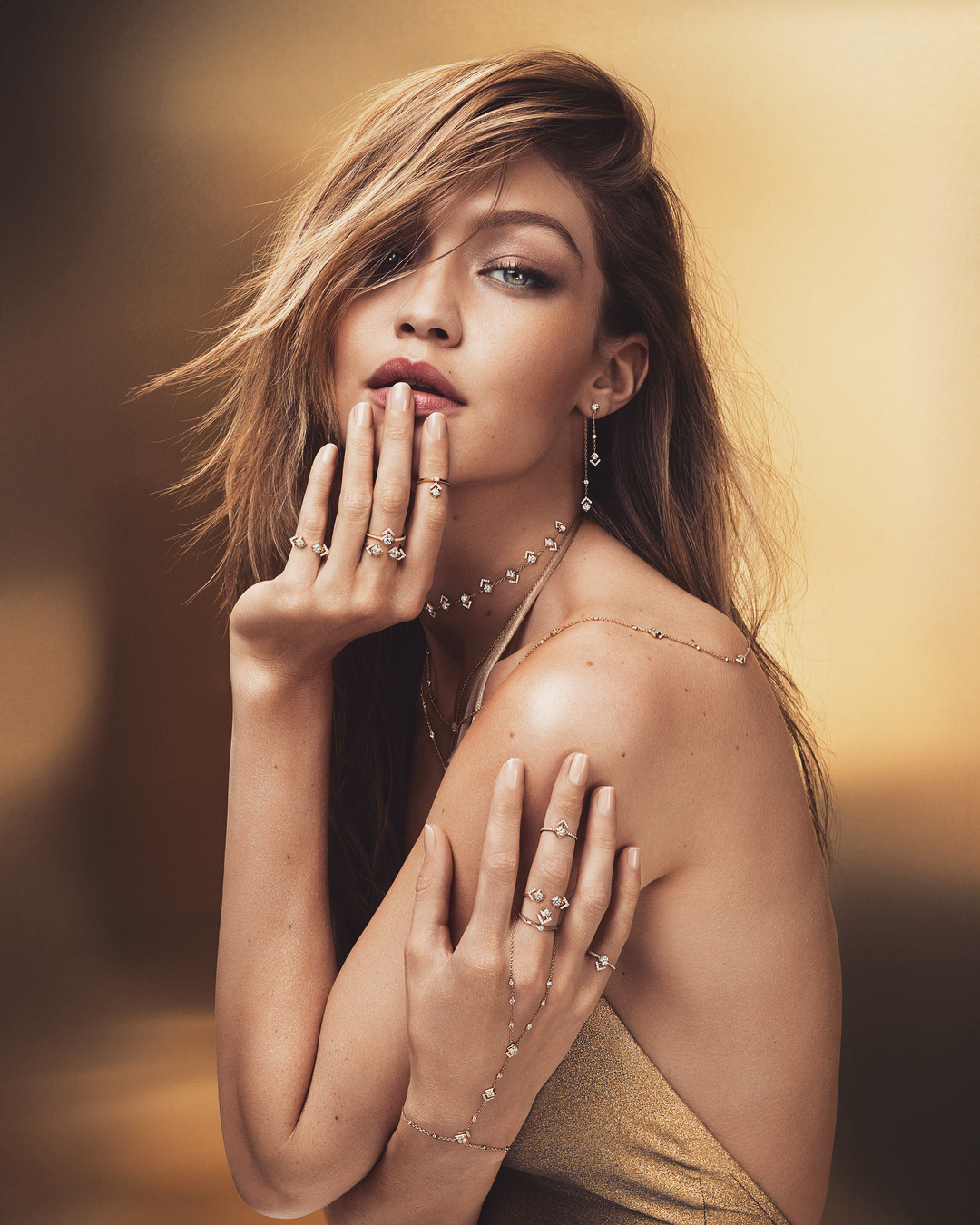 The day we look at a string of impossibly beautiful creatures stalking a runway of Victoria’s Secret Fashion Show and think to ourselves that is the most beautiful lingerie I have ever seen.

Let’s talk one of the highest paid models, Gigi Hadid. She is an American supermodel who has walked for the biggest fashion designer in the industry and has appeared on the covers of Teen Vogue, Harper’s Bazaar, Elle, Vogue, and Glamour.

Let’s have a close look at Gigi’s relationship with Zayn Malik, net worth, profession, social work, and diseases.

Gigi Hadid and Zyan Malik relationship are like… The two lovebirds can’t stay away from each other for a long time. Gigi and Zyan have been together since 2015 but in March 2018, the two broke for the first time, announced via social media.

“Gigi and I had an incredibly meaningful, loving and fun relationship and I have a huge amount of respect and adoration for Gigi as a woman and a friend. She has such an incredible soul. I’m grateful to all of our fans for respecting this difficult decision and our privacy at this time.”

However, the broke up did not last and after two months they spotted kissing. In June 2018, Hadid confirmed their reconciled relationship on social media.

Hadid posted a photo of them cuddling up with a sweet caption,

“Flyin home to my happy place.”

She leaves a message for fans that how happy they are after getting back together in Jue of this year.

Gigi began dating the Ameican singer, Zayn Malik in November 2015, here is what’s happened during their relationship so far. In early 2016, Gigi and Zayn both announced that they are dating, claiming they are ‘good friends’, later she appeared in Zayn’s music video for “Pilliotalk.”

In August 2017, Gigi Hadid and Zayn Malik appeared together on the cover of Vogue. They photoshoot for Vogue in Naples and also attended the Met Gala but rumored soon surface that the couple might have split.

In June 2016, in an interview with Ellen DeGeneres, she shut down the breakup rumor. In August 2018, Gigi celebrated Eid with her love, Zayn Malik and with his family.

Malik’s sister, Waliyah Azad shared a photo of Gigi and Zayn on her Instagram with a caption, “@zayn and @gigihadidlooking stunning as always on Eid today????????????”

Also, she spent quality time with her boyfriend’s mother and sister. This is the second time, she celebrated the occasion with Zayn’s family. Her boyfriend, Malik comes from a Muslim background while Hadid’s father, Mohamed is of Muslim origin and lived in Syria and Tunisia as well as the USA.

Recently, Hadid’s boyfriend, Zayn dropped out his latest album “Icarus Fall” on December 14, 2018. One song is especially dedicated to his model girlfriend, “Back to Life.”

Gigi is so lucky that Zayn is with her. Fans think only Gigi could be the inspiration for such beautiful lyrics. One of Twitter user wrote, “Back to life is about Gigi and no one can convince me otherwise.”

Gigi Hadid is one of the top fashion models of the modeling industry.  She began her career with a popular American brand, Guess Clothing and resumed working with them in 2011.

In the year 2013, she was signed to IMG Model and in 2014, Gigi made her first debut in Desigual’s runway in New York Fashion Week but she gave all the credits to French fashion editor Carine Roitfeld for her big break in the fashion world when she appeared on the cover of her Spring 2014 CR Fashion Book for Spring.

In mid-2104, she appeared along with Patrick Schwarzenegger in Tom Ford’s Eyewear autumn/winter campaign. In January 2015, Hadid became the brand ambassador of Maybelline.

At the end of 2015, Gigi Hadid made her first appearance on the runway for Victoria’s Secret’s famed fashion show but she failed to impress in the audition. She previously told Vogue that after the first rejection, she felt too nervous and hadn’t enough confidence.

The following year, she made her second appearance on the Victoria’s Secret Fashion Show, earning her wings for the first time. In the same year, Tommy Hilfiger announced her as global brand ambassador. Later she co-designed a capsule collection with Tommy Hilfiger for New York Fashion Week.

Then she went on to debut a boot collection with Stuart Weitzman and also became the brand ambassador of Reebok.

In 2017, she and Tommy ready-to-wear collection was presented in February for Spring Season and later she photographed a special summer edition of V Magazine titled “Gigi’s Journal.”

In 2018, she presented the last season of her capsule collection with Tommy Hilfiger in Milan. In addition, she appeared on various international Vogue covers in 2018. She also scored in multiple American covers such as W Magazine, V Magazine Fall Preview Cover V114 and many more.

In November 2018, she announced her first collaboration with Reebok designing sneakers for the brand, starting with a limited release on December 7th and the full collection to be released later in February 2019.

In May 2018, Gigi announced that she will be working with Unicef to help children around the world. The international supermodel, Gigi Hadid travel with Unicef USA to Bangladesh to promote the rights and well being of every child.

During her visit, Hadid saw the first effect of Unicef programming including education, health support and more. The trip fell on the eve of the one-year anniversary of the Rohingya refugee crisis which started on 25 August 2017.

In July 2018, the half-Palestinian supermodel met with UNICEF USA chief executive officer Caryl Stern and thanked the non-profit boss for her time. She wrote on her Twitter account:

“I am grateful and excited for the opportunity to better the lives of children all over the world. “

Big thanks to @UNICEFUSA CEO @CarylStern for your time this morning. I am grateful and excited for the opportunity to better the lives of children all over the world! Very much looking forward to learning and working with @UNICEF ?? pic.twitter.com/cnepPXOJvb

Besides her modeling, Gigi Hadid is actress and TV personality. She made her first appearance in the short film, “Virgin Eyes” as Andrea in 2012. Later she appeared in the reality television series “The Real Housewives of Beverly Hills” from 2012 to 2016.

One of the most significant works is her appearances on Zayn Malik’s popular music video “Pillowtalk” which released in 2016. In the music video, Hadid appears swinging around Zayn, later both making out and crying black tears.

Jelena Noura “Gigi” Hadid was born on 23rd April 1995 to Mohamed and Yolanda Hadid in Los Angeles, United States. Her father is a real estate developer and mother was a former model.

Her parents divorced in 2000. Afterward, her mother got married to David Foster, a Canadian musician, songwriter and record producer. She has five stepsisters from her step-father.

Hadid has a younger sister, Bella and a younger brother Anwar and they both are models.

She graduated from Malibu High School, California in 2013. During her school days, Gigi was quite active on sports and played volleyball as well as participated in horse riding. After graduation, she moved to New York City to pursue her career in modeling.

Gigi’s birthday party was held at the Brooklyn Heights Social Club at 1 Hotel Brooklyn Bridge and the theme was gold. On that night, Cara Delevingne was also there.

The supermodel has a slim and attractive body and every female has dreamed of a perfect body and beautiful face as Hadid. But you are unaware of one thing of Gigi which would shock you.

Hadid has revealed, she suffered from Hashimoto disease, an autoimmune thyroid disorder. After being called her ‘Too Thin’, Hadid opened up about her autoimmune disease.

For those of you so determined to come up w why my body has changed over the years, you may not know that when I started @ 17 I was not yet diagnosed w/Hashimoto’s disease; those of u who called me “too big for the industry” were seeing inflammation & water retention due to that.

The model disclosed that she’s been medicated to treat her symptoms and also took part in “a holistic medical trial” which helped balanced her thyroid levels.

At the time, she took IG to addressed to negative comments,

“I will not further explain the way my body looks, just as anyone, with a body type that doesn’t suit your ‘beauty’ expectation, shouldn’t have to.”

Standing at a height 5 feet 10 inches and boasting over 45 million fan followers on her Instagram. Gigi Hadid has won heart of million people across the world.

On her IG, you can see her stunning pictures and videos. In addition, she uploaded photos of her friends, family and her love, Zayn Malik.