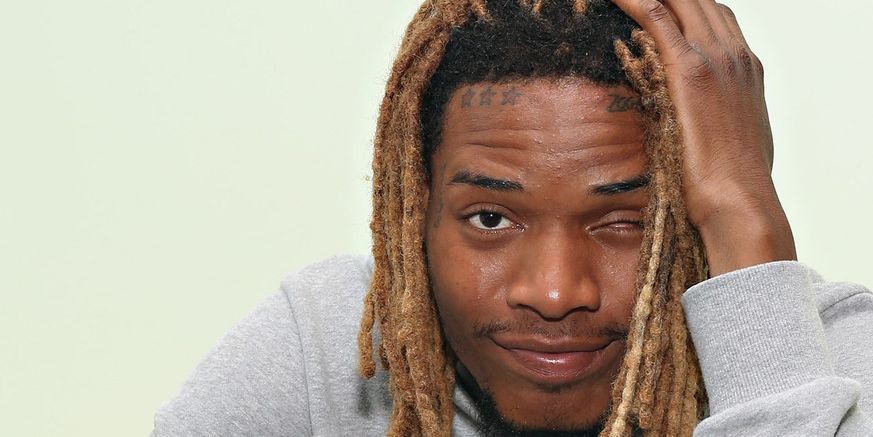 ,’ Fetty Wap’s song went on to be played millions of times on the music

.’ He was passionate about rapping and singing from a very young age. His single

and earned him more than a dozen nominations, including the prestigious ‘Grammy

Fetty Wap AKA Willie Maxwell II is an American rapper, singer, and songwriter best known for his single “Trap Queen,” which appeared at the number two on the US Billboard Hot 2015 whose success helped him to deal with 300 entertainments.

Furthermore, he became able to establish himself as an excellent rapper and able to gain more fame and popularity.

Talking about his education background, he went to Eastside High School. But he was suspended from his school by his principal.

Fetty was born with glaucoma in both of his eyes. Glaucoma is an eye disease which damages the optic nerve and results in vision damage. Fetty Wap revealed this in an interview in 2015.

Also, he said that his doctors told him he would be unable to save his left eye and so that his left eye was replaced with an artificial one.

Fetty Wap got interested in music from 2013 and decided to start as a rapper. But he went towards singing too.

So Fetty Wap gradually started his career as finally made his commercial debut with a single, Trap Queen in early 2014 but the song didn’t get any recognition until mid-November 2014.

And since then, the song has been played over 130 million times on SoundCloud and has become the platinum record.

Followed by the late success of his debut, he signed a recording contract with 300 Entertainment, founded by Lyor Cohen, Kevin Liles, Roger Gold, and Todd Moscowitz. He also signed a distribution deal with Atlantic Records.

. Its video was premiered on YouTube in May. The song later reached at number four in the Hot 100 top 10 peaking.

Fett Wap’s next single was My May was a success and got at second top 10 entry on Billboard Hot 100. My May was remixed by Drake later and played on the radio.

Then from July 26, 2015, to August 1, 2015, Fetty Wap matches the Billboard marks by the significant artists Eminem

. Fetty Wap became the first male rapper to occupy the top 20 spots with three songs in the Billboard Hot 100.

He did it since Eminem did in 2013. Also, Fetty became the first male rapper in four years to have concurrent singles reach the top 10 of the same chart since Lil Wayne made it in 2011.

Fetty Wap’s fourth single, Again helped him be the first in the Hot Rap Songs chart’s 26-years history to chart in the top 10 with four entries.

Fetty Wap made a debut album, Fetty Wap and released on September 25, 2015. It made debut at number one on the US Billboard 200. He also released mixtapes, Coke Zoo and Zoo 16.

Fetty released his next single on February 5, 2016, titled Jimmy Choo

, Way You Are featuring Monty

He was also featured on the Fifth Harmony

single, All in My Head

His next mixtape was Zoovier

, which comprised of 19 track and was released on November 21, 2016. Fetty Wap also published extended play on January 19, 2018, titled For My Fans III: The Final Chapter. Bruce Wayne

Fetty was nominated for six times for his debut single, Trap Queen

and won two of them, Most-Played Video of the Year in MC100

Award and Artist To Watch in MTV

It is hard to believe that Fetty Wap is the father of seven. Seeing his age, it is quite unbelievable, but it is true. Talking about his kids, first born child is Aydin Zoovier in 2011 with Ariel Resse.

Ariel was Fetty’s childhood girlfriend. Furthermore, his other kids are Eliza ZaZa Zaviera, born in 2015, with Lehzae Zeona, Amani with Elaynna Parker in 2016, Khari with Masika Kalysha in 2016, Lauren with Turquoise Miami in 2016 and Aliya in 2018 with his ex, Alexis Skyy.

Fetty has seven kids with six women, but he is married to neither of them. Furthermore, there is a rumor that he his secretly married to Alexis Skyy.

However, Fetty Wap’s net worth is $4 million.

His next single 679 was downloaded over 86,000 times online at the first week of its release and has been streamed over 3.4 million times it has sold over 1800,0000 copies. Moreover, his debut album, Fetty Wap sold over 129,000 units in the first week

Also, his other singles, collaborations, mixtape, the extended play earned him millions to him. His featured songs were hit too. Apart from his music career, Fetty Wap has also received a good amount from the stock market.

Fetty had invested $1.3 million and now due to the increase of the company’s share, its worth his approximately $20 million.

Fetty Wap has the height of 6 feet 1 inch. His body weighs 77kg. He has black hair and dark brown eyes. Furthermore, his ethnicity belongs as an African American in his nationality.

Fetty Wap bought his mom a house when he was only 23 years. Furthermore, he loves his mother and wanted something for her. Although the cost of the house is not disclosed, it is indeed worth thousands of dollars.

Also, he lives in a rented mansion which cost is $2.1 million. Besides, he wants to have all the luxury and comfort that why he choose this lavish mansion.

Furthermore, Wap loves cars, and you will be jealous after going through his car collections. Check out the list: 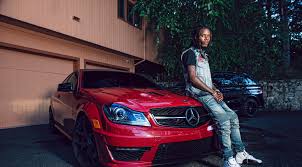 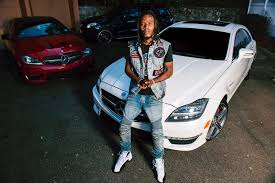 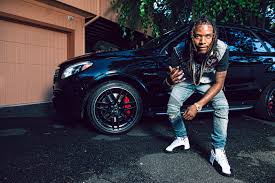 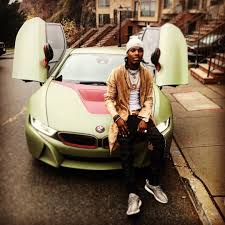