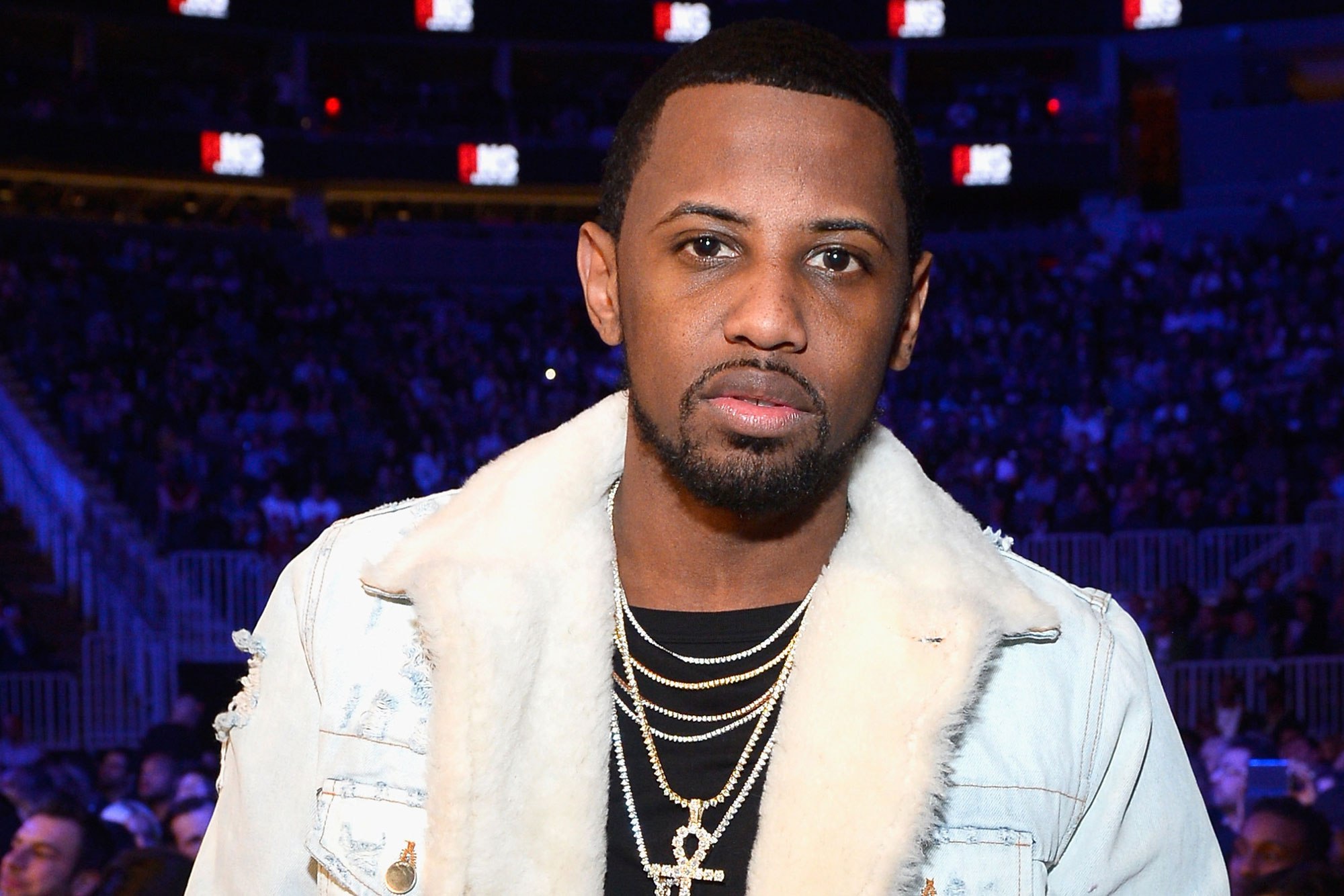 Not just one of those ‘bling bling

with nothing but fame, Fabolous proves that one needs to have a piece of solid physical evidence that shows he’s worth

it. Furthermore, Fabolous is an American rapper, record producer

. He debuted on the professional rap scene in 2001 and had since remained active. Additionally, like other rappers, he supports his primary income

with proceeds from his fashion line and endorsement deals.

John David Jackson was born on November 18, 1977, in New York City. He is of Dominican and African-American descent. He grew up in Breevort houses in the Bedford-Stuyvesant.

While he was studying in high school, he began his career in hip-hop music. American producer, DJ Clue invited him on a music show, and later he performed on the New York radio station ‘Hot97

,’ and eventually, he was signed by DJ Cue for his record label, Desert Storm Records. Following year, he was featured in several mixtapes.

Fabolous released his first debut album ‘Ghetto Fabolous’ in September 2011 which debuted at number 4 on The Billboard 200 and sold over 140,000 copies in its first week. As of 2003, the album sold over 1.05 million copies and was certified platinum by RIAA.

The album features singles, ‘Can’t Deny It,’ and Trade It All. He released his second studio album ‘Street Dreams’ in 2003 by Elektra. It peaked at three on the Billboard 200 with 185,000 copies sold in its first week.

Furthermore, the album received moderately from a critical standpoint and was a minor commercial success. The album has a total of 4 tracks.

The album sold 159,000 copies in its first week and 542,000 copies worldwide, also certified Gold By RIAA. He made several collaborative albums with famous artists such as Young Jeezy, Lil Wayne, and T-Pain.

His 2009 album ‘Loso’s Way’ debuted at number 1 on both charts, Billboard 200 and R&B/Hip-Hop Albums. He received a BET Hip Hop Award for “Throw It In The Bag” with The-Dream.

He and Jadakiss released a collaborative mixtape titled ‘Freddy vs. Jason’ in February 2016. The mixtape debuted at number 10 on Billboard 200 and sold 33,000 units in the US.

Also, he collaborated with several artists such as Future, Swizz Beatz and French Montana.

Fabolous has also appeared on several R&B singles, including “Superwoman Pt. II” by Lil’ Mo, “Dip It Low” by Christina Milian, “Shawty Is a 10” by The-Dream, “Addiction” by Ryan Leslie, “I Can’t Hear the Music” by Brutha, “She Got Her Own” by Jamie Foxx, “Say Aah” by Trey Songz, and much more.

In 2011, he was spotted out a lavish triples penthouse at 95 Greene Street in Soho. The rapper looked at an 8,200 square feet combo penthouse which worth $21.5 million. At the time, the house owned by photographer Ken Nahoum and his girlfriend.

He purchased the beautiful home which has four bedrooms, four bathrooms. The penthouse features soaring 36-foot ceilings, a Philip stark designed kitchen and an ample space of living room.

His house has a heated swimming pool and beautiful garden which situated on the edge of a charming medieval village. The home has three bedrooms and three bathrooms. Currently, he resides in New Jersey with his girlfriend and kids.

Rapper Fabolous earns a massive amount of money from his music career. He drives the expensive cars. He has fond of exclusive cars such as Ferrari F12 Berlinetta, Aston Martin Rapide, Jeep Wrangler, Bentley, and Escalade.

Rapper Fabolous is a successful entrepreneur. He has signed a deal with Ciroc Management Company in 2016 and launched a new  FLOH Vodka. Later, in 2006, he also began his clothing line ‘Rich Yung Society’ which sells all types of men’s clothes.

Fabolous In A Relationship With Emily Bustamante

Fabolous and Emily Bustamante have been together for more than a decade, but they are not married yet. He met Emily back in 2002.

Furthermore, they exchanged their number and started calling and message each other. And also, have been spotted in several public places.

“I don’t think marriage is in the future for me right now. I just really don’t. And the thing about marriage is that I believe in it but don’t believe in it. I think sometimes people put on that ring and that paper, and it messes up a good thing sometimes because now it’s a different emphasis on your relationship because now you can say I’m married, I got this paper—I like to just build on relationships and make sure you are in a happy relationship.”

Fabolous’ girlfriend lost her teeth after the rapper punched on her face seven times and she lost her front two teeth. He sent a threatening test to Emily in which he said that he wanted to hit her in the head with a baseball bat and kill her, but he did not want to go like that.

However, the couple broke up in October 2017. After a month, they ended up reconciliation and got together.

Fabolous is the father of three kids, Taina, Jonas and Johan Jackson.  However, Taina is not his biological daughter. Taina was born to Emily and ex-boyfriend on 14 October 1997. On her 18th birthday, Fabolous and Emily gifted a new Benz, and the family together went on to ride.

Recently, Fabolous and his family spent some quality time together in Hawaii. He also shared their a family photo on his Instagram where they were having fun in Honolulu.

How Much Does Fabolous Earns?

By profession, he is a singer, rapper and actor. He earned a large amount of money through his music albums and received extra worth from his acting career.

Besides, his musical career, he makes more money from various brand endorsement and also involved in many charitable works.

In February 2017, Fab paid $40,000 to get his teeth fixed. Also, he got a set of 10 new veneers on his top grill, also replacing his chipped tooth which he has always rapped about.

However, The Queens rapper described it as a birthday present he was getting for himself.