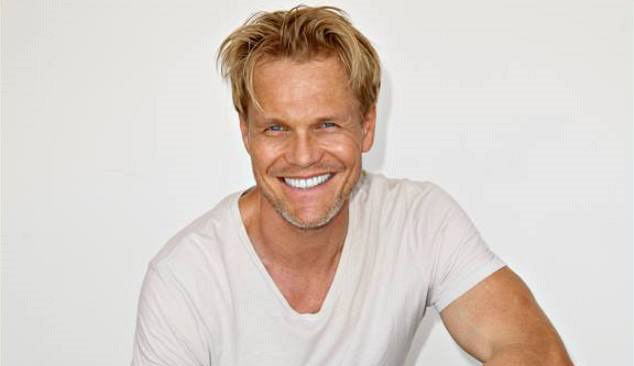 Celebrity doesn’t follow spotlight but the spotlight follows the celebrity, it’s not weird to hear, right. Erik Alsa is the one grabbed the attention when he started dating American television personality and host Tyra Banks in 2013. But Erik has also made a name for himself as a talented photographer. Erik has already covered photographs for some renowned magazines. Now the star partner of Tyra Banks he somehow manages to maintain his identity in the flood of stardom.

So let us know who Erik Asla is? His family, kids, girlfriends, career and net worth.

Erik Asla was born on May 21, 1964, in Norway. There is not much information about his early life, but facts have it that the professional photographer graduated from a local high school in his native land.

Erik Asla moved to Los Angeles from Paris, France to start his career. The reason to move to the United States was in search of better opportunities. Due to his talent and passion in photography, he was hired as a photo assistant of the highly celebrated fashion photographer Herb Ritts.

While working as a photo assistant, he learned and gained many experiences and lesson from Herb Ritts, and it made a massive impact in Asla’s career and on his personal life as well.

Since then, the Norwegian photographer has never stopped in uplifting his professional level. During his career, he has photographed numerous celebrities including British model and actress Emily Ratajkowski.

He has also worked for various magazines like Allure

, Interview and Vanity Fair as well.

Also, he is recognized for his work with Norway’s Next Top Model and America’s Next Top Model. Some of his clients include brands like Audi, Saks Fifth, and Calvin Klein.

Eric Asla and Tyra Banks chemistry began when they first met in Norway’s Next Top Model back in 2013. The couple was immediately attracted to each other and started dating.

Later, the pair was spotted together having lunch at Pearl’s Restaurant located in West Hollywood. Additionally, they were also caught kissing each other.

Though the couple has quite an age difference, they work well together. They were so much in love that within two years of togetherness they decided to have a family.

However, they went through a phase where they wanted to have a baby but couldn’t due to Tyra’s fertility issue.

Erik and his girlfriend Tyra fulfilled their long-awaited wish in January 2016 when they welcomed a baby boy named York Banks Alsa through surrogacy.

Erik labeled the birth of their baby as “the dawn of the life is possibly life’s greatest gift.” It has been revealed that Tyra Banks can no more have kids due to difficulty undergoing in vitro fertilization as the 44 years old supermodel shared in an interview with BUILD Series studios.

“The best present we worked and prayed so hard for is finally here. He’s got my fingers and big eyes and his daddy Erik’s mouth and chin. As we thank the angel of a woman that carried our miracle baby boy for us, we pray for everyone who struggles to reach this joyous milestone. York Banks Asla, welcome to the world.” said Tyra Banks.

But sadly, this couple ended their relationship in 2017 without sharing any vows.

Despite the strong bond shared by the Erik and his partner, Tyra, they got split from their five years of relationship. They ended their relationship on 3 October 2018.

However, both the parents have decided to co-parent their 21-month-old son, York together.

As of now, Erik lives separately with his three daughters in Los Angeles.

How Many Kids Does Erik Asla Have?

This Norwegian Photographer is a father to four children: one son and three daughters. His three daughters are Tatjana, Taylor, and Tatum. His son is York Bank Asla, is born through surrogacy

He holds Norwegian nationality and belongs to the white ethnicity.

on which he posts his pictures as well as that of his cute little daughters whom he adores. There are 20.7k followers on his Instagram. He also has a Twitter

Net Worth Of Erik Asla

Erik has accumulated such wealth by working as a professional photographer for famous magazines like Allure, Elle, Dwell, Costume, GQ, Marie-Claire, Bazaar, Tatler, The New York Times, Glamour and much more.

However, Erik Asla has a net worth of $3.5million.

He also makes money from endorsement deals and public appearances.