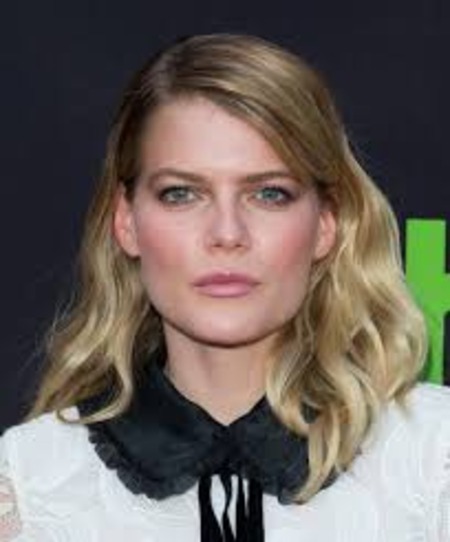 American-British actress Emma Greenwell is popularly known for her role in the Emmy award-winning series Shameless that aired on Showtime.

It is common for actors working together and fall in love on the sets. Likewise, Emma and co-star, Jeremy Allen White were the examples taking their on-screen chemistry off-screen. Many fans have a question that they are still together or moved to their life.

Who is Emma Greenwell?

Emma Greenwell was born on 14 January 1989, in New York, USA but brought up in Egland from an early age. Emma is the oldest among three children. After completing high school, she went on to study at Hurtwood House and then attended the London Academy of Music and Dramatic Art.

Since an early age, she has a passion for acting and even participated in school dramas. Her parents’ always supported her to take up anything that she loved to do.

Greenwell moved with her parents to Los Angeles, California to pursue her career in the film industry.

Emma Greenwell started her acting career at the age of 21 in the entertainment industry. Before then, she performed in a play at the Edinburgh Festival. Initially, Greenwell tried to get some movie roles in London but was unable to get it. Later she decided to move to the USA.

Finally, she landed the lead role of Mandy Milkovich in a comedy-drama television series, Shameless. During that time, Emma struggled a lot to get the role. The Shameless became the longest-running original scripted series in Showtime’s history. In January 2019, the series renewed for a tenth season.

This role made her famous and opened more opportunities for herself. Then she appeared in another TV series called True Blood in 2012. After that, Emma made her guest appearance in the series Law & Order: Special Victims Unit in 2013. The same year, she played the role of Charlotte in the TV movie Holy Ghost People.

In the year 2014, Emma was cast as Ellie Porter in Law & Oder: Special Victims Unit. Following that year, she was given the role of Mary Reynolds in Dare to Be Wild and as Carolina Bingley in Pride Prejudice and Zombies.

From 2016 to 2018, Emma starred as Mary Cox in a  web television series The Path along with  Aaron Paul, Michelle Monaghan, and Hugh Dancy. The shows creator announced on April 23, 2018, via Twitter that The Path would not be renewed for a fourth season. Soon, Emma will be seen in the film Duet as Janelle.

Currently, Emma working as Myfanwy Thomas on the upcoming American television series The Rook that is set to be premiered on June 30, 2019.

Considering, the Love & Friendship actress has not played in many movies and televisions, but still, her acting was great. Aside from the entertainment industry, she is also a model and working for several modeling agencies. Also, Greenwell photoshoots for magazines’ editorials.

Emma Greenwell has an estimated net worth of $3 million.

Only very few relationships succeed in the Hollywood industry. But sadly, Emma and Jeremy weren’t the ones. Do you know how they met and began their love story? If you don’t, then, let us know you.

Emma Greenwell met Jeremy Allen on the set of the Shameless who were co-stars of the show. Later they became more than just friends and started dating in October 2011. The couple turned their on-screen romance to off-screen, which loved by their fans and viewers as well.

The two even flaunted their love by posting their pictures on each social media. As a result, they seemed to madly in love with each other. The Shameless co-stars ended the romance after Jeremy officially announced that his longtime friend turned into girlfriend Addison Timlin on 3rd October 2016.

Afterward, her ex-boyfriend shared the news that he was expecting his first child and gave birth to a daughter in 2018. After break up, Emma was rumored to hooking up with a guy named Joe Alexander.