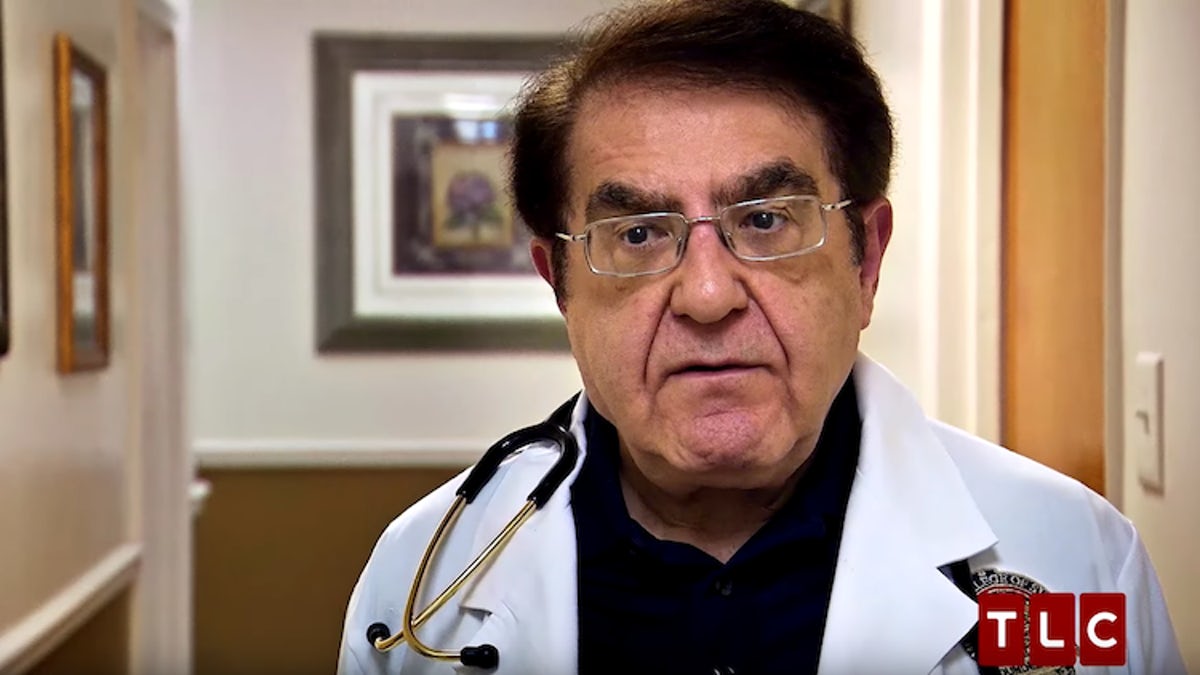 Dr. Nowzaradan is a professional surgeon who is best known for his appearances on the reality television series, ‘My 600-Ib Life’ which airs on TLC Channel. He is also a Bariatric surgeon and has helped many obese patients for over forty years. He also has his own clinic in Houston. Dr.Now The is now airing season six season on the TLC.

He is one of the great surgeons of the United States. Dr. Now has over 30 years of experience and hope for many patients. He generates his wealth form his career as a surgeon. He has operated on numerous clients and that has increased his net worth.

He earned an impressive amount of salary from the show which him to add his net worth. He is not only a successful doctor but also a powerful motivator.

Dr. Now also published a book title ‘Last Chance to Live’ in which he writes about his experience of his life.

After graduation, he began work at various Texas-based hospitals as a general surgeon. He started off his career as a heart surgeon, and he specialized in weight loss surgeries like bariatric surgery, gastric bypass surgery, and sleeve gastrectomy.

He practiced in several hospitals like First Street Hospital,  Doctors hospital at Tidwell, Renaissance Hospital, Surgery Specialty hospital and University General Hospital. Besides, he has his clinic where he sees the patients for consultation.

He has done many surgeries in his life. He is also well skilled in the other like vascular, weight loss procedures and general.

Dr. Nowzaradan is a famous American weight loss surgeon. Dr. Nowzardan appeared the reality series, ‘My 600-Ib Life’ which aired on TLC Channel since 2012. The show is in season six.

The series started in a five-part miniseries and the show shares the incredible transformation story of the obese patient over a year.

In the series, patients are placed under the care of Dr. Nowzaradan. He told them to lose weight they have to follow the strict diet plan. Then depending on the patients’ progress, he suggests gastric bypass surgery or sleeve gastrectomy for weight loss. He does surgeries at the Foundation Surgical Hospital in Houston. In the show, his clinic also featured which located at 4009 Bellaire Boulevard in Houston.

Dr. Nowzaradan married once in his life, but later he divorced from his wife. Dr. Nowzaradan got married to Delores in 1975. It is said that before marriage his ex-wife, Delores worked secretarial job.

The couple is blessed with three children, a son, and two daughters. After the marriage, Delores left her job to take care of their children and family. She became a typical housewife and looked after the household activities. In fact, his ex-wife took care of Nowzaradan’s mother for over 20 years.

The couple ended their more than two decades of the marriage relationship and divorced in 2002. He never disclosed the exact reason for their divorce. After the divorce, Dr. Nowzaradan gave his 70% of his assets to Delores. Also, he tried to hide his asset and claimed to be retired in 2004.

According to LinkedIn, his ex-wife currently lives in Houston, Texas and worked as Tutor of Oakridge Elem. She is living single and enjoying his life with his children and grandchildren.

Dr. Now is trying to convince his patients on reality series My 600-Ib Life to lose weight. He informs them that if they don’t follow the diet plan regularly chances of death are very high. He tells them to change their eating habits even after the undergoing surgery. Their surgery must be modified due to the surgery impacts how much food makes them feel full.

He designed a healthy diet plan routine for both women and men. For more details, you can follow him Dr. Nowzaradan Nutritional Guide.

Dr. Nowzaradan was born on 10 October 1994 in Iran. His birth name is Younan Nowzaradan. He was born and raised in Iran.

Dr. Nowzardan emigrated to the USA in his Youthful age. He attended The University of Tehran, one of the most prestigious universities in the country and pursued a degree in surgery in 1970.