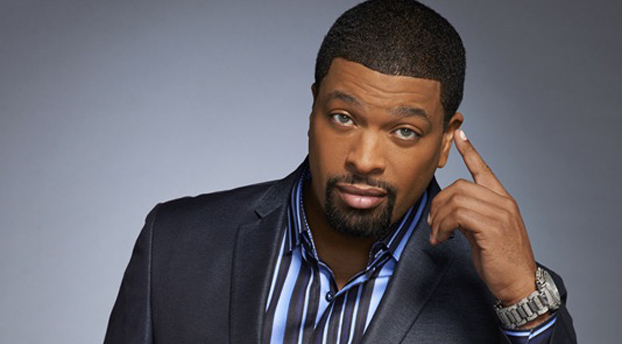 Two women and a baby to be taken care off, some of us might think it to be hard work to do, but as for actor De Ray, it only counts on his skill of managing things. Most of the people can think of having two girls relationship in fantasy while we have here a man who is living this dream. You might not know, but he lives with two and a half women under the same hood. The half women we mean is his daughter to whom he loves more than anyone. We shall now plunge in the elegance of De Ray Davis dating life along with the management of his everyday lives.

It is harder to make people laugh, but the guy is quickly killing Hollywood with his hilarious humor and persona, DeRay Davis. And he is the star of Lions Gate’s DVD feature “Frankenhood.” He is the older brother of R&B singer and personality Steph Jones, and he was born in Chicago, Illinois on August 5, 1968, to his African parents. DeRay Davis is an American comedian turned actor. He has made his appearance in both big and small screen and very well-known for his humor and talent for making others laugh.

This talented actor/comedian is dating two girls at a time. So let’s know the details of what is the actual matter.

Davis was born as Antoine DeRay Davis on August 5, 1968, in Chicago, Illinois and raised in Robbins and Dolton. He began his show business career as a stand-up comedian performing in various comedy clubs. He got his breakthrough performing at the Laffapalooza Festival in Atlanta.

Davis played the role of Ray Ray in Barbershop. After that gig, Davis relocated to Los Angeles and won the Comedy Central Laugh Riots Competition.

In addition to his acting and comedy career, Davis has featured on the rap album of many rap stars and even appeared in their music videos, from Kanye West’s The College Dropout and Late Registration both of where he impersonated Bernie Mac and Three 6 Mafia’s music video for “Doe Boy Fresh.

DeRay achieved his comedy career breakthrough at the Laffapalooza Festival in Atlanta and then scored a 3-peat by winning  Comedy Central Laugh Riots Competition after moving to Los Angeles and landing covetable spots in the Montreal Just for Laughs Festival as well as the Budweiser Def Comedy Jam Competition and also appeared in Cedric The Entertainer Tour. 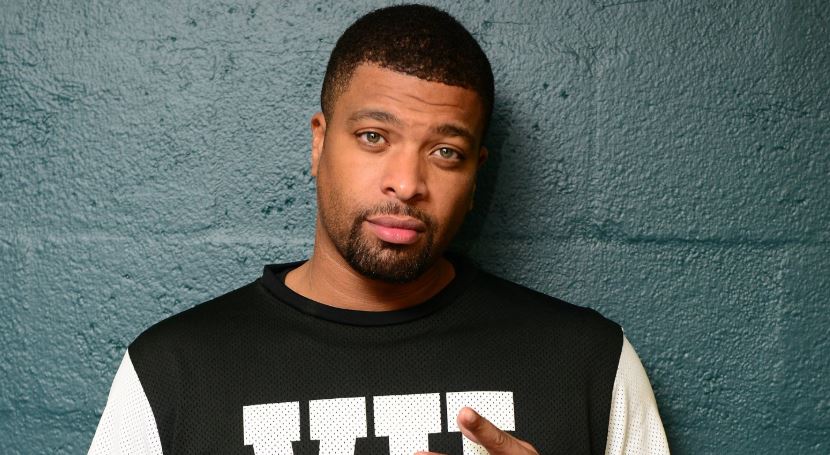 DeRay is also known for his role in Barbershop and Barbershop 2: Back in Business as Ray-Ray. He also made his appearance in films like Semi-Pro and 21 Jump Street.

Apart from his appearance in movies, DeRay has television career too. He has his roles and presence in programs like Comedy Central’s Reno 911, BET‘s ComicView, FOX‘s Empire, MTV‘s  Wild ‘N Out and Short Circuitz, MTV2‘s Hip Hop Squares and HBO‘s Entourage.

Also, he hosted a game show in 2014, Mind of a Man, on Game Show Network. He also appeared on the Oxygen reality show Living with Funny.

The  also sounds on several skits on rapper Kanye West‘s albums The College Dropout and Late Registration, impersonating Bernie Mac and appearing as the lead of the fictitious fraternity “Broke Phi Broke.” Davis also appeared in West’s music video for Through the Wire.

However, to date, Davis continues to sell out venues worldwide with his authentic brand of “dynamic crossover comedy” due in part to his Critically Acclaimed Netflix Comedy Special – DeRay Davis: How to Act Black (2018).

Davis is the older brother of R n B singer-songwriter Steph Jones. It is almost unbelievable considering that Jones was born and raised in Houston, Texas while his older brother is a Chicago native.

According to reports, Jones’ dad (also Davis’ dad) was a drug dealer who was shot when Jones was just 12 years old. Their mother was a disc jockey.

Jones attended college at Santa Monica and majored in psychology. He is best known for his collaboration with rapper Ludacris whom he featured on the single “Celebrity Chick” and Small World alongside Chingy. He was signed to Def Jam through Ludacris’ Disturbing the Peace, but he later left the label.

Is DeRay Davis Married? Or Is He Dating Someone? What About His Kids?

DeRay Davis has been dating not one but two girlfriends. Yes, you heard it correct. His girlfriends are Coco Crawford and Cara Peguero. Their union was captured on the 2016’s Oxygen docu-series ‘Living with Funny.’

“I have been with Caro for about 5-years, the Coco for almost two-and-half-years now,”

“They are very okay because I’m very open with them. I don’t make it appear like; I am a player.”

Davis, however, said that he isn’t planning on tying the knot with either one of the two. Instead, he says, “I’d rather let them marry each other, and just stay with both of them.”

Davis has a daughter named Brook Davis. As of 2019, Brook is in her teens. Davis regularly flaunts her on social media.

However, he has never said a word about who her mother might be and how he raises her with his two concubines. Brook has once accompanied her dad to a red carpet event.

DeRay has 1.1million followers on his Instagram where he posts his video and pictures regularly. And, his Twitter has 852k followers while his Facebook has over 573k followers.

The 51-year-old comedian falls under the birth sign Pisces. Davis is American as per nationality, and as far as her ethnicity is concerned, he is of African-American. Davis stands at the height of 6 feet 2 inches (1.88m), but his weight is unknown.

This American actor and comedian has a net worth of $1.5 million.

He also has guest-starred on some television shows, including “Entourage,” “Nick Cannon’s Wild ‘n Out,” and “Short Circuitz.” He can also be heard on the albums, “The College Dropout” and “Late Registration” by Kanye West.