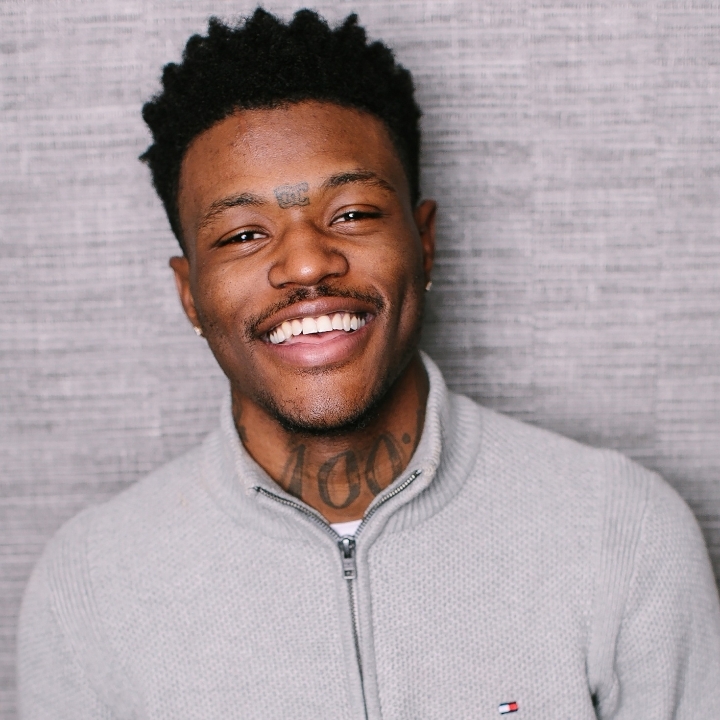 Nowadays, social media has become a new platform to leverage on and transport yourself to quick fame and popularity. The likes of Dc Young Fly, an actor, comedian, host, singer, rapper, and social media personality are already making headway to fame through platforms like YouTube, Instagram, and the now-defunct social media app, Vine.

Also, he is well-known for his appearances on MTV show ‘Wild n Out’ and vine video which was shut down in 2016. Dc Young, the host for upcoming show MTV’s TRL on 2nd October 2018. Besides, he is a YouTube Personality; has over 3 million subscribers and more than 19 million views on his channel.

When it comes to his personal life, DCYoungFly shares a child, a daughter with his girlfriend. Not just this, we have more information about him, to know everything, stay on our page.

John Whitfield aka Dc Young Fly was born on May 2, 1992, in Atlanta, Georgia, USA. He was raised in Adamsville neighborhood on the west side of town.

Whitfield attended Benjamin E. Mays High School. He had a brother who was killed in 2011. After the death of his brother, he began pursuing his rapping career.

He named himself Dc Young Fly from his favorite comics titled Dc Comics. He loves to read all the time. Information related to his parents is unavailable.

Now, he lives with family in Los Angels.

Dc Young Fly career rose to stardom through six-minutes vine videos back in 2013. Then, he was seen roasting celebrities like B Daht, and artists, Kevin Hart, Drake, Mike Mell which gave him more attention and added more speed to his career growth.

At the beginning of his vine journey, he had funny slogans like “Bring dat ass he boi” and “Fawwwkumeaan” which were famous among teenagers.

Dc Young Fly earned significantly from his performance, channel and primarily as a comedian.

Young grew up in the area of Atlanta hanging out with his two brothers and spending most of his time on the streets.

The neighborhood he lived in was very dangerous and the youngsters there were involved in a lot of criminal activities and weren’t aiming for any serious education.

Although they were into rapping and music too, most of the kids were dealing drugs or stealing and trying to look important.

Many of them were known to police officers and were often dragged to police stations or were taken into custody. Furthermore, the community he lived was called Adamsville, and it was situated on the west side of the city.

Moreover, he was a student at Benjamin E. Mays High School.

He shared a video of his daughter, Nova on his Instagram.

After a few months later, Jacky shared a video with her daughter on her Snapchat on 19 March 2017.

In the caption, she wrote:

The couple shares a daughter, Nova Whitfield, born on 29 October 2016. Though the pair isn’t married yet. Now their love seems meaningful after the first birth of their child.

Net Worth Of Dc Young

Young Fly earned money from his performance on MTV’s ‘Wild n Out.’ After that, he made his regular appearance in Nick Cannon’s show ‘Wild n Out.’

Apart from that, he also makes extra income from his acting. He acted as Eric in his first movie “Almost Christmas” directed by David E. Talbert and starring Kimberly Elsie, Omar Epps, Gabrielle Union, and Danny Glover.

The movie was released on 11 November 2016 and earned $15.6 million in the box office. He also played a lead role in Terri J. Vaughn’s film “#digitallivesmatter.”

Then, he appeared on TV series Tales by Irv Gotti and also seen in a supporting role as Bobby Brown’s barber in the hit miniseries ‘The New Edition Story.’

“Told da dealership I don’t know what a down payment is … this for my mama we just gon worry about insurance na fr doe.”

He put his mom in his car and went for the drive.

“selling this Mercedes for 7k.”

Selling this mercedes for 7k pic.twitter.com/2xO8JRodiw