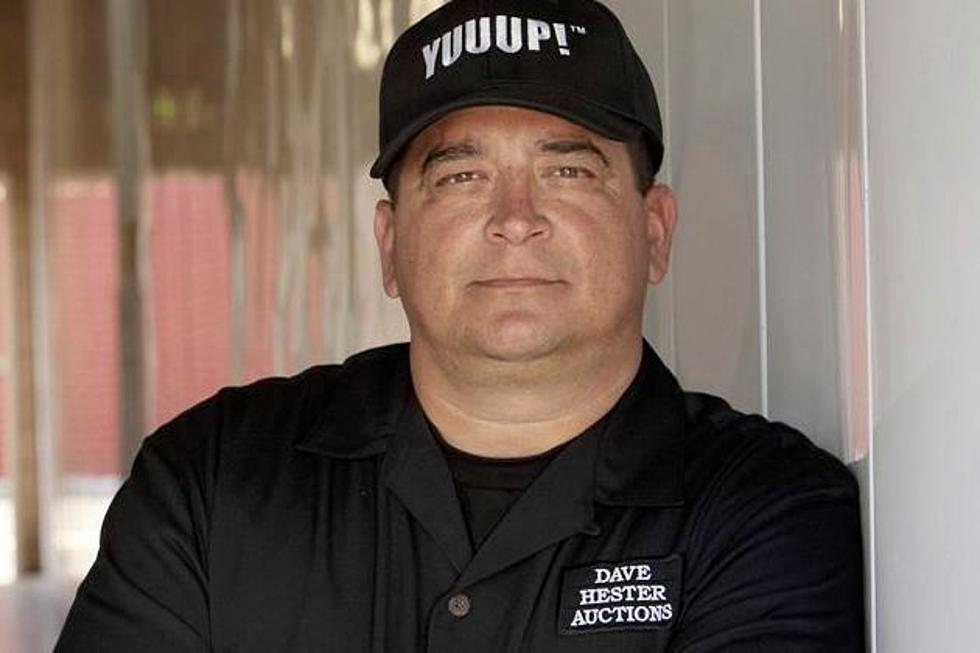 Dave Hester is one of the main cast of the A&E Network’s Storage Wars. Dave also owns his own auction house, Dave Hester Auctions. He came into the limelight with Storage Wars and now he is a popular television personality. Let us look at Dave’s success story.

Dave Hester was born on July 3, 1964, in Camp Pendleton Marine Crops Baser, which is near Oceanside, California, United States. His father used to work as a military personnel as well as he was also a trained collector. Dave’s father used to visit various auctions so he could find a worthy collectible and purchase him.

Dave Hester’s father belonged to German and Irish descent, while her mother was a Mexican.

Dave’s father was very keen on collectibles. He used to purchased and sell valuable items at auctions. When Dave was just five, he used to go to different auctions with his father where he could see the items in auctions, see the biddings and from those experiences Dave learned a great deal. So it is no surprises that, Dave grew up to be just like his father.

Then as he grew up, he became more involved and when he was 14, he began to buy different toolsets and machinery by himself to make a deal at auctions. Later, Dave started to sell those items in Orange County, California, in military-base stores.

At age 14, Dave began to buy toolset and machinery for auctions. He then began to sell out those items to military-base stores situated in Orange County, California. Dave’s first storage auction was in 1986. Later in the 1990s, Dave worked as a bid catcher. In 1992, he became as licensed and bonded auctioneer.

Back that time, Dave had a furniture business but he was forced for community service at the Goodwill Store, he realized his potential in the business of storage unit. He has to do that community service because of a drinking and driving case in 2005.

Then Dave got into the storage unit business as his only career. He sold the collection of his father for more than five years so that he could gain some money to start his own business. He also established two shops, Newport Consignment Gallery and Rags to Riches, in Costa Mesa, California. He hired about 15 employees to sell the items he purchased from different auction.

Dave’s most valuable find from the auction is a painting by Jack Wilkinson Smith titled The Golden Pool. He bought that painting for $750 and sold it for $155,000.

Storage Wars is a reality television series of A&E Network which centers the professional buyers who visit the whole state’s storage facilities to bid on lockers. The buyers are given five minutes to inspect the items from the doorway but cannot touch them.

The shops which Dave owned, Newport Consignment Gallery in Costa Mesa, California and the Rags to Riches thrift store was closed by himself on June 2011. Now, Dave has his own auction house, Dave Hester Auctions. To run a business with a bit of clash is impossible. Dave also had some confrontations with the main buyers, especially with Darrell Sheets and Brandon Sheets. Dave is also known to raise the bids whenever somebody wants to buy the items.

In the series, Dave also shouts YUUUP! which is his signature catchword while making bids. Dave is so fond of this word that he has this word YUUUP! imprinted on his trucks, T-shirts, and hats. In an interview, Dave revealed that this word actually originated from himself back in the time when he was a bid catcher in auction facilities, helping auctioneers spot bidders in a crowd.

The reason for his absence in the series is, he got fired from the show on December 2012. Then Dave sued the producers of the shows for firing him before the termination of the contract. And part of his lawsuit tossed out on March 2013 and he made his return on season five.

The show did well in its first season but in the second season, it went at the peak of the success. The show’s second season premiered attracted over 5.1 million total viewers and it made a history making it the most-watched program in A&E history till that date.

Is Dave Hester married? How many kids does he have?

Dave Hester has a son, Dave Jr., but the details about his son’s mother are not disclosed by him. Dave likes to keep his personal matters to himself so there is no any information of his dating history or his child’s mother. His son Dave Jr. appears on the show with his father occasionally.

Dave Hester has made his money from Storage Wars, but he also owns his own auction house. He also earns thousands of dollars from his auction, where he sells the items at a high price than its actual cost to him.

He also earned good amount after selling Newport Consignment Gallery in Costa Mesa, California and the Rags to Riches thrift store. His salary in Storage Wars is around $300,000.

And talking about cars, Dave owns a 2006 Honda Odyssey.

Take a look at his house and car.