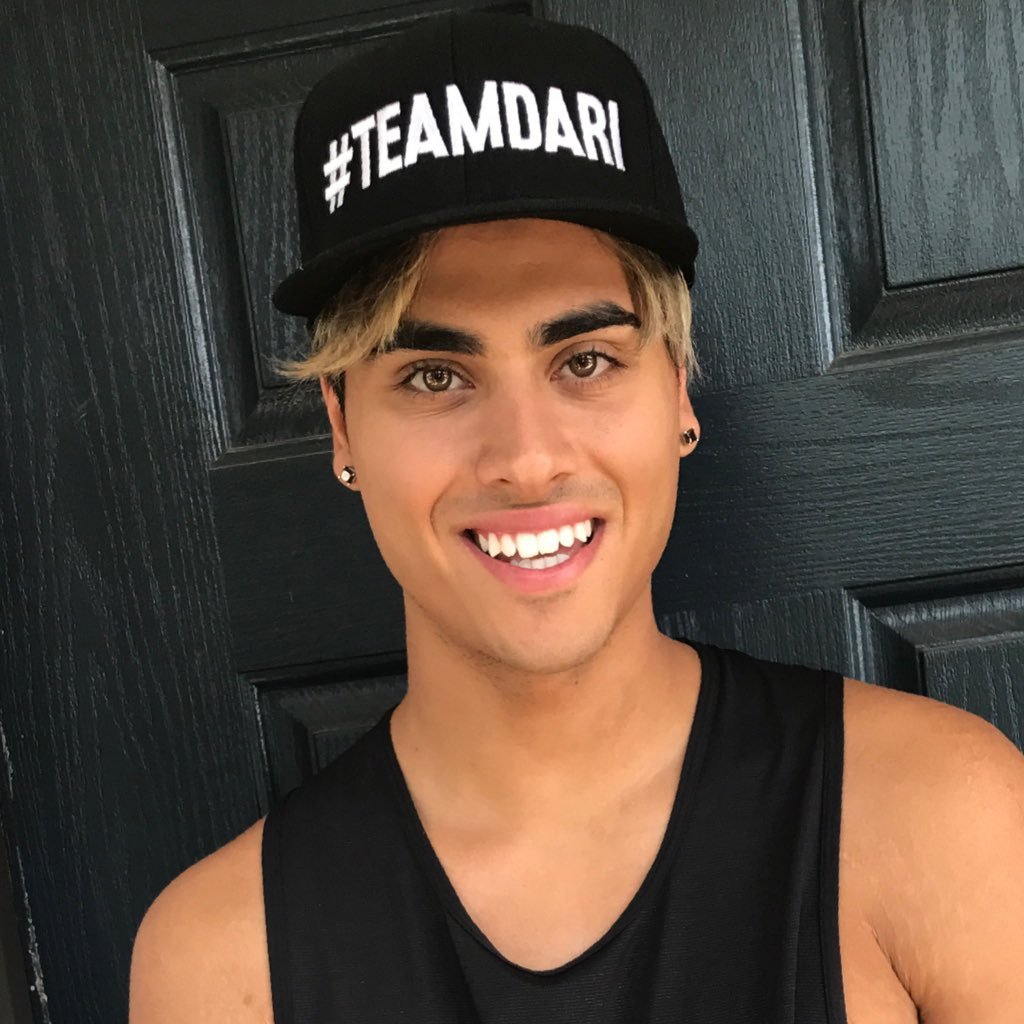 Famously known from the YouTube channel, Dobre Brothers, Darius Dobre, is a social star with a fantastic fan following on his social media. He along with his brother created the chain in 2017, and since then they are posting several videos which gained millions of views.

Similarly, the brother makes an impressive earning from their channel.

To know more about their earning and lifestyle, stay on our page.

Darius Dobre was born on 2nd August 1995, in Maryland, Darius Dobre is famous from the YouTuber channel, Dobre Brothers. Dobre’s birth sign is Leo which defines his personality to be warm and action-oriented. He is American as per nationality, and as far as his ethnicity is concerned, he is White.

He is the son of a record-breaking gymnast, Aurelia Dobre and a gymnastics coach, Boz Mofid.

He along with his brothers features on the channel ‘Dobre Brothers.’ Darius attended Towson University in Baltimore, Maryland.

Darius Dobre launched a YouTube channel titled ‘Dobre Brothers’ alongside his brothers on 5th June 2017. Darius’s his very first video titled “Why we are doing this” together with his brothers and talked about themselves on their channel and has received 1.8 million views.

His twins brothers are already YouTube stars. Then he posted a prank video ‘We Pranked Lucas and Marcus’ in which he and his brother, Cyrus prank on their twin brothers.

Afterward, the Dobre brothers uploaded numerous videos on their channel and successfully garnered millions of views. Some of his most viewed videos are The Best Day Ever; Crazy Dares At The Beach, She Said Yes, We Had The Same Girlfriend, Dog Vs. Goat Swimming Challenges and We Delete Lucas and Marcus YouTube Channel.

Recently, the Dobres brothers uploaded two videos in a week; This was the worst day ever and DIY Ice Experiment Gone Wrong!. Still, the videos have received more than 1.9 million views within a week.

Darius is a handsome young man who gained popularity from his Instagram and YouTube channel. With thousands of his followers curious about his love life, the young star is single and living a blissful experience.

Nevertheless, Darius is not seen posting pictures with any girls in the past which concludes about him being single.

However, we wish him to find the girl he has been waiting for and have a great love life ahead. Besides, Dobre is an animal lover.

Net Worth Of Darius Dobre

Darius started his YouTubing career when he created the YouTube channel alongside his siblings titled,’Dobre Brothers.’ In a brief span, he turned out to be tremendously noticeable where a significant number of his recordings have likewise earned a great many perspectives.

The four brothers—Lucas, Marcus, Cyrus, and Darius signed a deal with CAA for representation in all areas on 15 March 2018.

Apart from his videos, Darius received more money from his tours and merchandise. Likewise, Darius along with his brothers has their merch called ‘Dobre’ where they sell sweater, shocks, T-shirts, shorts and other various accessories.

Thank you to God, my family, and all my amazing fans for helping me achieve one of my biggest dreams in life, a Lamborghini Huracan ?

Furthermore, he also has a bike “Ducati Supersport S,” worth $21,195 to $39,995. Therefore, he along with his brothers lives a luxurious lifestyle.

The brothers have a collection of luxurious cars like,

Darius has inked several tattoos all over the neck, arm, and chest. Similarly, he inked a bird tattoo on his front part of the neck and had tattooed a hand below his left eye.

As of August 2018, Darius is 23 years old. He has a proper height of 5 feet 9 inches and weighs 66 kg. However, his body measurement is unknown. Dobre has brown eyes and hair.

You may also like John Cena: How tall is he? Is he married to Nikki Bella?