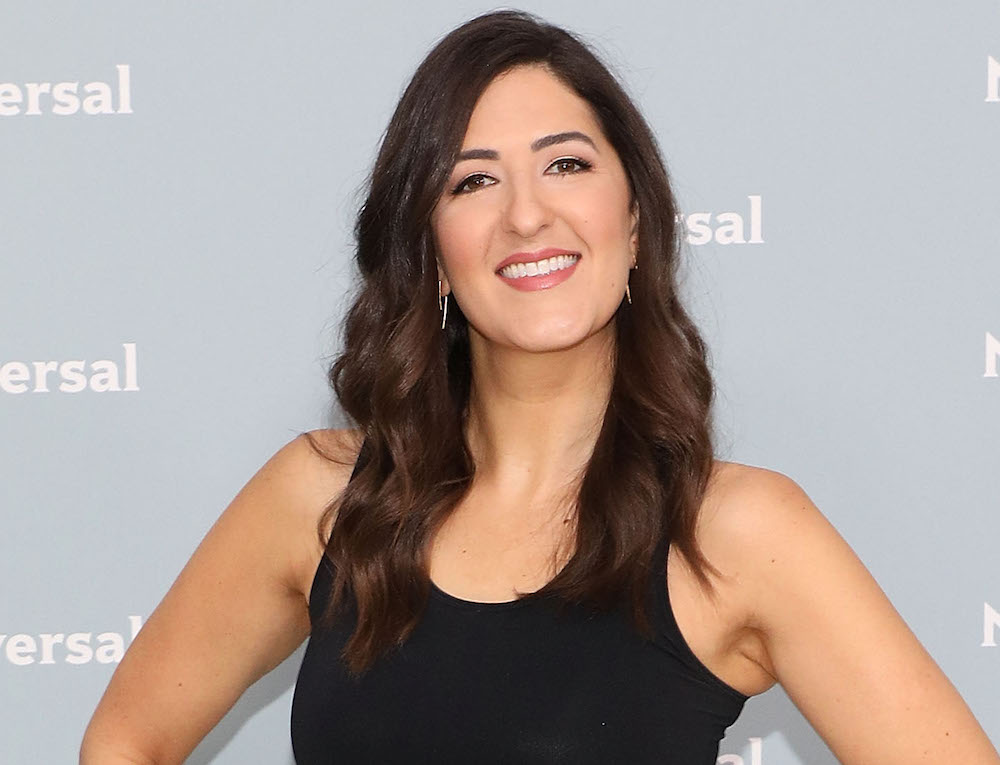 American actress and comedian who has found fame with her roles on comedy series like Broad City and The Good Place. She has also landed roles in comedy films like 2013’s The To Do List and 2016’s Other People, D’Arcy Carden.

She was casted as Janet on the NBC’s comedy series ‘The Good Place.’ Previously, she worked with the Upright Citizens Brigade, an improvisational sketch comedy group like The Curfew and Stone Cold Fox.

You may also like: Paul Wesley Dumped Actress Phoebe Tonkin For A New Girl. Who Is This Mystery Girl? Check Out His Net Worth, Divorce, Ex-Girlfriends and Series

Who is D’Arcy Carden?

Darcy Erokan was born on January 4, 1980, in Danville, California, USA. She is the daughter of Dennis Erokan who runs a local community theater and is the founder of BAM Magazine. She has two sisters and a brother. Darcy is American and is of mixed ethnicity.

Darcy graduated from San Ramon Valley High School in 1998. She enrolled at Southern Oregon University and received a Bachelors in Fine Arts in Theater. After graduation, she moved to New York City to pursue her career in acting.

How D’Arcy Carden Rose To Fame?

She enjoyed the show a lot and signed for the classes. She joined UCB in 2004 in which she appeared in the recurring role and later in the tour with UCB.

Apart from her television series, she has also acted in many movies like Mob Wives, Unengaged; I Know You Think I Farted and more. Carden played a small role in the 2016 film ‘Other People.’

In the same year, Carden was casted as Jane in the NBC’s comedy series ‘The Good Place’ alongside with Kristen Bell and Jameela Jamil. Currently, she is playing the role of Natalie on HBO series ‘Barry’ which premiered on March 25, 2018.

D’Archy Carden married actor Jason Carden on July 31, 2010. The couple began dating each other since the early 2000s. Carden posted on Instagram to wish anniversary to her husband.

She posted a photo of her husband with a caption. D’Arcy wrote,

‘happy anniversary jj. thank you for always sleeping on the floor with penny when she is sick or hurt. you’re nice and also hot. I love you. ’

Also, she wished her husband via Instagram and shared a picture of him with a caption on July 6, 2018. She wrote ‘Happy Birthday JJ.’

How Much Is D’Arcy Carden’s Net Worth?

Her actual salary is not revealed to the public yet. She has garnered a colossal fan following and money through her phenomenal acting. She has accumulated tremendous assets through her role in the series like ‘Barry’ and ‘The Good Place.’

Carden has a dog named, Penny. She has posted some photos of her dog on Instagram. She shared a picture of Penny with a caption. On caption, D’Arcy wrote,

“Penny came into our lives two years ago today. Thank you to the garbage family that dumped her at the shelter the month before we found her. YOUR LOSS JERKS!”

As her birthdate, Carden is 38 years old. She stands the height of 5 feet 10 inches and weighs 63 kilos. She has an hourglass body shape but her body measurements are not available. Carden is a beautiful and gorgeous lady with silky black hair and brown eyes.