Daphne Zuniga: Engaged to David Mleczko. Know Her Age, Net Worth, Past Relationship 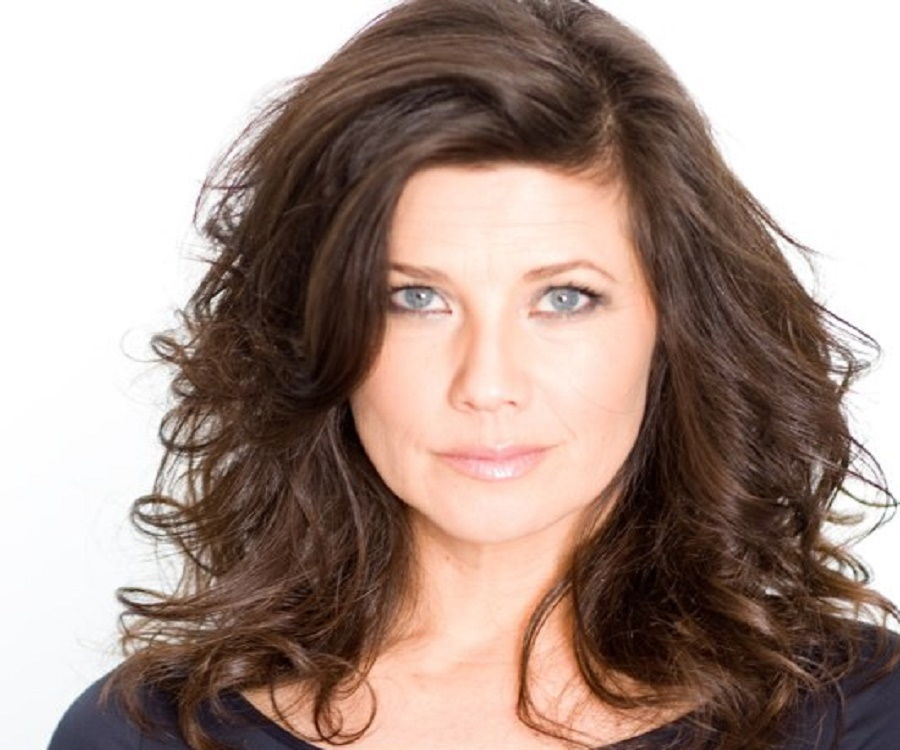 Celebrities affairs and broke up is one of the most exciting gossips. American actress and environmentalist started her career in 1982, making her first debut at the age of 19 in the movie “The Dorm That Dripped Blood

” in which she starred as Debbie. From 1980, she is active in the film industry to tell the date and has appeared in numerous movies and televisions from supporting role in leading actress and gained both fame and fortune for herself.

Daphne Zuniga: How Old Is She?

The actress birth name; Daphne Eurydice Zuniga was born to Joaquin Alberto Zuniga Mazariegos and Agnes A. Zuniga on October 28, 1962, in San Francisco, California, the U.S.A.

Furthermore, her father was an emeritus professor of philosophy at the ‘California State University,’ East Bay and mother was a Unitarian minister.

She has a sister named Jennifer Zuniga who is also an actress. Her nationality is American and is of mixed ethnicity. He has a keen interest in acting at a young age.

After her parents divorced, she and her sister relocated to Reading Vermont alongside her mother and continued her schooling at the Woodstock Union High School in Woodstock, Vermont and graduated in 1980.

For further studies, she moved to her hometown of California and enrolled at the University of California, Los Angeles to study theater arts.

After her graduation, she began her professional on-camera career in the early 80s and landed with a supporting role in the horror film The Dorm That Dripped Blood

. Then, she worked in both televisions and movies as well. Also, in 1983, she appeared in a TV film, Quarterback Princess.

Some of her television projects include Stone Pillow,

. Daphne is widely recognized for her roles in TV series such as Melrose Place

Later, in 1985 slasher film, The Initiation

she played the role of the twin sister, Kelly Fairchild and Terry Fairchild. Also, that same year, she featured in the series Family Ties

Also, she appeared in the 1985 romantic comedy movie The Sure Thing

which received positive reviews and became commercially successful at the box office which grossed over $18 million.

Following her immense talent and ensuing fame, she played the lead role as Beth Logan in 1989 in the science-fiction horror film The Fly II

along with Eric Stoltz, Lee Richardson, Harley Cross, and John Getz. The movie became a blockbuster and grossed a total of $38.9 million.

and a guest appearances in VH1 show Hindsight. Zuniga directed her first movie The Protege

opposite Jason Priestley in 2019.

Daphne is a dynamic environment activist and involved in several environmental campaigns. In the 2007 interview, she stated that she has been interested in ecological activities after she went on a trip with her family to the ‘Yosemite National Park’ and ‘Yellowstone.’

She worked for plenty of non-profit organizations such as WaterKeeper Alliance, Natural Resource Defense Council, Environment California and was a founding member of the Earth Communications Office.

Later, in 2009, Daphne was appointed as a Board of Director of Los Angeles River Revitalization Corporation by LA Mayor Antonio Villaraigosa.

How Much Is Daphne Zuniga Worth?

Her primary sources of income mostly come from her acting.

She makes some extra wealth from the commercial and advertisement.

According to reliable sources, the beautiful actress Daphne Zuniga is not married and is single, as of now though she was romantically involved with many handsome hunks during her career.

Also, there were rumored that she was secretly married which is not true. Let’s find out with whom she was involved in the past.

The 56 years old actress was spotted together with an actor Jason Gedrick back in1986. Reported the couple dated for a few months and split up.

Then she began dating a Hollywood actor and director, Emilio Estevez in 1988. Furthermore, like her previous relationship, her relationship with the Stakeout actor lasted only for a few months and parted their ways.

How can we forget the longterm affair of Zuniga with her boyfriend, David Mleczko? No one knows, Daphne is secretly dating David. However, in the earlier year, she announced that she was engaging with a businessman David Mleczko.

Daphne Zuniga told US Weekly, David put a ring on her finger. Also, the actress revealed that during the 11 years of togetherness. The two enjoy plenty of holidays.  But they have a different choice when it comes to food.

Zuniga, who is pure vegan whereas David is non-vegs. She told Us,

“He is the biggest meat-eater I’ve ever met, [but] my fiancé is a wonderful vegan cook. He makes things and is learning to make things. He’s using spices and new things. He’s very giving and amenable that way.”

Plus, the One Tree Hill actress continued,

“As a vegan, the greatest things about Thanksgiving and Christmas are the side dishes. Those are the most interesting things that everyone wants to eat. So nowadays when you say, ‘This is for the vegetarians,’ everyone looks at it and is like, Save me some!“

Zuniga is active as @daphnezuniga on all over the social media platforms with huge fan followings. Furthermore, on her Twitter

, she has more than  54 k followers whereas, on Instagram

, Levin has over 52 thousand followers, but she is not available on Facebook

What do you think will Daphne will marry her fiancee David?