Home » Biography » Craig Wayne Boyd – The Voice, Net Worth, Where is he Now? 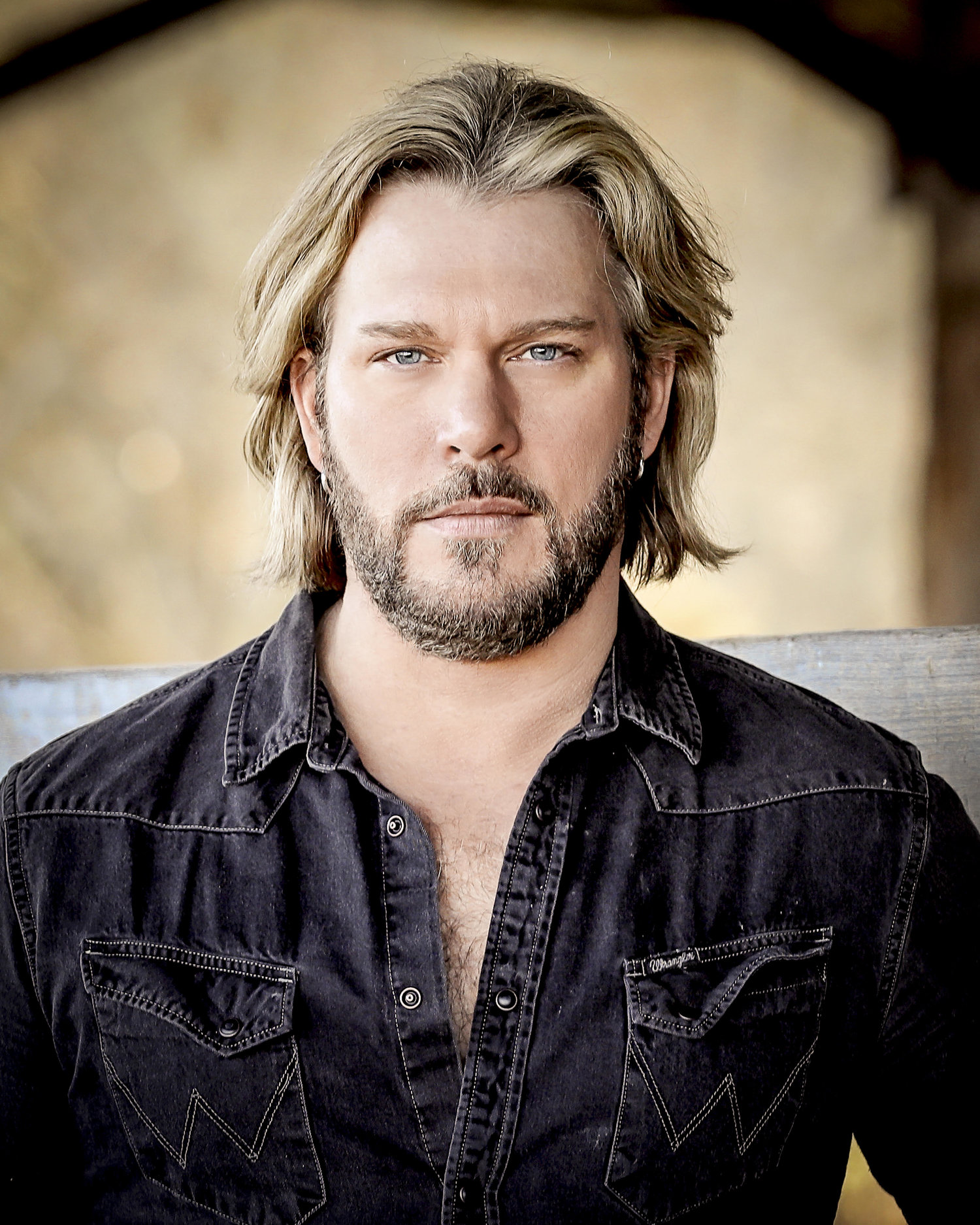 If you’re wondering what happened to Craig Wayne Boyd after winning The Voice, read this post now. His family life, income, marriage, albums, tours and more

After a decade of making his country music career take off in Nashville, Craig Wayne Boyd was on the verge of homelessness in when his big break of opportunity came literally the next day in the form of an email. Calling himself a spokesperson ‘for all those who paid their dues and have slugged it out’, The Voice Season 7 winner is a real-life testament of how hard work will always be rewarded.

When Craig Wayne Boyd won ‘The Voice’ in 2014, he took with him $100,000 cash prize and is continuing to earn significant royalties from future sales.

Currently, Craig earns income from ticket sales to his music tour and his albums (all on Spotify, Amazon Music, iTunes) and merchandise.

Craig Wayne Boyd was born and raised in Mesquite, a suburb in Dallas, Texas.  He recalls that music had been in his life since he was born. His dad was a musician and Craig Wayne started playing instruments when he was four years of age, starting with the mandolin.  He was the choir director of his local church and was influenced by gospel and country music. 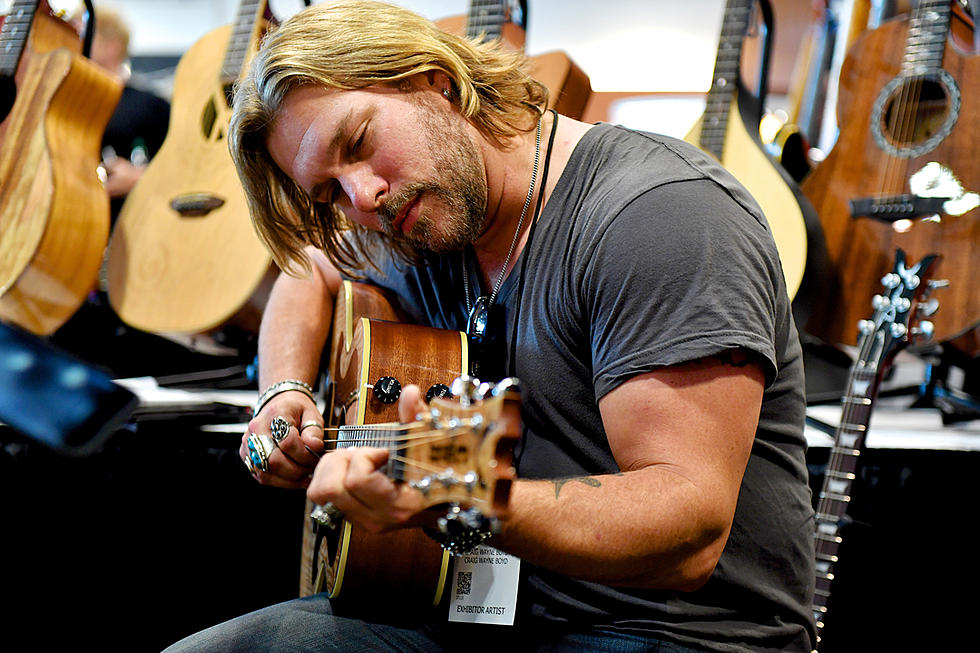 HOW OLD IS CRAIG WAYNE BOYD?

Craig Wayne Boyd was born on the 31st of December 1978. He is currently 41 years and 5 months old. He was born under the astrological sign of Capricorn.

CRAIG WAYNE BOYD BEFORE THE VOICE

In 2004, when Craig Wayne Boyd was 25 years of age, he moved to Nashville to pursue a career in country music. In an interview with Today in Nashville, Craig Wayne reveals that he had been playing gigs and receiving all forms of “no” in the pursuit of his country singing success. He shares that he had pretty much done every single thing he could except join a reality TV show. Craig was initially reluctant to join The Voice because he’d always been a believer of hard work: perform in every honky-tonk bar across the country before making it big.

During his 10 years in Nashville prior to joining ‘The Voice’, Craig Wayne Boyd signed up with EMI and wrote songs for three years. He was part of a vocal group called ‘Southland’, and it was doing fairly well when it dissolved.

Prior to joining The Voice, Craig was on the brink of losing his house and had been down on his luck in Nashville, couch-surfing at a friend’s house with all his belongings in a storage unit. He tells Anchorage Daily News that at that point in his life, everything had fallen apart. He was virtually homeless. “A lot of us have extremes in our lives. I’ve had extreme highs and lows, and I was going though one of those leading up to ‘The Voice’. I was at the bottom.” 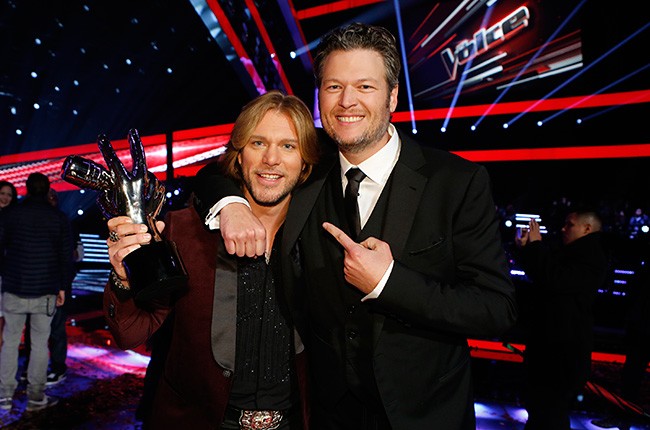 WHEN DID CRAIG WAYNE BOYD WIN THE VOICE?

When Craig received the email asking him to go to Los Angeles to try out for the popular NBC show ‘The Voice’, he was contemplating quitting his band as their gigs were not enough for him. He was also supporting a young son from a previous relationship at the time.

Finally, on the 30th of September 2014, Craig Wayne Boyd debuted on ‘The Voice’ (7th Season). For his Blind Audition, he sang ‘The Whiskey Ain’t Workin’ by Travis Tritt and Marty Stuart. His performance had two coaches, Blake Shelton and Pharell Williams, turn around. Between the two coaches, he chose award-winning country music singer and TV personality Blake Shelton as his coach.

In his journey in ‘The Voice Season 7’, Craig Wayne had a lot of close calls after nearly being sent home twice. He was saved by Gwen Stefani first, and then Blake Shelton. He was also saved by the audience / public votes during top Eight week, which made him advance to the Top Five. One of his most memorable performances was during Live Top 10, when he gave a country ballad rendition to Johnny Cash’s ‘Walk the Line’.

During the semi-finals, Craig Wayne’s coach Blake Shelton chose ‘Workin’ Man Blues’ by Merle Haggard for him to sing. Craig Wayne also sang ‘The Old Rugged Cross’, which eventually made it to iTunes top 10.

For Finals Week, Craig Wayne Boyd performed an original song, ‘My Baby’s Got a Smile on Her Face’. This song was written for Blake Shelton but as the coach, he decided to give it to Craig. This song became Craig Wayne Boyd’s debut single.

On the 16th of December 2014, Craig Wayne Boyd was declared the winner of The Voice season 7.

It wasn’t a smooth-sailing win for Craig but he says that all the ups and downs he’s had with his career in the last 11 years prior to joining The Voice prepared him for that.  It kept him from losing his focus because in his mind, these were just obstacles he had to hurdle, just like as he’d always done before.

When Craig was asked to describe his sound to someone who’s never heard his music before, he says, “It leans country because I am from the South and I’ve got a twang in my voice—I can’t get rid of it. But there’s a lot of gospel and soul influences in my country. Hopefully at the end of the day people just call it good.”

Craig grew up in a Pentacostal home and he attributes his talents and musical ability to that.

WHO IS CRAIG WAYNE BOYD’S WIFE?

Craig Wayne Boyd’s wife is model Taylor Borland. They married in 2016, barely two years after they met. Craig shared that they met two days after he won on ‘The Voice’. After he returned to Nashville, a friend invited him to a red carpet VIP holiday party. Craig recalls, “He said there’s going to be a lot of beautiful women there. I was a single man, so I was like ‘let’s do that’”.

The party’s host was Taylor Borland. They initially endeared each other with small talk, and six months later, they were engaged.

WHERE DOES CRAIG WAYNE BOYD LIVE?

Craig Wayne Boyd and his family live in Nashville, Tennessee. 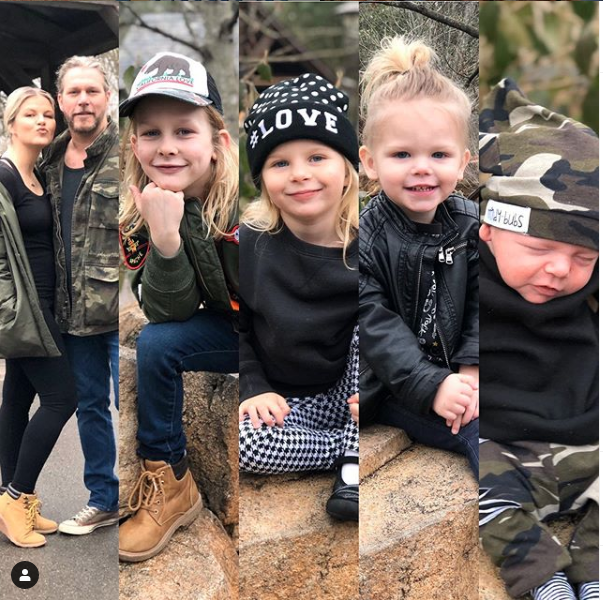 Craig Wayne Boyd is enjoying being a family man to his growing brood. He and his wife Taylor have four children. Jaxon (7), Dakota Lynne (4), Graydon Scott(2), Boston James (6 months). His eldest is his child from a previous relationship. In January of 2020, Craig Wayne and Taylor welcomed their youngest child, Boston James. In this Instagram post, Craig jokingly says of his family of six: “Only two more kids before our Nashville Zoo membership doesn’t cover our whole family.”

CRAIG WAYNE BOYD AFTER THE VOICE

After winning ‘The Voice’ season 7, Craig Wayne Boyd signed with Universal Republic and Dot Records. He also played at the Grand Ole Opry, a weekly American country music stage concert in Nashville, and went on a 65-city concert tour.

In May of 2015, there were talks of Craig Wayne Boyd parting ways with Dot Records. He released one single under them, “My Baby’s Got a Smile on Her Face”, which debuted at #1 on the Billboard Hot Country Songs. The following week, it fell off the chart with a whopping 94% drop in sales.

In this Country Rebel article, Blake Shelton backs Craig saying he doesn’t blame him for the anger/ frustration and agrees that the record deal that happened after the show has not been good.

Craig has released 5 albums in total. His very first is an eponymous album (Craig Boyd) released in 2008 with songs like ‘Crazy White Boy’, ‘Nothing Like a Heartache’ and ‘Some Bridges Don’t Burn’ making up to 10-song track.

In 2013, he released his album ‘I Ain’t No Quitter’ under Long Haul Records. Songs like ‘Blood, Sweat and Beer’, ‘Drivin’ My Life Away’ and ‘Gone to Texas’ are included.

Craig Wayne Boyd’s third album is done after winning The Voice, ‘The Complete Season 7 Collection (The Voice Performance)’, where his popular hit renditions like ‘Some Kind of Wonderful’, ‘Walk the Line’ and ‘Workin’ Man Blues’ make the track.

His next album is released in 2017. Called “Top Shelf”, this is Craig’s first full-length album, and he likens himself to Leonardo da Vinci when asked about the creation process of the album. This album was created three years after his win in ‘The Voice’, and he took plenty of time creating the songs which all have an eclectic sound range from the 70’s , to the 20’s and the blues of the 30’s.

Craig seems to be loving his quiet life in Nashville with his growing family. But he’s also constantly on a country music tour, which will resume in August of 2020. On social media, he describes himself as a “Part-time Singer” and “Full-time Dad”.

HOW CAN I GET IN TOUCH WITH CRAIG WAYNE BOYD?