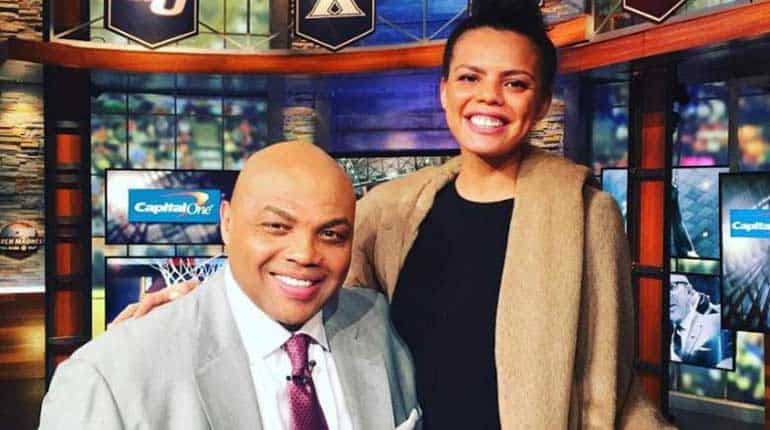 When it comes to basketball, everyone must have heard of Charles Barkley, well this article is not about him, it’s about his daughter, Christiana Barkley.

Her name became a highlight in public after her controversial photos went viral on social media.

We’ll know the truth behind her controversial hot photos. Similarly, we will highlight her short biography too.

You may also like Rachel DeMita: Bio, Boyfriend, Basketball, Career, Car, Net worth

Christiana was born in 1989, the same year when her parents got married. Her mother was pregnant before the marriage.  She is the only child in her family.

Barkley recently graduated with a journalism degree from Columbia University in New York. As far we know, she is a simple woman who doesn’t want to be a celebrity by using her parents’ name.

She is proud of her parents for the things they have achieved in their life. She is a supportive child and also attends several occasions with her parents.

If you search images of Christiana Barkley, then you will find out some of her fascinating pictures.

Here are some of those photos are below that you may want to see which have gone viral around the social media and created a buzz as her name links with an NBA star.

=Some websites claim that these are the actual photos of Christiana, but actually, it is not the truth. According to Ask Kissy, the lady on those photos is not Christiana. As you can see the pictures below, the resemblance is uncanny.

Those are the photos of a woman with a name Villanova on Instagram. She has over 100,000 followers on Instagram.

Therefore, we think the woman in those photos is a booty model of Instagram. She has a prominent resemblance with the daughter of NBA legend Charles Barkley.

So, it could be the only reason many people believe that the lady on those photos is the daughter of Charles Barkley.

As we dig deeper into the controversy, we have found that Christiana Barkley is not a fan of the spotlight and she likes her personal life being secret from the public. So, the controversy is a false rumor done by a random person with her name.

Christiana Barkley is the daughter of NBA legend, Charles Barkley and a celebrity model, Maureen Blumhardt. Charles is one of the 50 Greatest NBA Players of all time who had a successful career in basketball.

On the other hand, Maureen is a former model and an honorable member of the Fresh Start Women’s Foundation. This foundation aims to provide women with “education, resources, and support to positively transform their lives.”

The couple met at a restaurant called City Avenue. Currently, the Barkley family lives in Scottsdale, Arizona, in a mansion that they’ve owned since the late 1990s.

Aged, 29, Christiana Barkley’s exact height and body measurements are yet to come up.

As of 2019, Christiana Barkley is reported to have an estimated net worth of $1 million.

However, her father Charles Barkley has a net value of $40 million, and Maureen Blumhardt has $30 million. Barkley is living a lavish and standard life with her parents.