Home » Biography » Charles Barkley Net Worth: How much is his worth?

Charles Barkley Net Worth: How much is his worth? 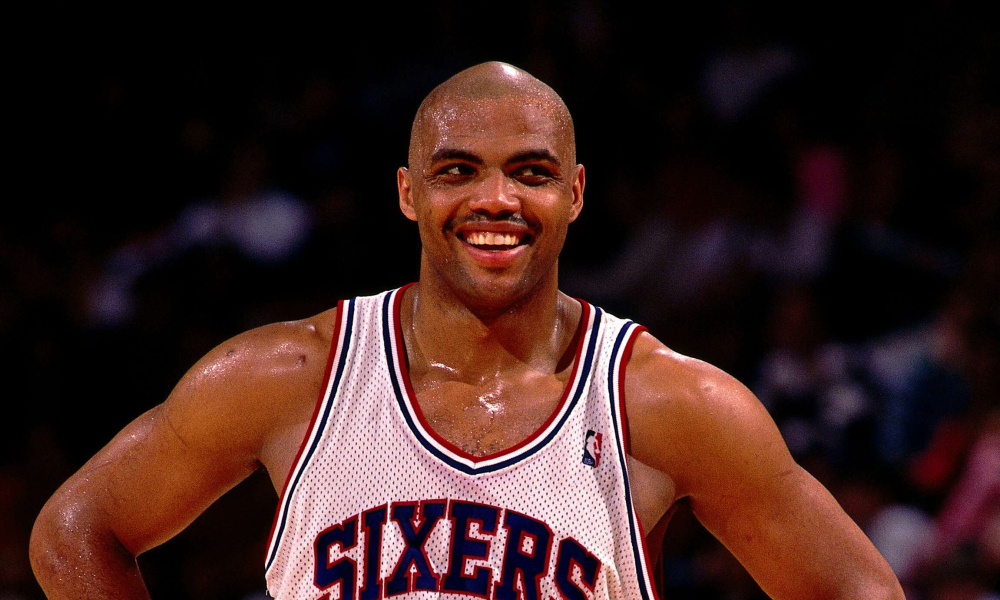 When it comes to basketball, everyone must have heard the name of Charles  Barkley who is one of the greatest basketball players in the history of NBA.

“Just because you say something doesn’t make it controversial, and it doesn’t make you a bad person. We’re not all supposed to think alike, ” said by the former NBA player, Charles Barkley.

Retired NBA player, Charles Barkley was a part of the first-ever U.S. Olympic “Dream Team” and also named as one of the league’s 50 greatest players in 1996.

NBA player, Charles Barkley has a net worth of $40 million.

He earns annually over 10 million from different sources. He earned a salary of $9 million in the year 1999. His net worth is attributed to the brand endorsement deals during his basketball career. He endorsed the big companies like T-Mobile and Mcdonald which paid him a handsome salary for his work.

Charles Barkley has owed a mansion in Scottsdale, Arizona that cost him $2.2 million in 1998 and the actual property records aren’t up to date.

The 4,000 square foot house has 4-bedroom, 3.5-bath has two master suites on the first floor. Outside, its sparkling swimming pool is adjacent to a fully equipped, covered summer kitchen.

He has owned luxury cars such as Lincoln Navigator and Bentley.

As mentioned earlier, he had a bit of a gambling issue where he once blew $2.5 million in six hours at a casino playing blackjack.

Charles Barkley is a retired NBA player and currently, he serves for TNT as an analyst in the show named “Inside the NBA.”

He started his career with Collegiate Basketball for three seasons while studying at Auburn. Despite being heavyweight, he continued his basketball career and cheering fans with several blocked shots and dunk, making his way to become a great player in NBA.

He made himself eligible for the 1984 NBA draft and eventually, Philadelphia 76ers select him as their fifth pick in the first round. The team stocked with a veteran including Julis Erving and Moses Malone.

At the beginning of his professional career, Charles played 82 games, started 60 of those and scored average 14 points and 8.6 rebounds per game and was titled of the NBA All-Rookie Team.

Barkley played eight seasons for Philadelphia and was named the NBA All-Star Game MVP in 1991. The following year, he joined the U.S. “Dream Team” at the Olympics. After he won the gold medal, he was sent to the Phoenix Suns where he received the MVP Award.

Barkley defeated by Micheal Jordan and the Chicago Bulls in six games in the championship round.  For his performance, Barkley achieved the Most Valuable Player accolade in 1993. In October 1993, he cannot play because his legs went numb. After the test, the doctor revealed a back injury.

Then a few days later, he announced that he would retire after the 1993-94 season. However, he decided to play after all and was traded to the Houston Rockets in 1996.

Later Charles Barkley was named one of the NBA’s 50 greatest in a ceremony marking the league’s 50th anniversary. Also, Barkley is a  member of the Naismith Memorial Basketball Hall of Fame.

Career as an Analyst After NBA

Moreover, he hosted Saturday Night Live and was named the first-ever celebrity guest for College GameDay in 2004. He received Sports Emmy Awards for his outstanding performance in 2012.

Besides NBA and TV presenter, he is an author and published his book titled “I May Be Wrong but I Doubt It” in 2002. In his books, he wrote is own experiences, personality, and opinion. It explores a wide range of interests and discusses a variety of controversial topics.

In 2005, he released his another book “Who’s Afraid of a Large Black Man?” If you want to read his books then you can get them on Amazon.

Additionally, Charles is an actor and briefly appeared in the TV series like Suits, Space Jam and Modern Family. He also voices an animated version of himself in “We Bare Bears.”

Read also the another NBA player’s bio and net worth: Michelle Moyer

The former basketball player Charles Barley married his wife, Maureen Blumhardt in 1989. The same year, his wife gave birth to their daughter, Christiana Barkley and as of 2019, she is 30 years old.

Not much is known about his wife and their relationship before marriage. According to sources, the duo met in the City Avenue Restaurant and fell in love at first sight. After that, they exchanged their contacts and began dating.

Now the couple is living happily together and no rumors of their separations.

As a child, Barkley developed HIS interest in basketball and soon he began to demonstrate his potential. He studied at Leeds High School. As a junior, he tried in the varsity team but failed to make, later he was named as a reserve due to his height at % ft 10 in and weighed 220 pounds.

During his senior year, he grew six inches and became a starter in the varsity team. Then he averages 19.1 points and 17.9 rebounds per game and led his team with a 26-3 record to the state of semifinals.

The game was held into Auburn University in 1981 and later was named to Auburn’s All-Century team.

Nick Name: Round Mound of Rebound

We feel sorry that if you are searching for him online then he is not active on any social media. If you want to get the latest updates about him then don’t forget to follow us on Instagram and Facebook.