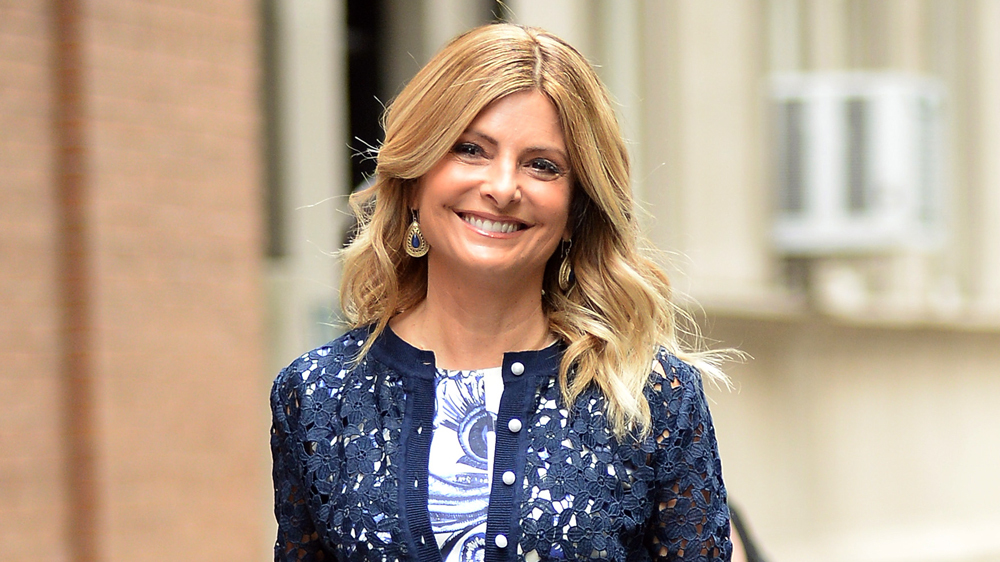 Lisa Bloom is an attorney, a talk show host, and an author. Moreover, she is known as a brilliant lawyer who fights against sexual harassment. In the past, Lisa had associated herself with very high prolific persons.

America’s star, Lisa is one of the successful women, who followed the path of her mother and achieved immense glory and respect throughout the career.

To know more about Lisa Bloom, let’s dig in!

Lisa Bloom was born on September 20, 1961, in Philadelphia, Pennsylvania, United States. Her parents are Peyton Huddleston Bray Jr. and Gloria Bloom, who is an attorney too. Her parents’ marriage was very short. They married and got divorced too soon when they were just in college. Her father, Peyton Bray, suffered from bipolar disorder and he later committed suicide. And later when Lisa was 7, her mother married William C. Allred.

Lisa followed the footsteps of her mother and decided to pursue her career as an attorney herself. Following her dream career, Lisa received a bachelor’s degree from the University of California, Los Angeles, where she graduated Phi Beta Kappa. During her time in University, Lisa was also National College Debate Champion. Later in 1986, she earned Doctor of Jurisprudence degree from Yale Law School.

As of 2019, Lisa is 57 years old. Moreover, she stands at a height of 5 feet 6 inches. Her beautiful dark brown eyes with blonde hair add more stars on her appearance.

Regarding her body statistics, we do not have authentic information about her body size. But, by observing her body figure, she possesses a slim and attractive body. Although she is in her late 50s, she looks stunning.

After her graduation from law school, Lisa Bloom began her career in New York and by 1991 she worked at her mother’s law firm, Allred, Maroko & Goldberg.

Lisa Bloom left her mother’s firm in 2001 and started serving as a legal analyst on CBS News, CNN, HLN, and MSNBC. She appeared on numerous shows such as The Early Show, The Insider, Dr. Phil, Dr. Drew, The Situation Room, Reliable Sources, The Joy Behar Show, Issues with Jane Velez-Mitchell, and The Stephanie Miller Show.

Bloom returned to practicing law in 2010 when she founded the Bloom Firm, a small, general practice law firm that handles family, civil and criminal matters. She is licensed to practice law in both New York and California.

She built her career representing women who have become the victim of male domination, such as,  Bill Cosby, Bill O’Reilly, Rob Kardashian, and Donald Trump.

Bloom received significant media attention after Harvey Weinstein was accused of serial sexual harassment. Weinstein has since been accused of sexual assault and harassment from more than 100 women spanning three decades. Although Bloom is no stranger to the press, it was shocking that she was advising Weinstein of all people. So when she accepted a position counseling the accused rather than the accuser, many women were baffled and hurt.

On October 7, 2017, two days after the initial reports and amid mounting criticism, Bloom stepped down from the team advising Weinstein after reported friction with members of The Weinstein Company‘s board. Bloom later apologized for her role advising Weinstein and called it “a colossal mistake“.

Bloom has written three books, including Think: Straight Talk for Women to Stay Smart in a Dumbed-Down World, from 2011, and Swagger: 10 Urgent Rules for Raising Boys in an Era of Failing Schools, Mass Joblessness, and Thug Culture, from 2012. In early 2017, The Weinstein Company and Jay-Z announced plans to adapt Bloom’s 2014 book, Suspicion Nation: The Inside Story of the Trayvon Martin Injustice and Why We Continue to Repeat It, into a six-part documentary series. The status of the project is unknown following turmoil at the Weinstein Company.

Bloom was also the anchor of Lisa Bloom: Open Court (formerly Bloom and Politan: Open Court), a two-hour live legal news program on truTV‘s In Session, from 2006 to 2009.

Just like her mother Lisa also got married twice. Her former husband is Jim Wong, Los Angeles Unified School District teacher, with whom she got divorced. And later Lisa Bloom got married on December 5, 2014, to her now-husband Branden Pollock, founder of Legal Brand Marketing and now the Bloom Firm’s Firm manager.

Lisa has three kids, two sons and a daughter: two with her ex-husband, Sarah Wong Bloom, and Samuel Wong Bloom and one foster son.

Net worth and house

Lisa Bloom has associated herself in many fields and a very high profile personality. In past her clients were, Janice Dickinson,  Mischa Barton, Blac Chyna, Jehmu Greene, Windy Walsh, and many well-known personalities. So it can be easily guessed that Lisa has earned pretty good money till now.

Also, she hosted her own talk show back in time which was very popular. Moreover, brilliant Lisa Bloom is also an author of three books.

So with all these involvements and sources, Lisa has a net worth of around $5 million.

Currently, Bloom is living a lavish life in her house in Los Angeles with her husband and her foster son.

Lisa is also present in her social media profile.

Some facts about Lisa Bloom are: