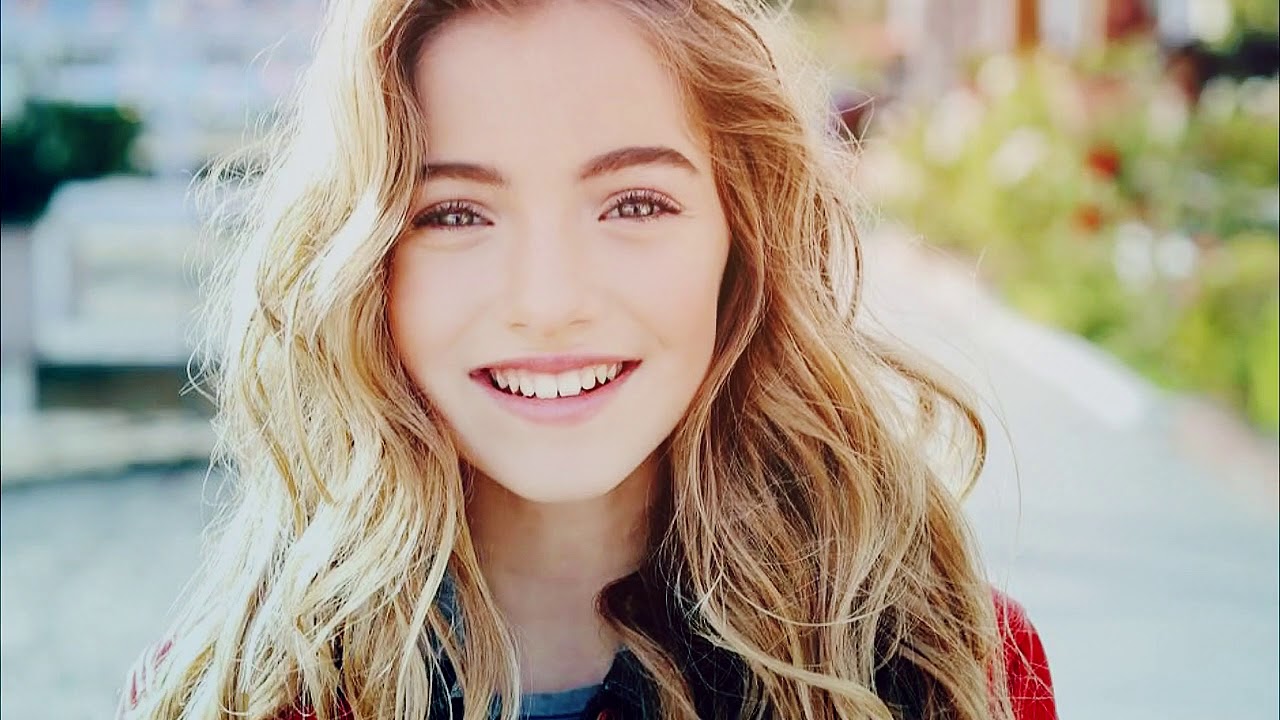 Lauren Orlando is a famous Canadian YouTuber and social media figure. Children of her age tend to play mobile games and show tannery, while, Lauren is busy in making her career.

Lauren, the sensation of social media, got an opportunity to showcase her acting talent in a movie Next Level which is going to be released on September 6, 2019.

You want to know more about Lauren, stick to us!

Lauren Orlando was born on 6th November 2004 to Dale Orlando and Meredith Orlando in Oakville, Ontario, Canada. Her father is a lawyer by profession.  She lives with her parents with her older sisters, Maddie, Darian and an older brother, Johnny Orlando.

Her brother, Johnny, is also a social media personality and a singer who has 3.4 million subscribers on his YouTube channel. He has released several pop songs.

Lauren’s second sister, Darian wrote the songs Summertime and Never Give Up for Johnny. Also, she helps her by making and editing her videos. In fact, her parents have supported her in becoming a YouTube star.

Lauren’s family are living in Los Angeles, the United States since 2015. Lauren and her brother attend a private school for children in the entertainment industry. Even she does acting in Youtube videos, she is a shy girl in her real life. Her nationality is Canadian and is a Caucasian ethnicity.

Lauren began her career in social media at a young age. She featured in her brother’s videos when she was just seven years old. After that, she created her own YouTube channel named ‘Lauren Orlando’ on 22nd March 2013.

Her channel comprises a lot of things like vlogs, challenges, beauty and lifestyle videos, as well as Q&As. She posts her new videos every week. Some of her favorite videos are Say Anything Challenge, Wet Head Challenge; Our Car Got Towed? VLOGMAS, and Mostly Like to Challenge.

Lauren Orlando also collaborated with YouTube fellow Hayden Summerall on a video titled ‘Tin Can Challenge’ in April 2015. Lauren and Hayden Summerall have done several videos together like Messy Trivia Challenge, Boy does My Makeup, and Don’t POP It Challenge.

After she rose to fame, she starred in a couple of movies and TV series — her role as Kate in the TV series Total Eclipse and 2019 film Next Level.

Is Lauren Orlando Dating Anyone?

As of the current research, Lauren is single, and she is too young to get married.

She is not linked up with anyone. At present, she is focusing on her social media career.

Lauren earns a considerable amount of money through her professional career and tours. She has toured with her brother, Johnny in Europe. Lauren appeared at The Masquerade Atlanta on 7 July 2017.

Her net worth is not revealed to the public yet. According to Social Blade, she makes an average of $250-$4k monthly and annually $3k-$47.9k from her vlogging channel.

Despite her videos, she earns extra income from her clothing line, which sells t-shirts, hoodies, and sweatpants.

Fifteen years old, a social influencer has an average height of 5 feet 5 inches and beautiful personality. Her body types are curvaceous. She has gorgeous hazel eyes and light brown hair.

Lauren Orlando is pretty active on various social platforms and successfully garnered millions of followers. She has amassed over 4.2 million fans followers on Instagram, her Twitter account has 397k followers, and her Youtube channel has more than 1.5 million subscribers.

She posts pictures with her friends, family, and her travel on her social pages. Laren has an excellent sense of style and rocked in denim.