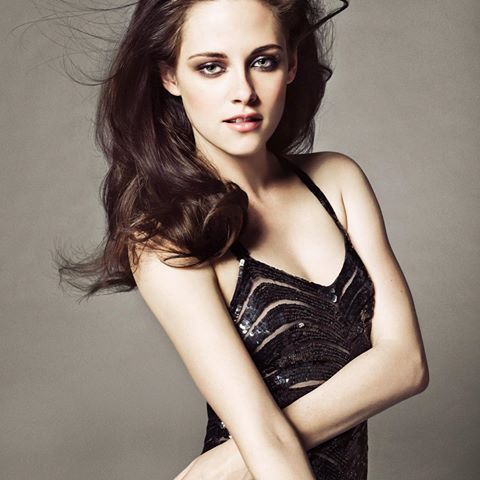 Kristen is an American actress and director who is famous for the lead role as Bella Swan in The Twilight Saga movies sequel. In fact, by her incredible talent in acting, she became able to garner many awards throughout her career. Her work on Twilight movies established her as one of the highest-paid actresses in Hollywood industry.

Furthermore, she appeared in several movies like Snow White and The Huntsman, Personal Shopper, and also acted in a short film, Come Swim.

Wanna know more about Kristen in detail, stay with us!

Kristen Stewart was born on 9 April 1990 in Los Angeles. Both of her parents work in the entertainment industry. Kristen’s father, John Stewart is a stage manager and television producer, whereas her mother Jules Mann Stewart is a script supervisor. Jules has directed the film K-11 in 2012. Moreover, Kristen has an older brother, Cameron B. Stewart and two adopted brothers named Danna and Taylor.

Stewart attended local school until seven grade. At the age of nine, she got involved in acting. Kristen continued her education by correspondence until completing high school.

According to Celebrity Net Worth, Kristen Stewart holds a net worth of $70 million. Mainly, she collects her income from acting in the films and TV shows. She gathers more than $25 million per year.

In fact, she was listed on Hollywood top Earners list on 2010 by Vanity Fair. Back in 2010, her estimated net worth was $28.5 million. Last year, she was also listed in Forbes Holywood’s best actors for the Buck. Forbes named her the highest-paid actress in Hollywood with $34.5 million.

Stewart’s role as a Bella Swan in The Twilight received huge appreciations along with abundant prosperity. The superhit movie became successful in collecting over $3 billion worldwide.

The Twilight movie which directed by Catherine Hardwicke was released on 21 November in 2008 and grossed over $408.9 million worldwide. In 2008, she ranked at 17 on Entertainment Weekly “30 Under 30” in the actress list.

Then the second part, The Twilight Saga: New Moon directed by Chris Weitz, released on 29 November 2009 and earned $72.7 million on its opening day and grossed $709 million worldwide.

Likewise, the third part The Twilight Saga: Eclipse was directed by David Slade and released on June 30, 2010. The Melissa Rosenberg wrote the first, second and third series of The Twilight movie.

Kristen began her acting career in Hollywood industry at the age of eight. She grew up with a family who worked behind the screen. Since her childhood, she has a huge interest in acting and used to perform in school programs. Her journey was started in Hollywood her early age; she was selected for the first role with a small in the Disney Channel TV-movie, The Thirteenth Year.

For the first time, she made her debut in the movie Panic Room which helped her to achieve a Young Artist Award nomination and got recognization.

After Panic Room’s success, she did various films like Cold Creek Manor, Catch That Kid, Undertow, Fierce People, Zathura: A Space Adventure and several others. At the age of 14, she starred in the Lifetime/Showtime television film Speak in 2004.

In 2008, she played a prominent role in the Twilight movie co-working with Robert Pattinson. The film focused on the development of the relationship between a vampire and a human.

Besides acting career, Kristen earns a hefty amount of money through endorsement deals. On 11 December 2013, Channel announced Stewart as its New face for a Western-inspired fashion collection. In 2014, she worked for Balenciaga and launched a new fragrance, Rosabotanica.

In 2012, she was offered an endorsement deal by Nike. Also, she wore Nike trainers on the red carpet, but she didn’t sign the contract.

As she arrived at a private party in West Hollywood, Kristen explored the Chanel Beauty House, and she said: “Everything they make tells a story.”

She added, “The team at Chanel that puts the makeup together, they sit and theorize and think of the stories that they want to tell through makeup.”

Kristen had a long relationship with the French Fashion House and sang the praises of Chanel’s Global Creative Makeup and Color Designs.

Kristen said, “Lucia Pica is the most talented person I’ve ever met. She designs most of the makeup at Chanel. She’s this intrinsic, natural artist. She’s truly instinctive in the way that she approaches things.”

Actress Kristen holds 19-century architectural building ‘NYC Fixer-Upper artist’s loft’ in lower Manhattan. Then, she purchased a home of the 3,000 square feet with three bedrooms, two bathrooms for $5.6 million in 2017.

She first owned her house in 2012 in Los Angels, California which wroth of around $6 million. The home has five bedrooms, five bathrooms, a spa, a pool, and a home theatre.

At her 29 years, she already has three homes in Los Angeles. At present, she purchases a gigantic real estate, which is marvelously constructed.

Moving on to Kristen’s cars, she has an exclusive cars collection. She has Mini Cooper S, GMC Yukon, Ford Edge, Isuzu Trooper, Volkswagen Jetta, Dodge Magnum, and Tacoma. At the beginning of her career, she started her journey with a Tacoma. Her top branded Min Cooper S and Dodge Magnum hold a price of $20 and $35 thousand respectively.

After Kristen and Robert broke up in 2012, the couple again in touch with each other. Kisten Stewart and Robert Pattinson spotted on the reunion together in Los Angeles. It is reported that Robert Pattinson wants to bond again with Kristen. But, both are still great friends, and they don’t need any excuses to reconnect.

Co-star of Twilight, Kristen Stewart, and Robert Pattinson met each other on the set of Twilight in 2008. Then, they started dating each other. Woefully, the couple broke in July 2012. Before Robert, she previously dated her Speak co-star Michael Angarano.

After they separated, she was photographed with her Snow White and The Huntsman’s director Rupert Sanders who is nineteen years older than her and married at the time. Kristen had an affair with Sanders for a short time.

Kristen dated producer Alicia Cargile. She had an on and off relationship with Alicia from 2014 to 2016. Then Stewart dated French Singer Soko for few months in 2016. After that, Kristen and St. Vincent dated shortly in 2016.

In 2016, there was a rumor that she might be hooking up with Equals co-star Nicholas Hoult.

In 2017, Kristen talked about her sexuality and spotted with her girlfriend in the public. Stewart dated both men and women and admitted that she is bisexual.

In an interview with The Guardian, she declared that she was bisexual and said,

“You are not confused if you’re bisexual. It’s not confusing at all. For me, it’s quite the opposite.”

In 2017, she clearly stated that she was open to dating men again, saying, “I want to try everything.”

She shares her active presence on social media as well.