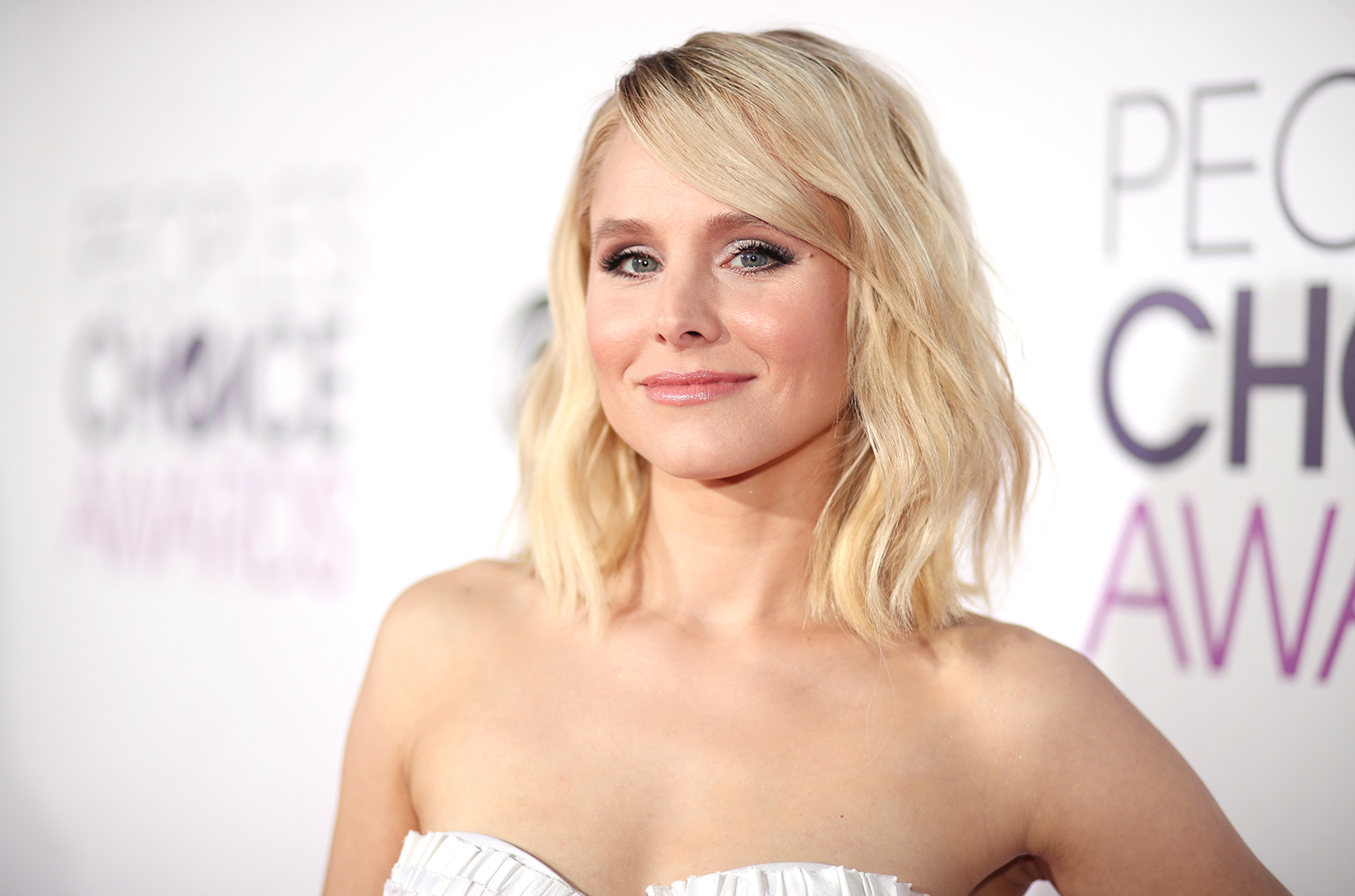 An American actress Kristen Bell had a resume by the time she was twenty-four years old.  While she was in college, she starred on Broadway and had several movie credits under her belt in the early 2000s.

Bell is a famous American actress who lent her voice for the blockbuster animated Disney’s movie ‘Frozen’ as Anna. Kristen secretly got married to actor Dax Shepard in 2013. She won Alliance of Women Film Journalists for Best Animated Female in 2013.

Wanna know more about her, let’s dig in!

Who Is Kristen Bell?

Kristen Anne Bell was born on July 18, 1980, to Lorelei Frygier and Tom Bell in Huntington Woods, Michigan where she grew up. Her mother is a registered nurse and father served as director for CBS Television, and also an actor.

Her parents divorced when she was just two years old. Later her father remarried.

She has six siblings, two step-sisters, Sara and Jody from her father second marriage and two half-sisters, Megan and Laura and two half-brothers, Matt, John from her mother. She holds an American nationality and belongs to Irish ethnicity.

Her parents pulled out her from the public school system and went to Shrine Catholic High School where she took part in music club and drama.

During her school, she appeared in Fiddler on the Roof, Lady Be Good, and Li’l Abner, and in the school’s production of The Wizard of Oz as Dorothy Gale. In 1998, Kristen was named the yearbook’s Best Looking Girl.

After her high school graduation, she moved to New York City to join the New York University’s Tisch School of the Arts to major in Musical Theater.

By the age of 13, Kristen Bell has secured his career in the entertainment industry. She has appeared on many Newspaper ads and television commercial and began private acting class. In 1998, she appeared in an uncredited role in the movie Polish Wedding.

In 2002, Kristen Bell was cast in a Broadway production of Arthur Miller’s The Crucible along with Liam Neeson and Laura Linney. That same year, she moved to Los Angeles from Michigan and made her guest appearances in few television shows.

In 2004, Bell made her film debut as Laura Newton in Spartan along with Val Kimmer and also starred on HBO’s drama Deadwood. After that, she landed the lead role on the TV show Veronica Mars which runs for 64 episodes.

She reprised her role in Reefer Madness: The Movie Musical as Mary Lane. Kristen appeared in small films such as Deepwater, Fifty Pills, and Pulse. Bell was cast as Elle Bishop in the series ‘Heroes.’

She voiced the character of Marybelle in the animated movie Sheepish and provided the voice for Cora in Astro Boy.

Bell starred with Mega Rayn in the film Serious Moonlight and Couples Retreat with Jason Bateman. Likewise, in 2011, she briefly appeared in the movie Scream 4and voiced as Mary Magdalene in the 22-hour audio, The Truth & Life Dramatized Audio, New Testament Bible. Then, in 2012, she starred in Big Miracle, House of Lies and The Lifeguard. Kristen Bell appeared in several TV series like The Disaster Artist, CHiPs, How to Be a Latin Lover, and My Houzz in 2017.

Bell’s appearance in Sia’s music video Santa’s Coming For Us was very much appreciated. Moreover, talented Bell showed her incredible work as a host in a web series Momsplaining with Kristen Bell where she gave tips about motherhood.

Later, Bell made her appearance in the Netflix comedy-drama film Like Father. After that, she reprised her voice for Teen Titans Go! To the Movies as Jade Wilson and Ralph Breaks the Internet as a Princess Anna.

At present, Bell is reprising her voice role as a Princess Anna in a video game, Kingdom Hearts III. In fact, she is returning soon in the upcoming sequel, Frozen 2 which is releasing on November 22, 2019.

Moreover, Bell will reprise her voice in an animated musical comedy series  Central Park as a main character in the Apple TV+. Also, she will be seen as a host and executive producer on the Disney+ docuseries Encore.

Kristen Bell ended her five years of relationship with her ex-fiance, Kevin Mann. She began dating Kevin from 2002 and split up in 2007.

In late 2007, Bell started dating actor Dax Shepard who is from Detroit. After dating each other for three years, the couple announced their engagement in January 2010 and got married on 17 October 2013.

Her daughter Lincoln is six years old, and Delta is four years old now. She shared a picture of her daughter’s first day of kindergarten with a caption on her Instagram.

Kristen Bell has won several awards and nominations throughout her career. In 2005, Kristen won the Satellite Award for Outstanding Actress.

Then she won Saturn Awards for Best Actress on television in 2006. She got nominated in several awards such as Gotham Awards, Tenn Choice Awards, TCA Awards, Scream Awards, MTV Movie Awards and many more.

How Much Is Kristen Bell’s Net Worth?

Kristen Bell earns an enormous amount of money through a professional career. She has a higher net worth than her husband, Dax Shepard. However, her husband has a net worth of 12 million.

Kristen makes a handsome amount of money from her movies and television series. Her biggest blockbuster to date would probably have to be Frozen in which she voiced the lead character of Anna.

Frozen is one of the highest-grossing animated movies of all the time. The film grossed $1.3 billion worldwide box office. Moreover, she has recorded the chart-topping singles such as Do You Want to Build a Snowman and Love is an Open Door.

Besides that, she has also launched her fashion line named Kristen Bell Seduction. Furthermore, she has released her brand of Vodka and perfume.

Kristen Bell is a Philanthropist and has done many charity works. She along with comedian-actor Rashida Jones has done a campaign for Barack Obama in the 2008 United States presidential election.

She has been involved in many charitable works such as Invisible Children Inc, Helen Woodward Animal Center, and Prevention of Cruelty to Animals.

Kristen Bell and Dax Shepard bought a beautiful home in Los Feliz for $4.3 million. The house built in 1992 in the 4,050 square foot and has four bedrooms, 4 and a half bathrooms.

The home includes a formal living room, dining room, library, and a breakfast room. French doors and picture windows take in gardens and grounds, which include a swimming pool and a carriage house/garage.