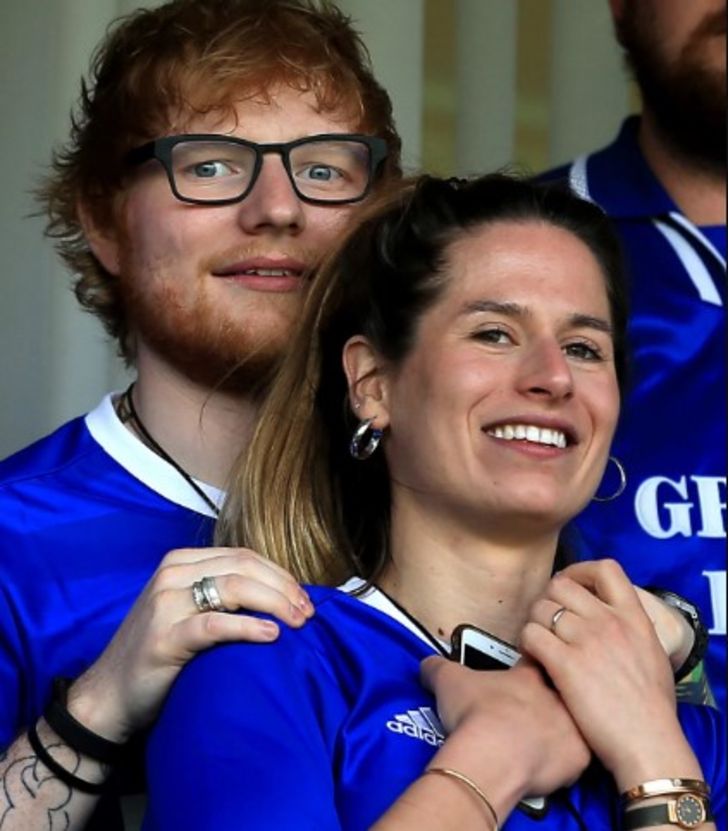 Have you heard the name of Cherry Seaborn – British hockey player, wife of the English singer, Ed Sheeran? Recently, on July 2019, Ed Sheeran confirmed that he is married to his wife Cherry Seaborn in the earlier. The couple has been together for five years.

Today, in this article, we are learning about Cherry Seaborn. To Know more keep scrolling down.

Who is Cherry Seaborn?

Cherry Seabron was born on May 6, 1992, in Suffolk, United Kingdom. She attended Thomas Mills High School in Framlingham, Suffolk.

Then she went on to Duke University that located in Durham where she studied molecular biology and graduated in 2013 before moving to North Carolina. While Cherry was in Durham, she played hockey and led her team to two consecutive runner-up finishes. In addition, she won the British University championship in 2012 and 2013 respectively.

Well, Cherry Seaborn and Ed Sheeran both are married and has been living happily together.

So, you might be thinking when the couple got hitched? If you don’t know then let us help you.

Ed Sheeran, English singer-turned-actor, 28, has been linked up with many beautiful ladies but one thing, he always knew that Cherry is the one.

In an interview with Charlamagne Tha God on July 12, 2019, Cherry’s husband, Ed revealed that they were married and their wedding took place before Christmas 2018 in front of family and friends. On January 20, 2018, Ed surprised his fans by announcing his engagement to his long-term girlfriend.

The Perfect singer shared a snap of them, stating that they have engaged and captioned it,

“Got myself a fiancé just before new year. We are very happy and in love, and our cats are chuffed as well xx.”

Got myself a fiancé just before new year. We are very happy and in love, and our cats are chuffed as well xx

Cherry and Ed know each other since an early teen but they didn’t start dating until invited her to Taylor Swift‘s Fourth of July party in 2015. The English singer has revealed vis Instagram post that he proposed to Cherry in 2017 Christmas holidays.

In February 2018, The Sun revealed that Ed and Cheery got married secretly in their hometown.

How Did Cherry and Ed Sheeran Met?

Cherry and husband, Ed Sheeran met each other for the first at Thomas Mills in Suffolk, England where they both studied together. Then the two departed as she enrolled to the university to earned her bachelor degree while Sheeran dropped out of the school to make his career in music.

They have been in a long-distance relationship in 2016 and Cherry decided to move back to from the UK to the US to be with him.

What does Cherry Seaborn do?

Cherry Seaborn is a hockey player. While studying in the USA, Cherry impressed her peers with her hockey talent. As per Duke website, Seaborn said, since her high school, she always want to study in the USA and even looked after different schools that were good on both academically and hockey.

Grace VanderWaal: How Much Does The AGT Season 11 Winner’s Net Worth?>>

After graduation, Cherry returned back to England and now working as an Advisory Consultant at Deloitte & Touche LLP in New York.

There is no doubt that Cherry Seaborn makes quite a good amount of money from her profession as well as jockey player. Cherry’s net worth is still under the wrap. According to some sources, she has an estimated net worth between $100k-$1 million.

Furthermore, Ed Sheeran has a net worth of $110 million that accumulated mostly from his music sales, tours and promoting brands.

Talking about her social appearance, Cherry is not active on any social media platforms.