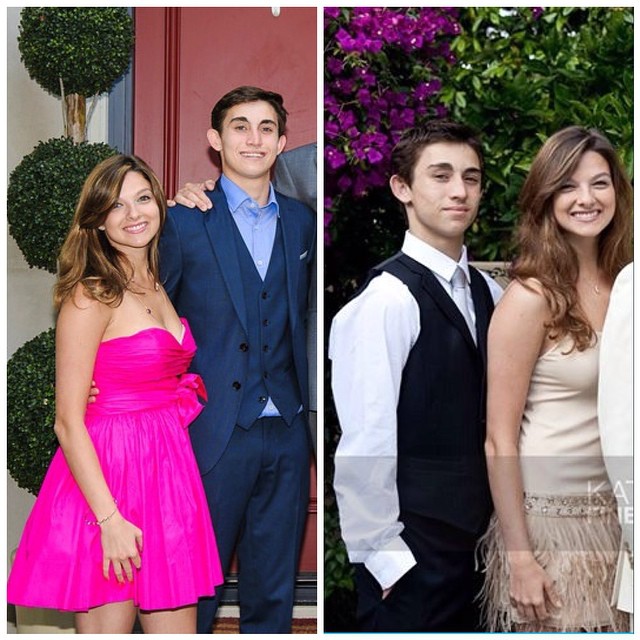 If you are unfamiliar with the name Belfort, then you might have seen the movie “The Wolf of Wall Street.” The biography movie released in 2013, starred by the famous actor Leonardo Dicaprio as Jordan Belfort, portrays the rise and fall to the stock market mogul. But, less you’ve heard about Chandler Belfort who is the daughter of Jordan Belfort.

You might be wondering who is Chandler Belfort, what does she do? To clear out your queries we’ve gathered everything you need to know about Chandler Belfort. Also, find out who is her boyfriend including her career and net worth!

Although Chandler official date of birth is unknown it is known that she lives with her mother and step-father, John Macaluso along with three stepsisters and a brother, Carter.

As of now, Chandler Belfort is claimed to be 25 years of age.

Chandler with her family resides in Allentown, Penn. She works at NewYork State Psychiatric Institute. She previously worked at Social Cognition and Imagination Lab as a Research Assistant.

Her parents, Jordan and Nadine married in 1991 in the Carribean. Chandler’s father was still married to his former wife, Denise Lombardo when he met her mother.

Nadine was in her 20s when she was first introduced to Belfort by her then-boyfriend, Alan Wilzig. The pair started dating and married after the divorce of Jordan with Denise Lombardo.

After a few years later, Jordan and Nadine’s marriage turned into a mess. Jordan then began the fraud business and got involved with multiple women. Just like in the movie “The Wolf of Wall Street”.

After the incident, Nadine was forced to check Jordan into the rehab. The couple ended their 14 years of marriage in 2005.

Chandler’s father Jordon Belfort is an American author, motivational speaker, and a former stockbroker. Currently, he is living with his fiancee, Anna Koppe in California.

Jordan and Koppe have been together since 2008. In 1999, he was pleaded guilty to fraud, stock market manipulation and running from a boiler room as a part of a penny-stock scam.

He was sentenced to prison for four years in 2003. But he served only 22 months. He made an agreement that if he gave the testimony against his numerous partner, then he would be released from the jail.

After the divorce with Jordan, her mother, Nadine got married to the former CEO of Wizard World. The entrepreneur is the New-York, business tycoon, John Macaluso.

Chandler has a brother named, Carter who is living in Gold Coast Lair. Carter studies Bachelor of Business. She also has three step-sisters, Frankie, Nicky, and Allie.

Jordan Belfort has a net worth of $100 million.

Like, brother Carter, Chandler Belfort is also not available on major social media sites. We’d love to inform you as soon as she’s available. So, stay tuned!