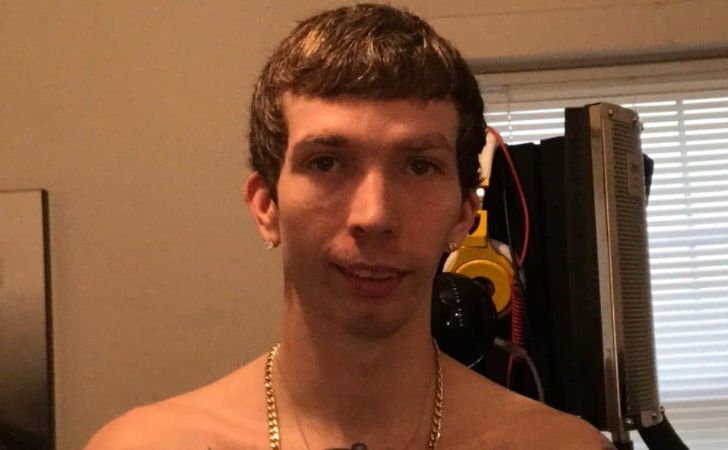 Famous for his rap song ‘Gratata’ Bryan Silva, is a social star, bodybuilder, and rapper whose brash style led to Vine and YouTube fame. His popularity led to a broader discovery of his previous work in the adult film industry. In 2016, he was sentenced to six years in prison for firearms and contempt of court charges, although more than four years of the sentence were suspended.

Besides, the convicted criminal is an adult film actor, gay for pay-bodybuilder, an aspiring rapper, and vine personality.

This is an article prepared to know everything about Bryan Silva, so let’s dig in, shall we?

Here are some facts you need to know about him first before knowing about his life.

Is Bryan Silva Married or Dating Someone? Or is he Gay?

About his dating life and relationship status, Bryan Silva walked down an aisle with Instagram model Lissy Silva. Also, he dated her from 2016.

Eventually, Byran created headlines with her too by pointing a gun on her head once.

Who would have thought an essential street musician would eventually end up having millions of fans and support? In fact, one of the primary reasons behind people admiring Silva is he stays true to his belief and doesn’t care about his haters.

Bryan Silva was born in 2nd January 1991 in Florida, USA.

Initially, Bryan didn’t spend a normal childhood like every other kid.

In 2005, the 28 years old bodybuilder Bryan ended up in prison for three years as a result of an alleged assault and breaking. In an interview with Complex, he said he got into bodybuilding in jail.

He also attacked his school principal. Bryan later got his GED at an age 16 while he was still locked up. He also has an older sibling named Philip.

As he claims, his career started as a street trained musician while he was 8. He gained a lot of attention through his vines. However, as Vines shutdown, he focused more on his singing career.

One of his most viewed vines gained the most remakes where he yelled ‘Gratata’ while flexing off his muscles.

In addition to being a social media sensation, Brian is also a singer, and in 2014 he released numerous songs, including “Scary Site”, “Tony,” “Money and Finesse,” “She Call,” “Swag Like Bryan“ and “Swaggin.”

Having a lot on his plate in the following year, Bryan released songs such as “Trappin”, “Spraying“ and “Foreign.”

Later he decided to strengthen his bodybuilding skills and end up getting famous despite not having a vast and bulky body.

He also tweeted that just for showing out the male reproductive part; he got paid a considerable sum of $7,000.

Bryan silva is a living example of the quote ‘Hard work pays off.’ Despite the hate, he receives for doing what he does and people questioning his worth, he continues to hustle and make a living out of it.

As of now, Bryan Silva net worth is around $1 million, but the approximate figures are still under study.

Since he has millions of fans who look up to him and want to know about this closer life, he is naturally active on Instagram and posts frequently to give his fans on what he’s up to and where is he?

He has Twitter with 50k followers and Instagram with 29.2k followers, which is private but still manages to influence a bunch of people.

Also, he also endorses his product on social media.