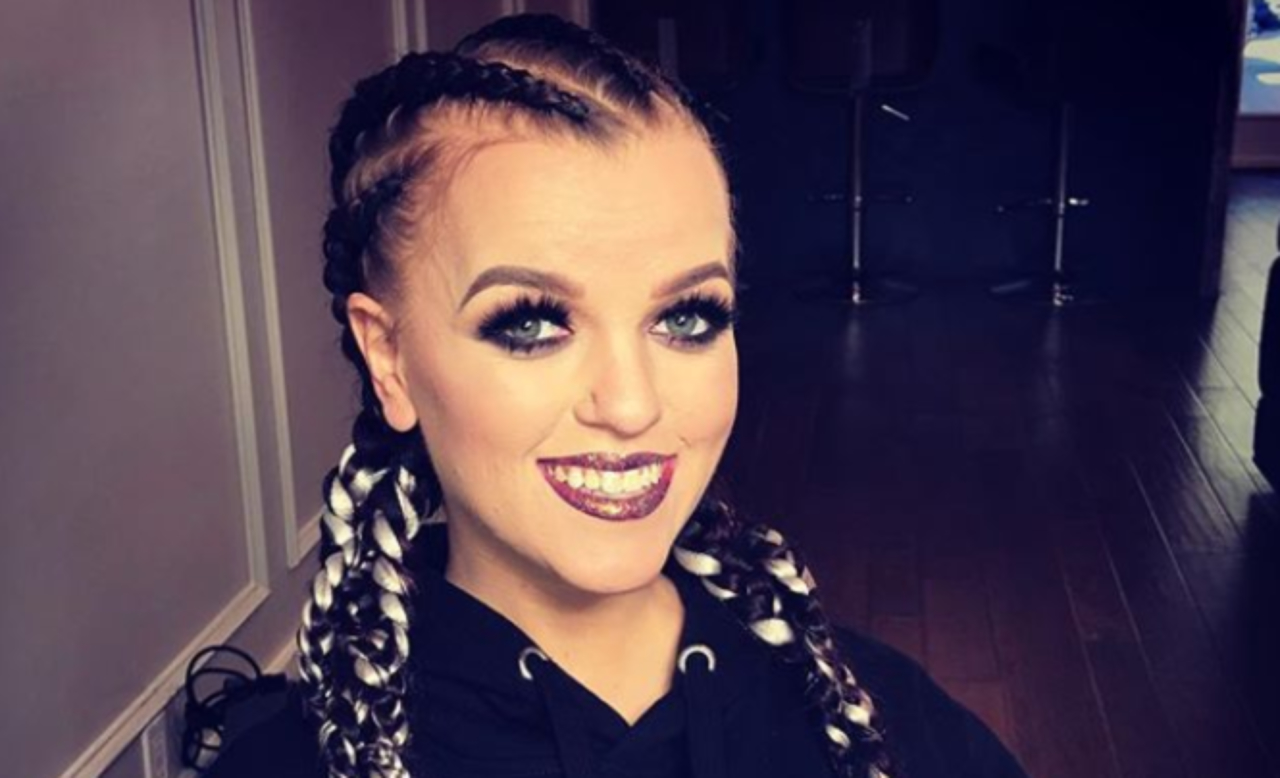 She comes into the limelight after debuting in a popular tv series Little Women. Moreover, stunning Bri is also making her career through music.

Brianna Lyn Barlup was born on April 20, 1992, in Dover, Penselvyinna, United States. She was born to her parents Christopher L. Barlup, and her mother name is unknown to the media.

Unfortunately, she lost her beloved father in a car accident, when she was just nine years old. Talking about her siblings, she a brother, Justin Barlup.

Talking about her dwarfism, she is Achondroplasia. Bri Barlup is a 27-year-old woman. Her height is 3 feet and 11 inches.

But, we do not have information about her body statistics.

Little Women: Atlanta is an American reality television series that came in television for the first time on Lifetime on January 27, 2016. This series centers the lives of a group of little women who lives in Atlanta, Georgia. It is actually a spin-off of Little Women: LA.

Its first season main casts were: Bri Barlup, Ashely Ross, Emily Fernandez, Tiffany Cashette and the Salinas Twins. Sherlene Pearson was in the recurring cast. The second season of the series followed the same cast in the main along with Shirlene Pearson and was premiered on July 13, 2016. In the recurring role,  Melissa Hancock and the Drummond Twins whereas Samantha Ortiz was seen as a guest appearance.

In the third season, Bri and Emily made a departure from the series and is currently performing on Little Women: Dallas. However, Bri made a post on Instagram saying that she will return in Little Women: Atlanta in its fifth season.

Little Women: Dallas debuted on Lifetime on November 2, 2016. It is also one of the spin-off series of Little Women: LA franchise. It centers the lives of little women living in Dallas, Texas.

The series has three seasons, Bri has been one of the main casts of the series since its first season.

Bri Barlup came into fame after starring in Little Women franchise. But before her days in television, she used to work as a club dancer with Emily Fernandez, her best friend as well as the fellow cast member. Bri and Emily have been friends for a really long period of time and see each other as family.

Besides a dancer, Bri Barlup is also a singer and has associated herself in several songs. She and Emily were featured in the music video of, Da Wop by rapper Lil Chuckee. Then, Bri adopted a stage name as Leftcheek and her best friend Emily went as Rightcheek and together they performed as a duo with a name The Cheeks.

Also, she has her own YouTube channel OFFICIALLCRC with over 188k subscribers, along with Emily. Together they released four singles in 2017, Poppin’ Bottles, Gettin Rich, HD, and Run That Check. In fact, they released the music video of Poppin’ Bottles on August 2017 and subsequently others.

On May 24, 2019, Bri and Emily released their new song titled Project X with Tiny Twins. After around 15 days, they posted their song on YouTube channel and received huge appreciation.

Bri is a mother to two kids and both of them are sons, Malik, and Karter. Malik is her firstborn who is about five years old and the youngest Karter is just one year. Her son Malik also has the same dwarfism as Bri which is Achondroplasia.

When Bri Barlup got pregnant with her second child, question was raised about who is the father, but later Bri revealed that both of her child’s father is Robert “Wooda” Bowen.

Robert “Wooda” Bowen is a local rapper and quite famous too. He is also known as Ratchetasswoods. Bri and Robert were never actually in the relationship although they have known each other for more than five years. They tried to form their relationship as they were parents but they couldn’t. But still, for the sake of their son, Malik, they tried to co-parent him and even lived together.

After Bri moved to Dallas from Atlanta with her son and Robert, Rober left them. He left them in order to make his career in music as he has signed to a record label. Then Robert returned in Dallas on the Season two reunion of Little Women: Dallas.

Robert said that he was never out of the picture with Bri Barlup, even she dated another man for some period of time. He also said that he just wasn’t ready to establish any kind of relationship with her at that moment.

Bri Barlup dated a guy named Jamarcus for some period of time in the mid of 2017.

Bri Barlup was one of the main casts in season one and two of Little Women: Atlanta, from which she garnered abundant prosperity in her life. At present, it is estimated that her salary per episode is around $2,000.

Additionally, she makes her income from different shows, interviews, and her YouTube channel is on rising too. Also, she has her music career by her side. Although she hasn’t made big in music, let us hope she will.