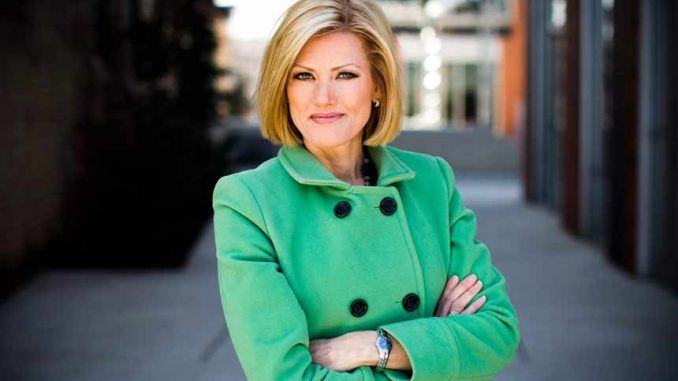 Cecily Tynan has been 6ABC and WPVI-TV’s broadcast meteorologist for 23 years. Find out her annual salary, net worth, lifestyle and career highlights

Broadcast TV Meteorologist Cecily Tynan has been forecasting weather for WPVI-TV since 1996. This athletic, award-winning, career woman is not just a great role model but also belongs to a rare breed of individuals that hone their passion, become the best in their industry and stay with it for decades.

Cecily Tynan shows us that it is possible to have a successful career, be physically fit, be a public figure but still live a relatively private and quiet life.

WHAT IS CECILY TYNAN’S SALARY?

Living with her husband, 2 kids and 3 dogs, Cecily Tynan seems to have a typical suburban American home. She also appears to have a fairly ‘normal’ lifestyle of having a job, caring for her kids and pets, and being active and running outdoors several times a week. Her colleague, anchor Adam Joseph reveals he has dropped by her house where she was seen making beer can chicken.

Cecily Tynan seems to carry a comfortable but modest lifestyle that is not extravagant by any means. A 6-bedroom house in Philadelphia sells between $ 530,000 to $1.6 Million.

Cecily Tynan was born Cecily Joan Tynan. She was named after an uncle from England named Cecil, and Cecily says her parents just added the “y”. Unique as her name may be, she says that she has met other Cecilys, including some named after her.

HOW OLD IS CECILY TYNAN?

Cecily Tynan was born on the 19th of March 1969, which makes her 51 years old at the time of writing. She was born under the astrological sign of Pisces.

HOW TALL IS CECILY TYNAN?

WHERE DOES CECILY TYNAN LIVE?

WHO IS CECILY TYNAN MARRIED TO?

Cecily Tynan has been married to Greg Watson since 2005. She was previously married to Michael Badger. She and Greg Watson have two children together.

Talking to RealWoman online, Cecily vividly recalls the day she knew she wanted work in broadcasting. On January 28, 1986, the NASA shuttle orbiter mission STS-51-L exploded during its flight, killing all 5 NASA astronauts on board. Then 17 years of age, Cecily remembers watching CBS news anchor Dan Rather relay and provide information across millions of people watching nationwide. Cecily says, “I remember thinking, ‘Man, what an important service he’s doing right now, letting the people know what’s going on’ that’s when I decided I wanted to be on TV.”

She recalls her father discouraging her saying, “You don’t want to do that. Very few people can make it.” And to that she said, “Well, I’m just gonna be one of those people”.

Cecily’s first official experience in the field was when she interned at WDBJ, the local news weather and sports station in Roanoke, Virginia, where she also took a job as a weekend reporter. Cecily admits that during her internship, she “got a little lazy and I started covering festivals and things instead of taking more important stories.”

When a position for a Business Reporter opened, she expressed her interest and her news director bluntly told her that there’s no way they would consider her for the position as she seems to have lost that ‘spark’ that they saw in her in the beginning.

While this hearing this was devastating, Cecily considers this wake-up call to be “the best thing ever that happened to my career.”

That call gave her a renewed drive and led her to discover her passion in meteorology when a position opened for a weekend weathercaster and she landed the job.

Of meteorology, Cecily Tynan says, “I loved the fact that the weather was one part of the newscast that was going to affect everybody’s life. I like the challenge of meteorology. I love storms and trying to figure out what’s going to happen.” 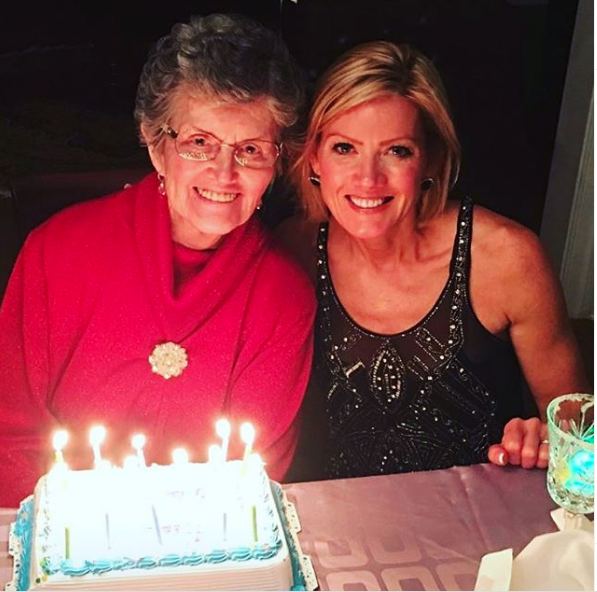 Though her parents are unnamed, Cecily mentions that in the beginning, her father was not too encouraging about her wanting a career in television, saying that only few people ever make it. Clearly, this served as a challenge for Cecily, who’s been working in television now for over 20 years.

She recently posted this photograph of her and her mother as she reminisced about their joint birthday celebration. Their birthdays are a day apart. She also regularly posts photos of her mother on her social media pages.

Cecily was born with a congenital hip defect that was discovered soon after she started walking. Doctors suggested ballet classes to help her regain form. This made her at one point in her life want to become a ballerina. But when her dance company went to Russia for a tour, her parents did not allow her to go as they didn’t want her to miss school.

In order to pass the time and to keep herself occupied, she tried out for the track team while her dance company was in Russia. It was this moment that she said goodbye to ballet and hello to a new passion in sports.

Sports has been a major part of Cecily Tynan’s life. She is a triathlete and frequently runs marathons. Her profile bio for 6ABC says that she is a four-time sub 3-hour marathoner, former world-class professional duathlete and a top ten age group finisher at the 2003 Ironman World Championships in Kona, Hawaii.

In 2017, Cecily announced that she is temporarily taking a break from racing in order to focus caring for her two growing children.  She is not done running though. She still runs regularly, about 5 to 6 times a week, and sharing her runs and workouts on her social media.

As a message for Women’s Month in March of 2020, Cecily says, “Why don’t we use social media, and life in general, to try to lift other women up instead of tearing them down? There’s so many things happening that are kind of against women that together, we really should try to help each other.”

She said this for good reason, because due to her athletic and lean frame, Cecily has had her fair share of being the subject of many physical criticisms. Cecily shares that after she ran the Broad Street Run in 62 minutes as she was in the best shape of her life, somebody told her that she looked sickly.  In another incident, Cecily filled in for fellow 6ABC meteorologist Adam Joseph, who was sick, and she wore a sweater, slacks, and boots to work. She was then called out by a viewer who thought her clothing was ‘unprofessional’. To this, Cecily says that she “studied for years to become a meteorologist” and that after 23 years working on the station, she is much more concerned about her forecast than her wardrobe.

In October of 2017, an exasperated Tynan posted this message on her Facebook page addressing those that continually body shame her. 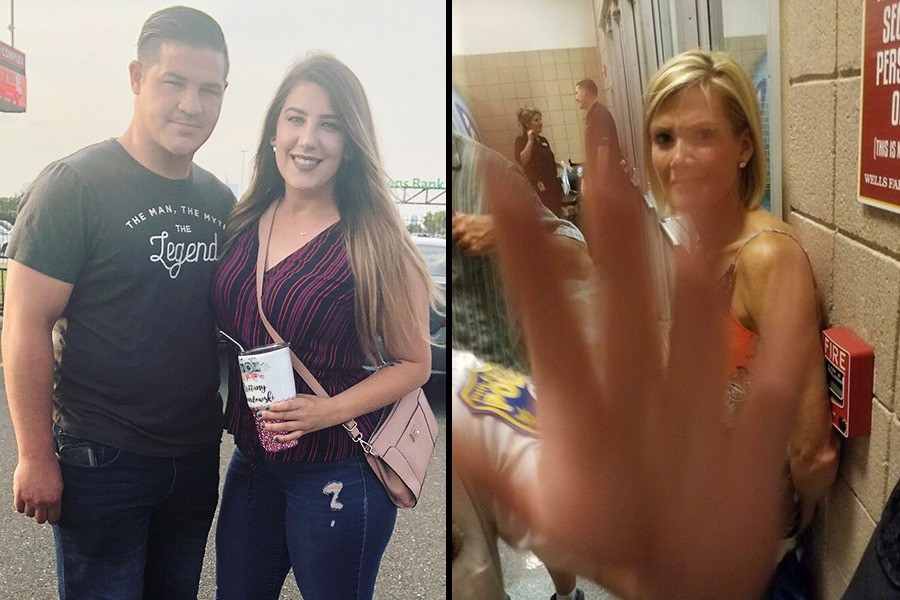 In June of 2018, Brittany Lewandowski, a South Philadelphia woman , filed a private criminal complaint against Cecily Tynan. In her version of the story, Lewandowski says that she and her boyfriend were enjoying a U2 concert at the Wells Fargo Center just after 9PM. She says that she was standing up and dancing at the beginning of the concert when she felt someone’s fingernails dig into her collarbone. These sharp claws allegedly belonged to Cecily Tynan, who was seated behind Lewandowski and her boyfriend. Lewandowski claims that Tynan told her that she was trying to enjoy the concert and asked her to “shut the f*** up”. Security was summoned when Tynan continued to yell and curse at her.

Lewandowski says that she has no idea who Tynan was. “I’ve never seen that woman before. I didn’t even know she was on TV. I only watch Fox 29”.

Philadelphia cops eventually showed up to take the report but advised Lewandowski that no arrest would be made but that she had the right to file a private criminal complaint with the DA’s (District Attorney’s) office.

Cecil Tynan has been in her industry for over 20 years. During this time, she has garnered several awards and citations for her contribution to her field. These include: 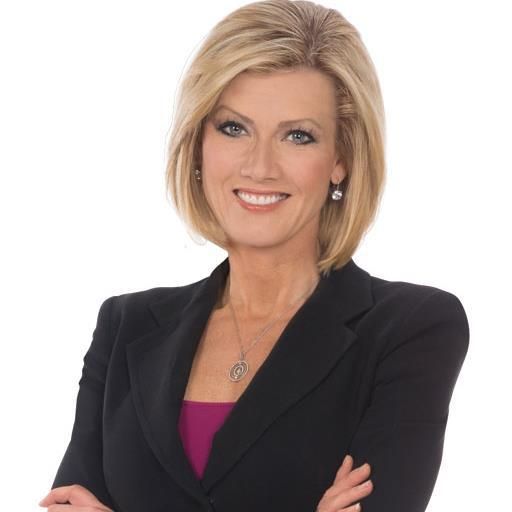 Cecil Tynan is considered a trailblazer on television in one of the biggest U.S markets. For National Women’s month this year 2020, Cecily’s career was highlighted by many news and media companies such as Yahoo News,  AccuWeather, Madison and Fox online.

The highlight feature shares that after a short stint at KTNV Las Vegas, Cecily returned to the East Coast. And when Cecily first started, she was the only female meteorologist at WPVI. Her station is now more diverse, but Cecily believes they still have room for improvement.

Cecily also shares that some of her female role models in the industry include Robin Roberts, whom she describes as someone who “makes you feel like you’re the most important person in the world”, and Diane Sawyer. Of the latter, Cecily says, “I love the fact that there’s absolutely no vanity about her whatsoever. She’s a workhorse, completely focused on her job but not taking herself too seriously.”

Cecily and her family have three pet dogs, Nala, Sandy and Kiwi. In August of 2019, Cecily made headlines at her local news Philadelphia Mag when her puppy Nala went missing. She eventually was able to successfully recover Nala.

Her three dogs are all often featured on Cecily’s social media pages.

Cecily Tynan keeps a Facebook account that she personally manages. She is quite active on the account, often posting questions that engage her audience to discuss differing opinions, such as this recent post of hers to wear or not wear a mask.

She also posts behind-the-scenes video footage of her in the studio before going live. These work posts are also interspersed with random personal updates, like her sharing a recipe for a chocolate chip banana loaf. Cecily is quote interactive with her audience on social media.

In late November of 2016, Cecily posted this update on Facebook saying, “I broke down and finally opened an Instagram account (all the cool kids seem to have one!)” Her Instagram account, @cecilytynan, now has over 37,000 followers.  She regularly posts a mix of personal and professional updates on her account and seems to be quite engaged in interacting with her followers.

CECILY TYNAN – MORON AND OTHER BLOOPERS

When you’ve been working in television for over two decades, it’s almost impossible to not have your fair share of bloopers on-air. For Cecily Tynan, her two most unforgettable on-air gaffes were when she called her fellow weather anchor Adam Joseph a moron on-air. What made this incident more hilarious was the fact that their colleague, broadcaster Jim Gardner, made a futile and satirical attempt to save the situation.

Another incident was when one of Cecily’s earrings fell as she was doing her routine weather broadcast. Her colleague Jim Gardner then can be seen casually walking across the green screen to pick her earrings up.

It’s quite clear from these bloopers that the anchors at WPVI / 6ABC consider themselves a close-knit family and gives their workplace an endearing ‘small-town studio’ feel.