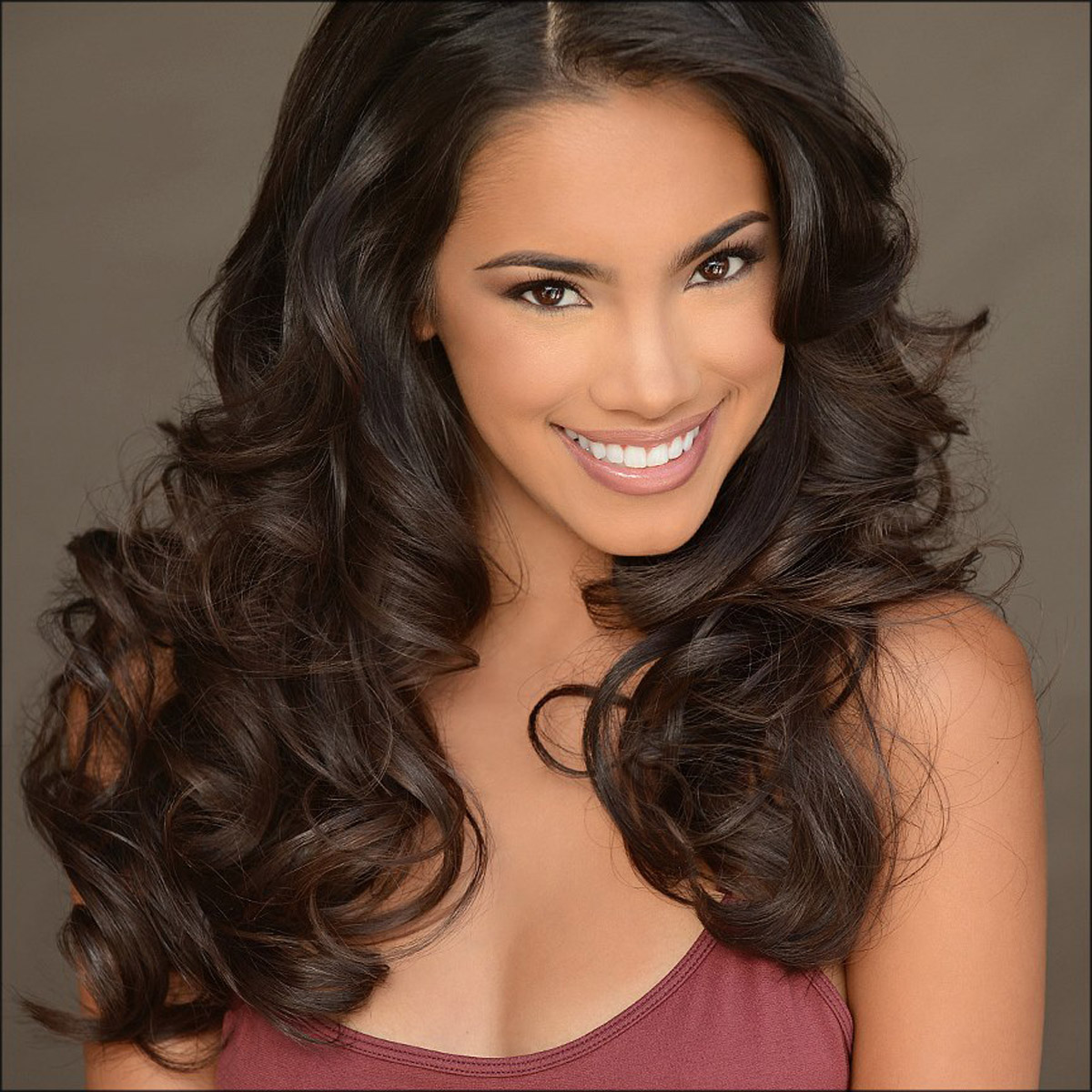 Bryiana is the President of the Iconic Beauty initiative. Flores first gained fame as the Playboy Playmate of the Month in September 2013.

In this post, we will be revealing details including her wiki, ethnicity, body measurements, Etc.

Who Is Bryiana Noelle Flores? How Old Is She?

Bryiana Noelle Flores was born on 21st July 1991 in California, United States. Currently, she is 27 years old. She holds an American nationality and is of mixed ethnicity. Her zodiac sign is Cancer.

She suffered from a severe, life-threatening blood disease as a child. She has used her experience with the disease to inspire many people as the President of Iconic Beauty, a women empowerment brand that helps women in their professional and personal aim.

Working under the camera can be exhausting. Getting followed around by the paparazzi is also just as tiresome. The Playboy supermodel decided on sparing her family from the limelight and chose to hide them.

There is zero information on her parents and family while growing up in California.

Bryiana always dreamed of being a model since her childhood. After completing her high school, she participated in different beauty pageants. In 2008, she won the titled of Miss Tenn of the Nation.

After two years, she was Miss California Teen. Then she moved to Los Angels to pursue her career in modeling. In 2014, Bryiana was crowned as “World Perfect Miss Pageant.”

Afterward, Noelle began her professional modeling career and received her first modeling assignment in Los Angeles. Bryiana rose to fame after she photographed for the  famous “Playboy Magazine” and made her the ‘Playmate of the Year.’

In today’s context, Bryiana Noelle is a successful model and severing as the President of ‘Iconic Beauty Initiative.’

Bryiana Noelle and Rob Dyrdek met is still a mystery. However, we do know that the couple dated each other for quite some time. On 26 April 2015, Rob Dyrdek proposed to the beautiful lady, Flores in Disneyland and she said Yes.

After that, the duo flew to the Caribbean. Rob shared a photo of Noelle’s hand, showing off her diamond ring with a caption. He wrote,

“No better way to celebrate then enjoying the beautiful crystal blue waters of the Caribbean.”

No better way to celebrate then enjoying the beautiful crystal blue waters of the Caribbean??☀️❤️ pic.twitter.com/QgNUM8fi5P

After five months later, Bryiana and Rob tied the knot in on 19 September 2015. On their wedding day, Bryiana’s husband Dyrdek shared some sweet words about her on social media. He wrote,

“Words could never describe how blessed and honored I am to call you my wife. You are my true one love, and I promise in faithfulness to love and protect you and our marriage, till the end of time.”

In Septemeber 2018, Flores and Dyrdek celebrated their third anniversary. She wished her husband a happy anniversary via Instagram. She posted a photo with a caption,

I don’t know how you do what you do.. I’m so in love with you.. It just keeps getting better ??❤️ We are officially 3 years into our forever and @robdyrdek surprised me with the BEST way to celebrate! I am so grateful for the unconditional love you shower me with every single day. Happy Anniversary to the best husband in the entire world ?

“I don’t know how you do what you do. I’m so in love with you.. It just keeps getting better. We are officially three years into our forever, and @robdyrdek surprised me with the BEST way to celebrate! I am so grateful for the unconditional love you shower me with every single day. Happy Anniversary to the best husband in the entire world.”

Bryiana Noelle Flores has two children. Briyana gave birth to a baby boy, Kodah Dash Dyrdek on 9 September 2016 at 7:28 pm with 7.7 ounces. Her husband, Rod shared a cute photo of their son on his Instagram.

He stated that he and Bryiana felt so blessed and thanked for his healthy baby boy.

On Saturday 24th June 2017, Bryiana and Rob took to their Instagram accounts to reveal that their second baby, a girl, is on the way. They hosted a party with close family and friends where they showed the sex of the baby.

They welcomed their second child, a daughter, Nala Ryan Dyrdek in 2017. She even shared the family photo with the newborn baby on her Instagram.

My heart has never been more full than it is right now. @robdyrdek thank you for being the most amazing and supportive husband and the best daddy in the whole world! Kodah, your sissy is so lucky to have you as her big brother and I am so, so proud of you! Nala Ryan Dyrdek, welcome to our family. You are loved beyond measure and there will never be a moment in your life that goes by where you aren't reminded of that ❤

What Is Bryiana Noelle Flores’s Net Worth?

As a result of a successful career for such a long time, it has presented her fame as well as fortune. Bryiana Noelle has worked very hard and struggled a lot to reach that amount of net worth in her career life.

She hasn’t revealed much information about her salary on the internet. Bryiana Noelle salary has not come up till today.

Bryiana Noelle Flores has a net worth of $3 million.

Flores earns an enormous amount of money through her professional career. She also makes other wealth from the endorsement deal. Besides, she is also an entrepreneur.

Bryiana Noelle Flores has a height of 5 feet and 3 inches and weight around 55 kg. Her body measurement is 32-25-33 inches. Noelle has black eyes and hair.

She is popular on Instagram which has with beautiful photos. Moreover, she also posted several pictures of her husband and kids.